Home AMERICAN DUPLICITY Kim Petersen interviews Jeff J. Brown: What does the rise of China mean for the rest of the world? Part 1 of 3

Kim Petersen interviews Jeff J. Brown: What does the rise of China mean for the rest of the world? Part 1 of 3 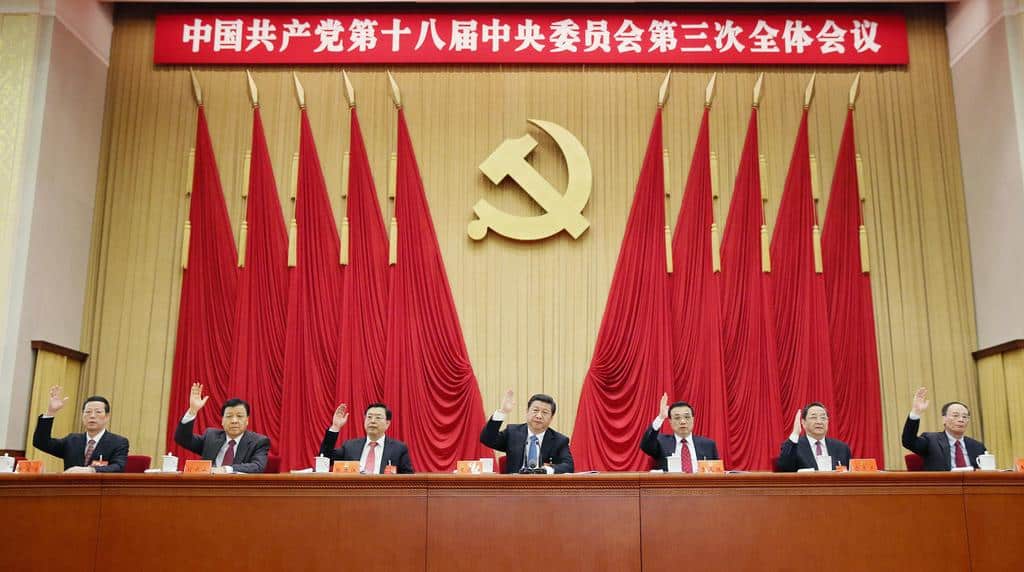 China has its own brand of democracy that is mostly alien to the uninformed. Yet, it is working very, very well for the overwhelming majority of Chinese citizens. Pictured above, China’s preeminent political power group, the Politburo Standing Committee (PSC), with President Xi Jinping in the middle, is shown above, voting on a law or motion, at the Third Plenum Session of the 18th Party Congress, 2012. The decisions this group of leaders makes or guides, have a huge impact on world events, including the West, whether non-Chinese realize it or not. This is what Jeff Brown means when he says that Beijing is the most powerful, influential capital in the world. (Image by scmp.com)

Mr. Kim Petersen is the well known former co-editor of the popular Dissident Voice. Kim is a stalwart fighter against racism, colonialism, empire and war. He is finishing reading Jeff J. Brown’s newest book, China Rising – Capitalist Roads, Socialist Destinations. It inspired him to ask Jeff questions about China, the West, past, present and future. Kim’s penetrating questions got answers from Jeff that may surprise or vex you, depending on your point of view.

This is the first of their 3-part interview also published on:

Two other installments are forthcoming. Stay tuned. After the third and final installment, a podcast of all the questions and answers will be posted for your listening enjoyment.