Racism—Aided by Democrats Numerous Betrayals—Wins Again: The Duopoly at Work

Special to The Greanville Post | Commentary No. 64: “ Racism—Aided by Democrats Numerous Betrayals—Wins Again: The Duopoly at Work” 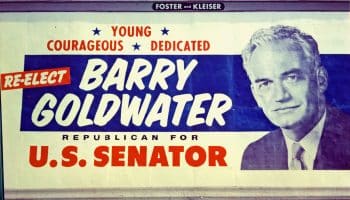 The controversial (at the time) Goldwater ran in part on his opposition to the Civil Rights Act.

[dropcap]A[/dropcap]s I have previously noted in this space, racism, set into the Doctrine of White Supremacy, has been part of the basic fabric of life in that land which eventually became the United States of America since some of the first European settlers imported the first slaves from Africa to work their farms at the beginning of the 17th century.  What I used to call the First Civil War, as is well known erupted in part over the issue of slavery in the middle of the 19th century.  The central element of the Southern ideology, which fueled that war and got many non-slave holding poor whites to fight and die to uphold the property rights of the slave-owners, is that same Doctrine of White Supremacy.

I have previously discussed how the South actually won the First Civil War because all of its principal aims were achieved, except for the maintenance, in name and property relationships, of the institution of slavery.  In essence, the institution was maintained in the South for 100 years or so through the political structure known as “Jim Crow.”  Interestingly enough, the first objective of the Ku Klux Klan and similar terror organizations established in the South during Reconstruction was to deny the recently freed slaves the vote.  (Sound familiar?)  More recently I have come to the conclusion that actually the Civil War never ended in this country.  It has simply continued through means other than the use of force.

Now, as well known, since the end of the First Civil War there has always been a U.S. political party running in part on racism.  Everyone reading this column knows that until the mid-1960s and the passage of the Voting and Civil Rights Acts it was the Southern wing of the Democratic Party, and that since Nixon developed the “Southern Strategy” it has been the Republicans.  It happens that when the time came, racism and the Doctrine of White Supremacy easily found homes in the Republican Party.  One of its founding components in the 1850s was the “American Party” of the time, otherwise known as the “Know-Nothings.”  It was based on xenophobia, in that instance against Irish immigration.  In the DNA of the Republican Party was subsequently the Chinese Exclusion Act of 1885, the Immigration Act of 1924 which virtually excluded Southern and Eastern Europeans, and Jews in general, and the campaign to lock up Japanese-American citizens in the Western U.S. and Hawaii during World War II (implemented by Franklin Roosevelt but started by California Republicans led by the pre-Supreme Court Earl Warren).

“I have previously discussed how the South actually won the First Civil War because all of its principal aims were achieved, except for the maintenance, in name and property relationships, of the institution of slavery…”

[dropcap]R[/dropcap]acism has been part of modern Republican Party doctrine since Barry Goldwater ran in part on his opposition to the Civil Rights Act.  That history is well-known.  But for the most part, they have used “dog-whistles,” employing racism in terms for which they could invoke plausible deniability: “oh that’s not what we meant.”  What many in the Repub. Party didn’t like about Trump was not that he is a racist, but that — being very open about it — he ripped the hood off the Party’s overall inherent  racism.  (In the column just cited, I do have to immodestly say that last March I stated that I thought that Trump could win, precisely because he openly runs on racism.  Furthermore, in a  column just before that one, I discussed the “Republican Genius” of being able to enact policies that are unpopular with many voters — like encouraging the export of capital — and then blaming the very predictable outcomes on the Democrats.  Trump did that to a fare-thee-well during the campaign.) 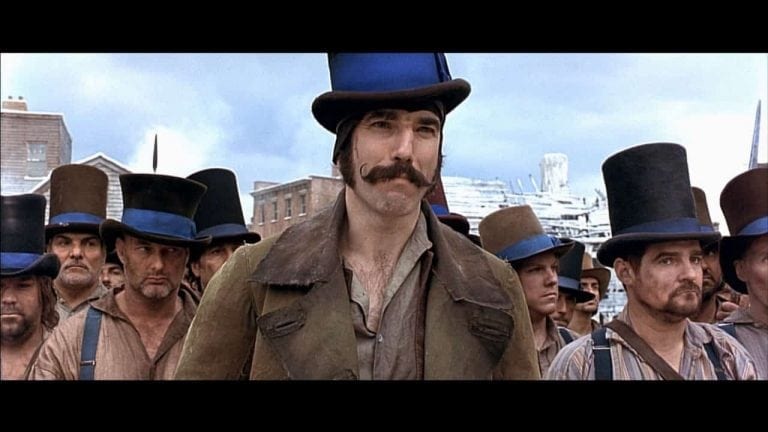 Many political observers “on both sides of the aisle” are trying to account for the surprising Trump win — certainly surprising to the vast majority of political pollsters and long-time political analysts like, for example, Larry Sabato, who though that Clinton would win with about 320 electoral votes — by something else, anything else, than the open exploitation by Trump and the Repub. Party that stayed with him of the racism that is at the center of the Doctrine of White Supremacy, which spread across the whole country following the end of the First Civil War.  But the former White House aide Van Jones put it very well when he referred to what happened nationally in this election as “White Lash.”

Of course, Trump played it to a fare-thee-well by combining anti-black racism with anti-Latino racism, with anti-Muslim racism/religious prejudice, with, coming in at the end of the campaign once the Steve Bannon/Breitbart Far Far Right (my term for them, rather than the mealy-mouthed “alt-right”) took over running the campaign, anti-Semitism.  To many it came as no surprise that the Ku Klux Klan endorsed Trump (and it should not have: many don’t know that in 1980, while the KKK did not actually endorse Reagan, their published platform was very similar to that of the Repubs. that year.)

There were many tactics that Hillary Clinton could have employed in her campaign that she did not.  But playing her role in the Duopoly to the hilt, she did not.  Primary among them were that she could have and should have openly attacked Trump as a racist and an exploiter of racism.  In doing so she should have pointed out to his base not that they are “bad people” — the “deplorables” — but that they were allowing themselves to be exploited by a man and a major wing of his party that had absolutely no interest in the problems of the left-behind-working class.  Further that it has been primarily Republican policies which have created the plight in which such workers find themselves.  As pointed out above, it is Republican genius that has enabled them to blame the outcomes of their policies on the Democrats.

But of course, it is in part that they have been able to do that because of the right-wing, Duopolistic policies of the old Democratic Leadership Council (DLC) which for the most part have run Democratic Party politics since Bill Clinton became President.  In fact, Hillary can be seen as expressing the last gasp (hopefully, anyway) of the DLC in the way she ran her campaign.  (For a neat Hillary/DLC illustration, see: https://www.greanvillepost.com/2015/12/15/gop-rightward-imperative-109713/.)  One can count the ways (as many are already doing and I will likely do in some column down the line).  is that you do not attack the other party’s racism.

But at the center of DLC doctrine is that you do not attack the way the other party is exploiting the underlying racism in the U.S. to distract voters from what the real issues are.  You use a simple-minded slogan such as “stronger together” rather than going after the other guy (on issues other than “character,” especially when you have “character issues” yourself) — who claims he’s a billionaire — in the strongest possible language explaining who his friends are, who his supporters are, and how they are determined to continue the policies that have brought the people to whom Trump is appealing to the state in which they find themselves.  And of course, she did not touch on the class basis of Trumpism.  She did not hammer away at how every single one of Trump’s policies, from further cutting taxes for the rich to ending regulation of the environment and the economy as we know it, benefits those of the owning class who put that white working class exactly where it is.

But she didn’t do any of that, because the right-wing DLC Democrats of the Duopoly just don’t do any that.  And Trump got away with it, and won.

In 1991, as one young Democratic candidate put it, so well, when he announced for the Presidency:

“ ’For 12 years, the Republicans have tried to divide us, race against race.’ . . .  ‘Here in the shadow of this great building, all of us, we know all about race-baiting. They’ve used that old tool on us for decades now. And I want to tell you one thing: I understand that tactic, and I will not let them get away with it in 1992.’ “

Well, of course Bill Clinton has let them get away with it since that time and his wife did it again this year.  The first task for a re-building Democratic Party—assuming this party is reformable, which many truly progressive observers seriously doubt, suggesting the people’s energies should be invested in a genuine non-duopoly formation—is to engage vigorously in that endeavor.  It is an equally important one for the Left in this country as it tries to face a future which may well turn fascist sooner rather than later.

Senior Editor, Politics, Steven Jonas, MD, MPH is a Professor Emeritus of Preventive Medicine at Stony Brook University (NY) and author/co-author/editor/co-editor of over 30 books.  In addition to being Senior Editor, Politics, for The Greanville Post, he is: a Contributor for American Politics to The Planetary Movement; a “Trusted Author” for Op-Ed News.com; a contributor to the “Writing for Godot” section of Reader Supported News; and a contributor to From The G-Man. He is the Editorial Director and a Contributing Author for TPJmagazine.us.  Further, he is an occasional Contributor to TheHarderStuff newsletter, BuzzFlash Commentary, and Dandelion Salad. Dr. Jonas’ latest book is Ending the 'Drug War'; Solving the Drug Problem: The Public Health Approach, Brewster, NY: Punto Press, available on Kindle from Amazon at  http://www.amazon.com/Ending-Drug-War-Solving-Problem-ebook/dp/B01EO9RGKO/ref=sr_1_4?s=books&ie=UTF8&qid=1461783388&sr=1-4&keywords=Ending+the+Drug+War

The Democratic Debacle – The Day After