Home DISTINGUISHED COLLABORATORSAlexander Chopov The Truth of what happened to MH17

The Truth of what happened to MH17

Recently the JIT (Join Investigation Team) released its report on what happened to the MH17. Just like the Russia-bashing Western press, the report, instead of examining all evidence, and find out what really happened, picks and sorts evidence to “prove” the initially assigned guilt – RUSSIA DID IT. In this video, we travel to the MH17 crash site, carefully study the report, and point out the huge number of flaws, leaps and logic and white spots in the report! 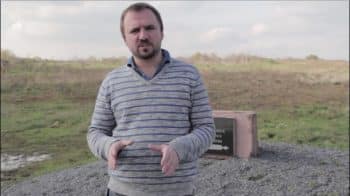 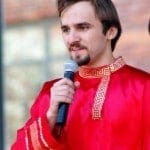 Alexander Chopov, PhD is Director and Producer of a new YouTube Channel – War in Ukraine – the Unreported Truth. The purpose of the channel is to give the people of Donbass an English voice so they can be heard beyond Donbass. Dr. Chopov  has a double major in International Affairs from George Washington University, and a doctorate in political science from the Diplomatic Academy of the Ministry of Foreign Affairs of Russia. He interned in the US Congress,  and has lived in US for over 10 years studying both American mentality and politics. Chopov is an independent geopolitical analyst. He was a senior teacher at the Institute for Foreign Languages where is are of expertise was the theory and practice of interpreting. He makes his living as a DJ and producer of musical shows.

If you appreciate our articles, do the right thing and let us know by subscribing. It’s free and it implies no obligation to you—ever. We just want to have a way to reach our most loyal readers on important occasions when their input is necessary. In return you get our email newsletter compiling the best of The Greanville Post several times a week.
Make sure many more people see this. It's literally a matter of life an death. Imperial lies kill! Share widely.
MH17
0
FacebookTwitterPinterestRedditEmail
previous post

The Yellow Brick Road to Extinction

A Nonviolent Strategy to Liberate Syria

OPEC++ Or A Dead Shale Industry?