In Orwellian times deception is loyalty

The faint remaining hope that a Trump administration could be the beginning of a much needed reflection on decades-old failed and often criminal United States policies was scattered to the winds on December 9, 2016. It is turning out, that not only emperor-elect Trump will miss a honeymoon with the people of the Land of the Brave, but also that his Deplorable faithful supporters will find they were conned into a shotgun wedding. The bait-and-switch operation has had all the hallmarks of maximum betrayal on zero notice. 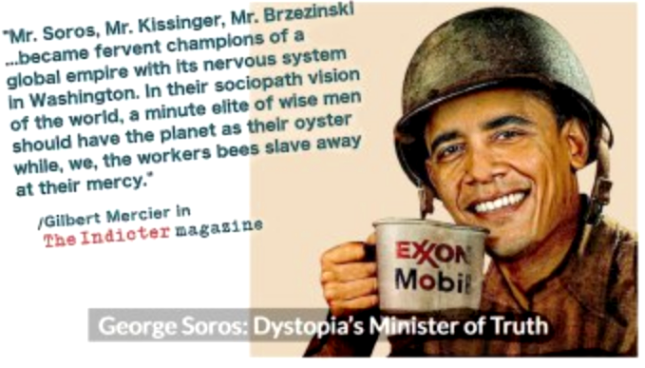 First and foremost, the puppet-emperor’s globalist masters got him to betray one of his only political friends: Rudolph Giuliani. The former Mayor of New York had stood firm at the lowest point of Trump’s campaign, when he was found to have claimed, on record, that he liked to grab women by their private parts. It is likely that without Giuliani’s diplomacy and staunch support, Trump’s chance to win the election would have been flushed down the toilet. It would appear that the surrogate master who will be inaugurated on January 20, 2017 to hold court in Washington DC’s main plantation, lacks respect for the critical social bond that is loyalty. 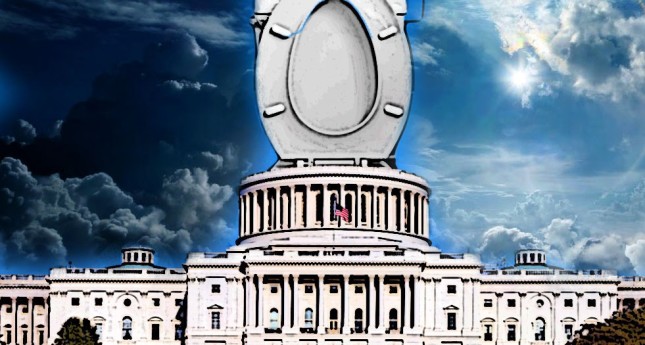 Turning the swamp into a cesspool

At some point, Guiliani was on the short list to become Secretary of State. This key position, which Guiliani wanted, would have been a logical reward for the man who stood by Trump, rain or shine. On December 9, the populace was told that Giuliani would not serve at all in Trump’s cabinet. Not only that, but the able if sometimes caustic Rudy Giuliani would  likely be replaced by a former CEO of Exxon-Mobil, as the United States’ top diplomat. All of this would have some great comedic value if the joke were not on all of us. It seems that, to serve in Trump’s cabinet, the first requirement is to be richer than Trump, and the second is to be a curse for the position for which you were considered. Trumpism has been defined. Gone are the vaguely able globalist technocrats; they are being replaced by climate-change denying globalist plutocrats. 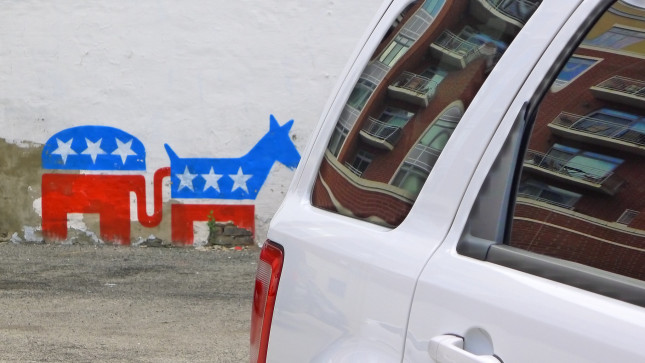 In the realm of finance, Trump was told that the Clintons’ favorite banksters had so stay in charge. They will see to the Wall Street wealth concentration system for the global elite’s benefit. They will also make sure that Zionism, not US patriotism, remains the guiding principle of US foreign and economic policy. One can expect the “Bomb, bomb Iran!” scenario to take center stage once again, to cater to the whims of Israel. Naturally, the banksters of Goldman Sachs, and all of their colleagues, will not be investigated for the biggest heist in US history: the theft of $850 billion, which was the bailout in the aftermath of the engineered real-estate market bubble and subsequent 2008 stock-market crash. Under the direction of Goldman Sachs, wages will be stagnant, and slave labor will flourish outside the US. As regards trade agreements, one can expect another betrayal: with Goldman Sachs in charge, US citizens should prepare themselves for an abrupt 180-degree turn on Trump’s electoral promises to scrap the Trans-Pacific Partnership (TPP) and its trans-Atlantic trade agreement counterpart. 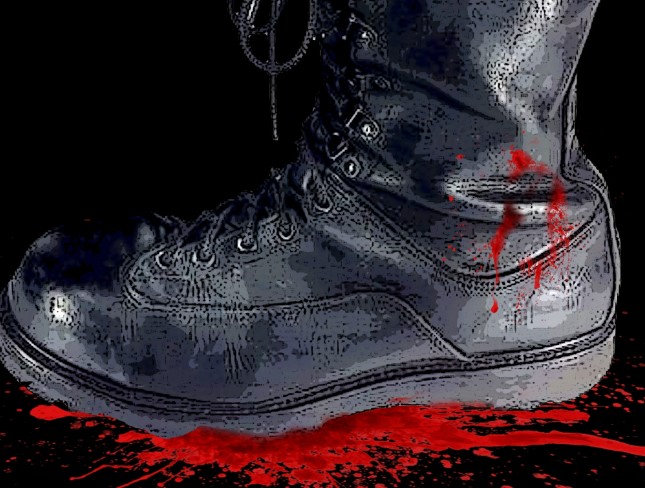 Generals in the wing

Vietnam-war dodger Donald J. Trump seems to be fascinated by tough military guys and to find comfort in surrounding himself with aging testosterone. Perhaps it is because there is not much to his bravado and made-in-America Caligula. Rest assured that the numerous spokespersons of the military-industrial complex in Trump’s entourage will be a match made in heaven for the Goldman Sachs branch of Trump’s government. Expect wars in the forecast. Perhaps we will even see another change of heart from Trump with regard to Russia. 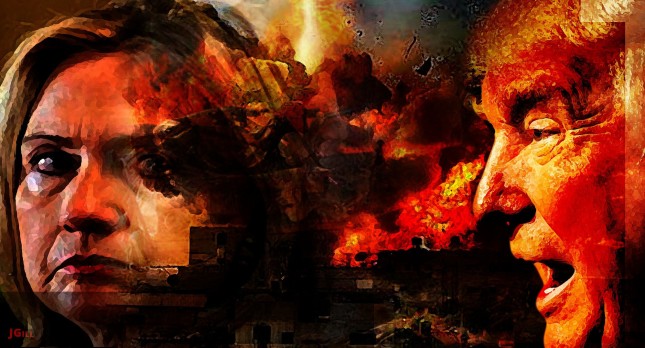 The generals, bankers, and Zionists who will populate the administration should tread carefully, however, because an attack on Iran would take us back to the Soros-concocted scenario for World War III via Clinton. The Saudis, Qataris and US-sponsored Islamist mercenary army ISIS, aka Daesh or whatever new name they might take in the future, have already been defeated in Syria. Turkey might also wise up and strike an alliance with Russia. What would happen then, if Wall Street and Trump’s generals become so delusional as to challenge Iran openly via an Israeli nuke attack? One can easily project that within a day or two, the little magical kingdom of Saudi Arabia and the other Gulf mini-states would be reduced to rubble from strikes by Iranian jet fighters. Israel itself might face the might, of not only Arab countries joining forces, but also perhaps from the former Ottoman empire. Therefore, all parties should recognize that any provocation of Iran would be a lose-lose proposition. 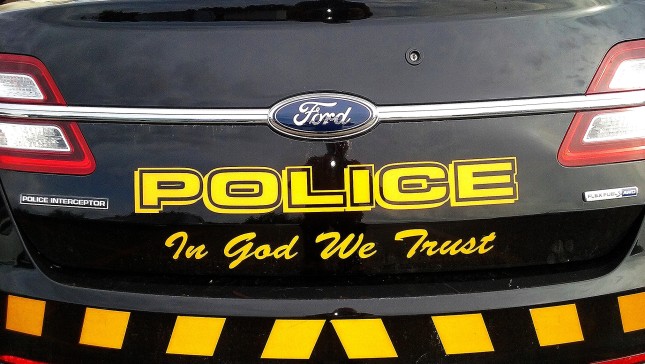 Many Christians in the US voted for Trump because of his running mate, Mike Pence. The morality of the New York playboy was probably questionable to them. Like the Clintons and their sponsor George Soros, Trump’s cabinet choices suggest that he values money above all else. So far, he has not showed proof of loyalty or evidence of any principled stance. 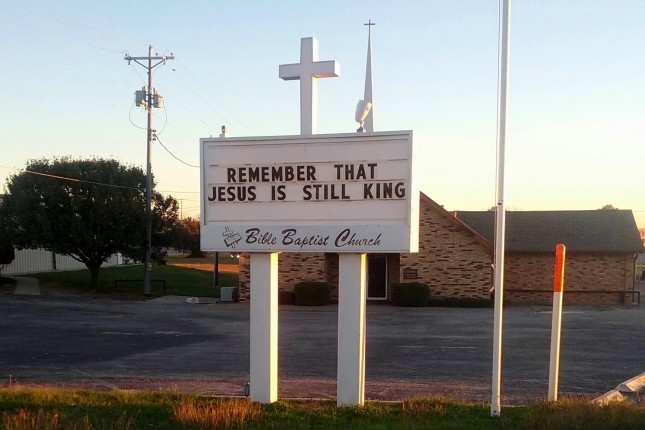 NOTE: ALL IMAGE CAPTIONS, PULL QUOTES AND COMMENTARY BY THE EDITORS, NOT THE AUTHORS • PLEASE COMMENT AND DEBATE DIRECTLY ON OUR FACEBOOK GROUP CLICK HERE
Contributing Editor Gilbert Mercier is a veteran journalist and geopolitical analyst. He is a founding ediror of News Junkie Post, which he co-edits with Dady Chery.

How War Propaganda Keeps on Killing

What about Christian & Catholic banister?s:

‘The new mix is apparent in Citibank’s three vice chairmen. They are Hans H. Angermueller, son of German immigrants; James D. Farley, an American of Irish descent whose family has been prominent in national politics, and Thomas C. Theobald, a Catholic educated mainly in Jesuit schools – in contrast to the Ivy League schooling traditional in the banking establishment.

Chase’s Mr. Terracciano is responsible not only for corporate lending here and abroad, but also for investment banking and ”electronic products.” At Chase, the ascension of four Catholics – Mr. Terracciano, Mr. Ryan, Robert R. Douglass, another vice chairman, and Thomas G. Labrecque, president and No. 2 man -contrasts sharply with the bank’s past, when its top management was a bulwark of the Protestant establishment. Its current chairman and chief executive officer, Willard C. Butcher, fits that mold, as did David Rockefeller, his predecessor. Before Mr. Rockefeller it was George Champion, a former director of the Presbyterian Lay Committee, and a member of the Pilgrims of the United States.’

Capitalism is inherently christian…. reminiscent of the exceptionalism of christianity…. those who do not follow the teachings of jesus are excluded, those who follow reap the wealth and power of the vatican. And what about the vatican bank? To single out ‘zionist’ banksters creates a misleading picture, lurking beneath this labeling is the age old christian mantra of ‘christian good, jew bad.