Home ABOMINATIONS US Intervention in Syria? Not Under Trump

US Intervention in Syria? Not Under Trump 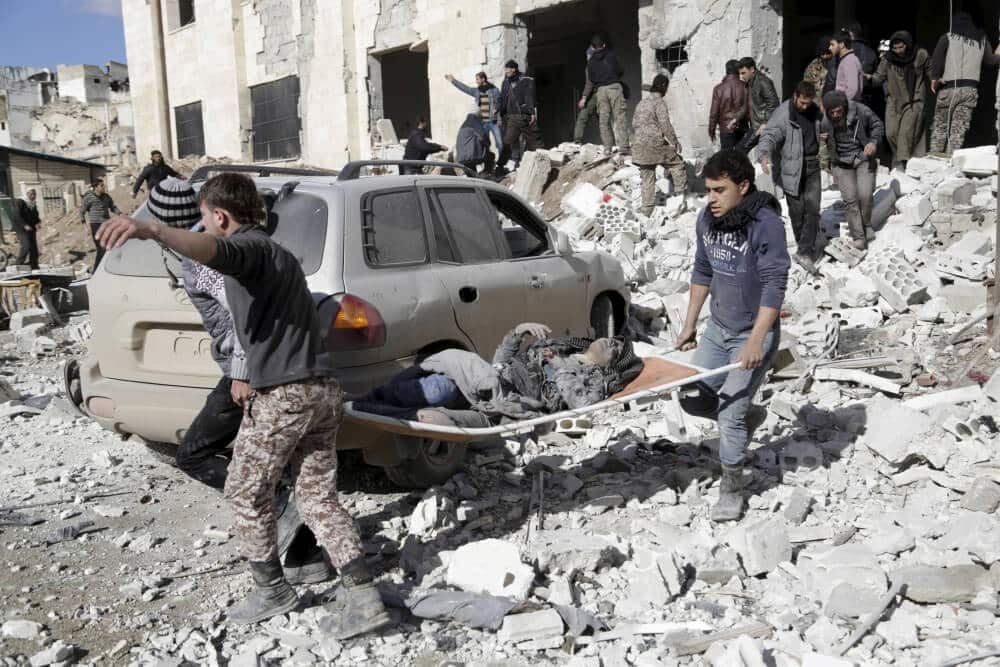 A new coalition of US-based organisations is pushing for a more aggressive US intervention against the Assad government. But both the war in Syria and politics in the United States have shifted dramatically against this objective.

When it was formed last July, the coalition hoped that a Hillary Clinton administration would pick up its proposals for a more forward stance in support of the anti-Assad armed groups. But with Donald Trump in office instead, the supporters of a US war in Syria now have little or no chance of selling the idea.

One of the ways the group is adjusting to the new political reality is to package its proposal for deeper US military engagement on behalf of US-supported armed groups as part of a plan to counter al-Qaeda, now calling itself Jabhat Fateh al Sham.

But that rationale depends on a highly distorted presentation of the problematic relations between those supposedly “moderate” groups and al-Qaeda’s Syrian offshoot.

Plan for a Clinton White House…

The “Combating al-Qaeda in Syria Strategy Group” was formed last July by the Center for a New American Security (CNAS), according to the policy paper distributed at an event at the Atlantic Council on 12 January.

The “Strategy Group” also includes Charles Lister of the Middle East Institute and Jennifer Cafarella of the Institute for the Study of War, both of whom have advocated direct US military force against the Syrian government in support of the armed opposition.

But it was CNAS that had the political clout to bring the coalition together under what appeared to be very favourable circumstances. Michele Flournoy, the founder and CEO of CNAS and a former third-ranking Pentagon official, was reported to be Clinton’s likely choice for secretary of defence during the 2016 presidential primaries. And the June 2016 report of a CNAS “study group” co-chaired by Flournoy was in line with Clinton’s openly declared support for a more muscular US intervention in Syria.

That report had called for a US-declared “no bombing zone” to protect armed opposition groups, vetted by the CIA, from Syrian and Russian attacks. Flournoy had then described the policy in an interview as telling the Russian and Syrian governments: “If you bomb the folks we support, we will retaliate using standoff means to destroy [Russian] proxy forces, or, in this case, Syrian assets.”

The new coalition of think tanks began meeting last summer when the politics in the United States seemed favorable for a political campaign for US military intervention in Syria.

On 30 September, Lister published a lengthy essay calling on the United States to provide shoulder-fired anti-aircraft missiles to ”moderate” opposition groups as well as to threaten attacks on the Syrian army if it violated the ceasefire. Lister was obviously hoping that President Clinton would adopt that policy option a few months later.

…repackaged for a Trump presidency

Now the new strategy group is trying to sell the same proposal to Trump, calling it “a holistic, preventative counter-terrorism policy that empowers moderate Syrians… to overcome extremists in Syria….” It argues that al-Qaeda is seeking to gain control over areas now controlled by “moderate” forces in order to establish “an enduring Sunni extremist order in Syria”.

But the argument that these armed groups, which the US has supported in the past, would be prepared to resist al-Qaeda’s long-term caliphate with more money and arms and US bombing of Assad’s air force, is too divorced from reality to have traction in Washington now. In fact, the so-called “moderate” armed groups have never been truly independent of al Qaeda in Syria. They have depended on the highly disciplined troops of al-Qaeda and its closest allies and the military strategy devised by al-Qaeda commanders to pressure the Assad government.

Lister himself has been clear on this point. Under his proposed plan for the United States to use the threat of military force against the government, the CIA-vetted “moderate” armed opposition groups were not expected to end their military cooperation with Fateh al-Sham or to separate themselves physically from its forces, as had been provided in both the February and September ceasefire agreements.s

Lister stated explicitly his assumption that such cooperation was “unlikely to diminish significantly” – even if his proposal were to be carried out.

Rather, the idea of Lister’s plan was to force negotiations on the Assad government. That aim would still obviously have required the continued military power of Fateh al-Sham and Ahrar al-Sham to succeed.

Lister and his fellow coalition members are not likely to be able to sell the new administration on the idea that any of the Syrian armed groups the CIA has supported would even consider seriously resisting Fateh al-Sham under any remotely believable circumstances.

Syrian army: The only alternative? 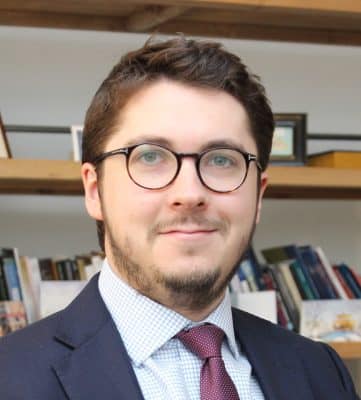 Charles Lister: part of the huge constellation of  “analysts” advising the US ruling class on how to plot and execute its murderous depredations abroad. Intellectual prostitutes like this are responsible for countless deaths and the destruction of entire societies.

Washington Post columnist David Ignatius recently recalled meeting with leaders of Harakat al-Hazm, considered the most promising “moderate” armed group in Syria, at a safehouse in Turkey in late 2014. He found them “despondent”, because the United States had just carried out a rare air strike on al -Qaeda operatives believed to be plotting a terrorist attack on the West.

They told Ignatius that, because of the US bombing what was then called the Nusra Front would no longer tolerate the group’s operations. Soon after the meeting, the Nusra Front did indeed eliminate Harakat al-Hazm and appropriate all the TOW missiles and other military equipment the CIA had given them.

It recognised that, despite the serious faults of the Assad government, the Syrian army was the only Syrian institution committed to resisting the terrorist presence in Syria.

The Ignatius account reflects a fundamental reality throughout northern Syria, from 2013 onwards, that was simply ignored in media coverage: all of the opposition groups have been absorbed into an al-Qaeda-controlled political-military order. The idea that the “moderate” groups could be a bulwark against al-Qaeda, which is now being peddled by Lister, Cafarella and CNAS, no longer has any credibility even in those quarters in Washington that were once open to it.

A tell-tale sign of the shift in attitude toward those groups’ mood in Washington is the fact that Ignatius used the past tense in referring to the CIA’s programme of arming the “moderate” groups in Syria in his article last month.

The US military leadership was never on board with the policy of relying on those armed groups to advance US interests in Syria in the first place.

It recognised that, despite the serious faults of the Assad government, the Syrian army was the only Syrian institution committed to resisting both al-Qaeda and Islamic State.

It seems likely that the Trump administration will now return to that point as it tries to rebuild a policy from the ashes of the failed policy of the Obama administration.

Gareth Porter is an independent investigative journalist and winner of the 2012 Gellhorn Prize for journalism. He is the author of the newly published Manufactured Crisis: The Untold Story of the Iran Nuclear Scare.

MAIN IMAGE: Michele Flournoy, professional warmonger and former third ranking official at the Pentagon. She proves that when it comes to malignant criminality, wearing skirts assures no exception.  How these people come to the conclusion that raping countries in the Middle East is part of “National Security” will have to be answered before a war crimes tribunal. Maybe huge sums of money have something to do with such lucidity?