A week after being inaugurated, Donald Trump, intent on making good on one of his key campaign promises, issued a ban on citizens of seven Middle Eastern countries entering the US, causing chaos in airports worldwide, and demonstrations by those who didn’t vote for him.  Opposition runs the gamut from ‘this is not my America”, to “you got the timing wrong” and “you left out Saudi Arabia and the Gulf monarchies who actually fund Islamic terrorism”, but it’s certain that haste is making Donald Trump look like a waster.  His saving grace is to have agreed with Russian President Vladimir Putin to join forces to defeat ISIS across the globe. (Little publicized in the US is the fact that pro-Russian Chechens are already leading the charge in Syria.)

While the West is told that the Chechen War incarnates Russia’s relationship with Islam, the fact is that together with its Eastern Orthodox Church — it has for centuries co-existed with Islam, which explains how there can be a pro-Russian government in Chechnya, whose Islamists fought two wars, first against Yeltsin’s Russian Federation, December 1994 to August 1996 then from 1999, when Vladimir Putin was Prime Minister, to 2009, following Putin’s second term when he traded places with Prime Minister Dmitry Medvedev.  Not only did Putin win the peace with the Chechens, he has adopted policies vis-a-vis his country’s Islamic neighbors that are very different from those the US implemented in its attempt to dominate the Middle East. Following the conflict, they have had little in common with those implemented by the United States after the Civil War, when ‘reconstruction’ was a myth that led to officially sanctioned segregation and a struggle for equality that is yet to be won. Russia contributed generously to Chechen reconstruction, favoring a modernization that supports tradition, refusing to throw the historical, as well as the socialist baby, out with the bathwater.  And this has been Putin’s successful policy with the majority Muslim nations — known as the Stans — across Russia’s southern border.  Recently, the capital of Kazakhstan, Astana, came to international attention as host of the first successful talks between the Syrian opposition and the Assad government, January 23 and 24, 2017.

While President Trump and President Putin have just agreed to coordinate their military interventions to defeat ISIS, it is a mistake to imagine that the Judeo-Christian world will win the war against ISIS merely by taking back the ‘Caliphate’s real estate, for crowd attacks that kill dozens of innocents can go on indefinitely: there will never be a lack of rudimentary ammunition or of willing ‘martyrs’.

Communicating in headlines, though largely ignorant, politicians fail to explain why: every country where Islam is the dominant religion, diverse though their individual histories may be, is involved in a transformation similar to that which began for Christianity in the sixteenth century. Not unlike the effect of modernity on Muslims today, over a millennia and a half of ‘progress’, Catholicism’s earnest beginnings degenerated into a lewd traffic of favors. Martin Luther, a German priest, publicly ‘protested’ this state of affairs and set about ‘reforming’ the religion of Christ. Over time, his initiative lead from absolutism to democracy, and the separation of Church and State. But also, the primacy of external freedom, or freedom to act. Islamists are trying to put morality back into politics by promoting internal freedom, wherein lie moral certainties and religion.

Luther’s act of defiance morphed into a hundred year war between European Catholics and Protestants, but it had few repercussions on the outside world. Islam today spans the globe, and although its reformation has been under way for much of the last century, as testified by numerous writers, including Alastair Crooke and Tariq Ramadan, it’s partly the ethical degradation of the Judeo-Christian world — to use Vladimir Putin’s phrase — that has provoked its violent turn.

When, for the second year in a row, young Muslim immigrants used the New Year’s celebrations to sexually assault young women (whether to adopt that degradation or call attention to it), Europe’s leaders finally realized that by supporting US efforts to rule the world, they had contributed to the demise of their own. While sending fighter planes out from their front doors, they left their back doors open to their victims — and many others who simply want a better life. And even as politicians tell their voters they must get used to terrorism, peaceful, law-abiding Muslim immigrants are changing the population ratio in Europe.

As an end to the war against ISIS in Syria is in sight, the question is whether Donald Trump will take the time to learn the back-story to the Islamists’ agenda. 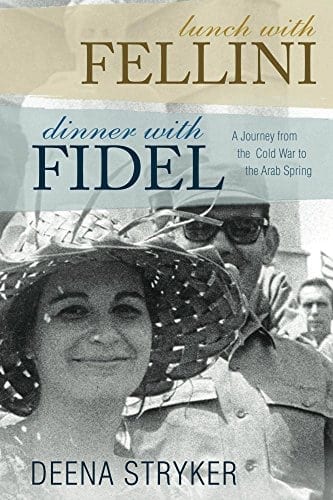