Home ABOMINATIONS French politics reveal why the West is such a mess. Diana Johnstone tells it like it is on China Rising Radio Sinoland

French politics reveal why the West is such a mess. Diana Johnstone tells it like it is on China Rising Radio Sinoland

French politics reveal why the West is such a mess. Diana Johnstone tells it like it is on China Rising Radio Sinoland 170425

Editor’s note: we apologize to Ms. Johnstone and China Rising Radio Sinoland fans. This article was lost, when this site was migrated to a bigger server, and has just been reconstituted. 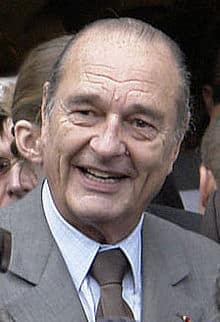 The last independent French president was Jacques Chirac (1995-2007). He made his citizens proud when it was reported that he told George W. Bush, over the telephone, “to go hell”, when asked to join America’s phony “Coalition of the Willing”, to invade and destroy Iraq in 2003.  Thereafter, the American boll weevils, bed bugs and termites infested and still do, the halls of French power, from the Elysée (France’s White House), to France’s CIA (called the DGSE), to the Ministry of Foreign Affairs (its Department of State) to the military. After real independent leaders, left and right, like De Gaulle, D’Estaing and Mitterand, France’s once proud tradition of political self-determination is now a mirage, to coin a great French word. Most importantly, even though they had to deal with the Princes of Power wanting way more than their fair share, they were all patriots who put their people and their country first. That all changed when Chirac left office.

President Nicolas Sarkozy (2007-2012) was America’s first confirmed French whore. His father’s side of the family was in bed with the CIA http://www.voltairenet.org/article157821.html and https://en.wikipedia.org/wiki/Family_history_of_Nicolas_Sarkozy. The fruit did not fall far from the tree. After rejoining France to NATO, he and David Cameron took Hillary Clinton’s cue, bombing progressive, socialist and visionary pan-African Libya into rubble, while their agents sodomized with a rifle barrel and then brutally murdered its people’s leader, Muhammar Kaddafi. This was all luridly filmed for Western audiences, to brag about, over bowls of popcorn. “We came, we saw, he died”, Hillary chortled, and “Sarko” was right by her side http://theantimedia.org/forget-hillarys-emails-heres-real-scandal-nobody-talking/. 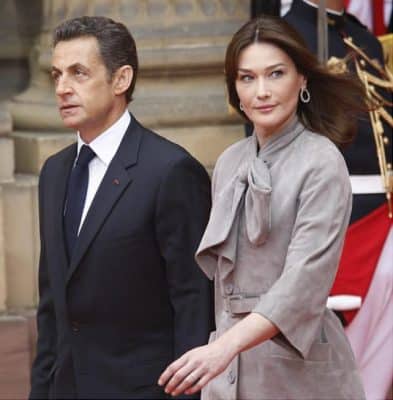 Sarkozy was and is a shallow, vain JFK wannabe. His presidential team was made up almost exclusively of CIA/US Department of State traitors, carefully cultivated for decades, via the French-America Foundation (FAF). His five years as president shamefully mirrors this treason. 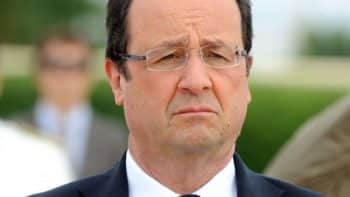 America’s owners are now France’s owners and they have assiduously groomed their next Manchurian president, Emmanuel Macron. He is the perfect robot, neoliberal puppet, who will gladly take Hollande’s kneeling position and never come up for air. Uncle Sam is gloating over its continental concubine, Marianne, the allegorical symbol of France, who used to represent the Goddess of Liberty, as well as reason. With her neck now firmly under the crushing throttle of Washington, she is a humiliated, 21st century prostitute.

As a French citizen who is proud of its independence, revolutions and philosophers, these are very, very dark days for China Rising Radio Sinoland host Jeff J. Brown. For Westerners, one could say that France’s spiral downwards is the canary in the colonial mines. The bird is comatose and near death. 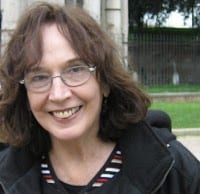 Diana Johnstone really knows how to capture France’s sociopolitical zeitgeist. Based in France for many years, she recently wrote two terrific articles about this year’s French presidential elections:

Jeff was so impressed that he wanted to share Ms. Johnstone’s sage understanding of French-, as well as European- and American politics, with his fans across the globe.

Her books include Fools’ Crusade: Yugoslavia, NATO, and Western Delusions and Queen of Chaos: the Misadventures of Hillary Clinton. She is also involved in the publication of her father’s book, From MAD to Madness: Inside Pentagon Nuclear War Planning, by Paul H. Johnstone. She can be reached at diana.johnstone@wanadoo.fr.

There is a french saying “untroupeaux de chats” A flock of cats. Anyone who has ever lived with a cat knows that cats are not herd animals… they are independent thinking beings, each with his own idea and behavior…
perhaps that is why france can’t seem to get it together… On the other hand france is also a catholic nation, hence the recent resurgence of racism, islamophobia, and immigrant bashing.