Michael D’Andrea (aka Langley’s Dark Prince or Ayatollah Mike for his conversion to Islam) headed the CIA’s Counter Terrorism Center. He was involved in extraordinary rendition and torture prison activities, along with its drone operations - instruments of state terror, largely killing civilians, few so-called high-value terrorist targets, the alleged purpose of their missions.

In 2012, the neocon/CIA-connected Washington Post said “(w)hen his career began in 1979…Roger (his cover name) (was) an underperformer,” his superiors “down on him…He was getting very middling grades on his written work. (H)e seemed to be…a little beaten down.” He’s come a long way since then, a key agency operative, currently in charge of anti-Iranian operations, the agency’s point man against the Islamic Republic under neocon director Mike Pompeo.
.
Iran is well versed in hostile US actions, dating from 1953, the CIA’s first coup against a foreign leader, ousting democratically elected Mohammad Mossadeq, many more to follow by toppling or assassination. A generation of repression followed under Washington’s man in Tehran - Mohammad Reza Shah Pahlavi, ousted in 1979, Ayatollah Ruhollah Khomeini replacing him. Nearly three decades of US hostility continues under Trump. He’s militantly anti-Iranian - blaming the Islamic Republic for US high crimes, continuing what his predecessors began, beginning with GHW Bush’s Gulf War, violently destabilizing the Middle East, claiming a nonexistent Iranian threat.
.

D’Andrea’s former counterintelligence and current job involves extrajudicial covert operations, the CIA silent on what he’s up to. No Iranian terrorist threat exists. No actions by its government support terrorist groups - despite what Trump, his national security team and past administrations claim - heavily influenced by Israeli and AIPAC disinformation and Big Lies. 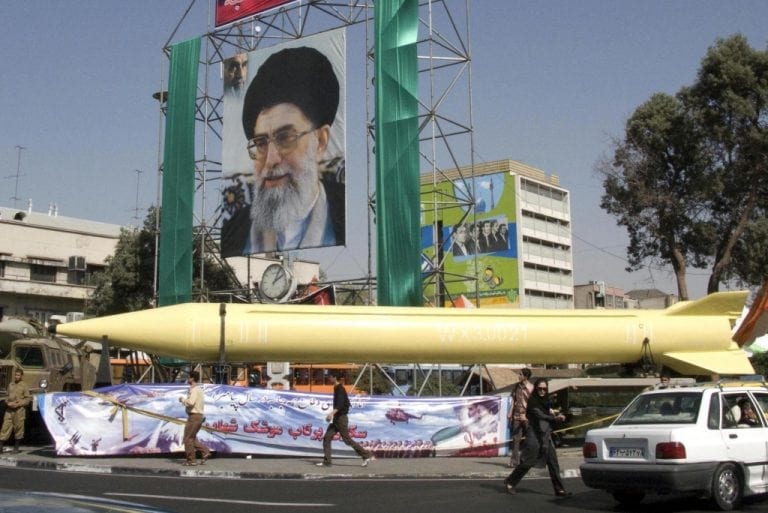 Iran, far more powerful than Syria, if no less heroic, is liable to prove a far tougher customer than Damascus. And the empire has to first really defeat Syria, which it has been unable to do.

Tehran’s nuclear program has no military component, now now or earlier, the country’s leadership wanting a nuclear-free Middle East.  Israel is the only regional nation known to have a menacing nuclear arsenal, its ICBMs capable of carrying nuclear warheads, the world community silent about the threat - irresponsibly bashing Iran over nothing. During his confirmation hearing, neocon CIA director Pompeo pledged to be hardline on Iran. In a September 2016 Foreign Policy op-ed, he lied claiming “(i)t’s impossible to know for certain whether an Iranian business partner is a sponsor of terrorism - until it’s too late.”

.
His piece read like an AIPAC press release, outrageously accusing Tehran of “support(ing) terrorism, disrespect(ing) human rights, and nuclear proliferation.” Whatever D’Andrea’s specific duties are, his mandate is extrajudicially targeting Iran aggressively, causing lots of mischief - solely for its sovereign independence. Washington wants control over its enormous oil and gas reserves, along with seeking to eliminate Israel’s main regional rival.
.
The road to Tehran runs through Damascus. Washington’s aim is ousting Assad, then targeting Iran the same or similar way. D’Andrea’s mandate is facilitating the process aggressively, a no-holds-barred approach.
ABOUT THE AUTHOR

EDITOR’S NOTE: No material by this author or any other author published on this site should be read as a defense of Donald trump and his policies. For us Trump, the GOP and the Democrats are all part of the same malignant threat to world peace, democracy, truth, elementary decency and honesty in government affairs afflicting the US and the rest of the world.

D’Andea’s former counterintelligence and current job involves extrajudicial covert operations, the CIA silent on what he’s up to. No Iranian terrorist threat exists. No actions by its government support terrorist groups – despite what Trump, his national security team and past administrations claim – heavily influenced by Israeli and AIPAC disinformation and Big Lies.

LEANNE LINDSAY IS READY FOR COMMUNISM – LIKE YESTERDAY, BABY!