Home AMERICAN BRAINWASH China and the US on human rights

China and the US on human rights

[su_panel background="#f1f1f1" border="2px groove #5a5c61" shadow="9px 3px 5px #eeeeee" radius="3"]On May 28, the U.S. House of Representatives chose to debate a resolution expressing its concern over the issue of "human rights" in China. This makes it appropriate to make a comparison of the real records of the U.S. and China on human rights.[/su_panel] 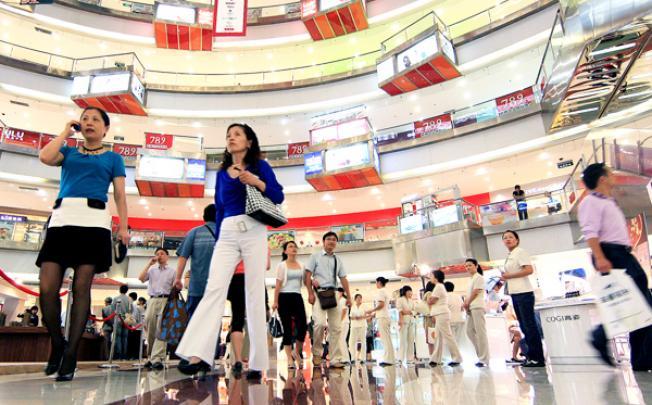 With poverty in retreat in almost all areas, China is now rapidly becoming a nation of modern consumers. (Photo: One of many Shanghai shopping malls).

This is a vital issue as human well-being is certainly the sole goal of any correct policy -- including in that the right of each nation to pursue its national sovereignty and national culture, which is why China's "national revival" and overall human progress are inseparably linked.

Real human beings have an immense number of needs and desires ranging from basic ones, to have good health and enough to eat, through to the most complex -- the most advanced fields of human culture or science. Objectively only extremely developed societies, with enormous economic and social resources, can approximately meet all these needs.

Consequently the attempt to reduce "human rights" to a Western style political structure, as though having a "parliamentary" system were the most important question facing human beings, is ridiculous. The real issue was very well put by the BBC's correspondent in China, Humphrey Hawksley:

"I hear from an Iraqi wedding photographer who had lost so many friends and family members that he would gladly have exchanged his right to vote for running water, electricity and safety; from an Argentine shoe maker who bartered trainers for food because his economy had collapsed; and from the African cocoa farmer whose belief in the Western free market left him three times poorer now than he was thirty years ago."

[dropcap]T[/dropcap]he example of women in China and India can readily be taken to illustrate the real issues involved in human rights. A Chinese woman's life expectancy is 77 years and literacy among Chinese women over the age of 15 is 93 percent, an Indian woman has a life expectancy of 68 and literacy rate over the age of 15 is 66 percent. India may be a "parliamentary republic" but the human rights of a Chinese woman are (unfortunately for the Indian) far superior to the human rights of a woman in India. Anyone who does not understand or admit that there are better human rights if a person lives nine years less or more and whether they are literate or illiterate is either out of touch with reality or a liar. 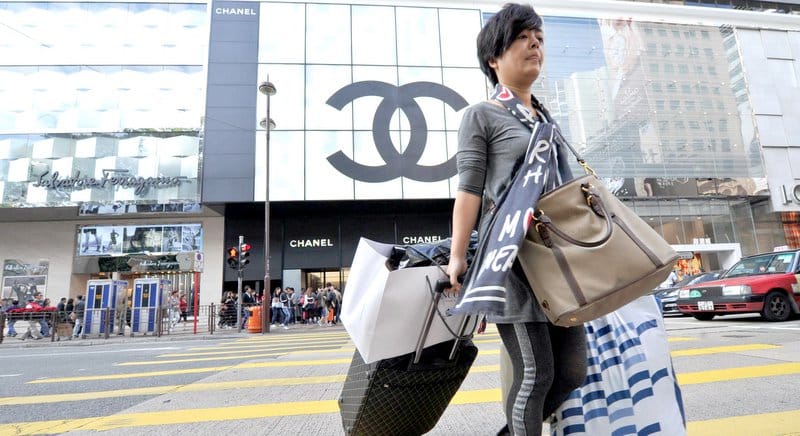 Chinese tourists are now replacing the Japanese, Germans and Americans in most of the world's capitals. Internal tourism is also robust.

If the real meaning of the term "human rights" is used, it is evident that China has the best human rights record in the world -- and those words are carefully chosen. China has lifted more than 630 million people out of poverty -- more than the entire population of the European Union or the continent of Latin America, and almost twice the population of the U.S. China has brought social security protection to 820 million people, and health care to over a billion. China is responsible for 100 percent of the reduction of the number of people living in poverty in the world. No other country in the world has achievements remotely matching these for the real well-being of humanity.

What is particularly striking is the factual contrast between what China has achieved and the laughable claim of the U.S. to a superior "human rights" record. In the world outside China the number of people living in poverty in an economic system dominated by the U.S. has, according to international criteria defined by the World Bank, increased in the last 30 years. The United States has waged a series of aggressive wars in Iraq and Afghanistan in which hundreds of thousands of people were killed -- not to speak of its earlier war in Vietnam in which it killed 3 million people. Even leaving aside the economic realities, in the purely political sphere, since World War II the U.S. has, as the U.S. commentator William Blum noted:

• dropped bombs on the people of more than 30 countries;

• attempted to overthrow more than 50 foreign governments, most of which were democratically elected;

Furthermore, the facts establish clearly that the attacks on China's human rights record by the U.S.government, and those they support, are merely hypocrisy.

China openly states its foreign policy principle -- that each country has the right to choose its own form of government and whether it wants an absolute monarchy without political rights, a parliamentary republic, or socialism is not China's affair. The U.S., in contrast, in words claims the right to criticise other countries in the name of supposed "universal values" of Western forms of political rule.

But the reality is transparently different to this. A country such as Saudi Arabia, which is an absolute monarchy, in which political parties are banned, in which women are forbidden even to drive cars, is not subject to U.S. campaigns over "human rights." Nor is Bahrain, another absolute monarchy which serves as the base for the U.S. Fifth Fleet.

The U.S. involvement in events such as the military overthrow of Chile's president Allende is evident, and the U.S. has even formally admitted its role in the overthrow of the elected government of Mosaddegh in Iran.

In Russia in 1993 the U.S. government supported Yeltsin's attack with tanks on the Russian parliament, while they condemn as "anti-democratic" Putin, whom not only elections but every opinion poll shows to have the most popular support of any Russian leader in decades -- the difference between the two being that Yeltsin pursued a policy subordinate to the U.S. while Putin pursued a policy independent of it.

These facts establish beyond doubt that the problem for the U.S. government about China is not "human rights" -- if China were an authoritarian regime supporting the U.S. it would not be criticised. The real problem about China for U.S. neo-cons and their followers is that China's national revival makes it strong.

China's contribution to the real well being of humanity is not only greater than the United States but is unmatched by any other country in the world. Instead of complaining, the U.S. House of Representatives would be well advised to pass a resolution congratulating China for its unequalled contribution to human well-being in lifting over 600 million people out of poverty, establishing an enquiry to find out why U.S. supported economic policies in the rest of the world have made no such contribution to human rights, and publicly apologising for the hundreds of thousands of people it has killed in its wars -- including the thousands of ordinary U.S. soldiers who died in them.

Only when it does that will the U.S. House of Representatives begin to understand the real issues involved in human rights for real people of the real world.

Opinion articles reflect the views of their authors, not necessarily those of China.org.cn. 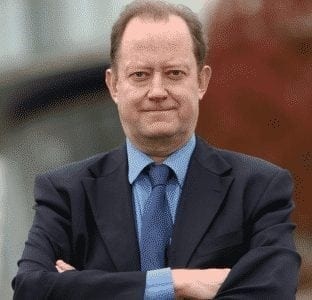 John Ross is Senior Fellow of Chongyang Institute for Financial Studies, Renmin University of China. From 2000 to 2008 he was Director of Economic and Business Policy in the administration of the Mayor of London, a post equivalent to the current position of Deputy Mayor. He was previously an adviser to major international mining, finance and equipment manufacturing companies.

Ross is a columnist with China.org.cn. For more information please visit: http://www.china.org.cn/opinion/johnross.htm

If the real meaning of the term “human rights” is used, it is evident that China has the best human rights record in the world — and those words are carefully chosen. China has lifted more than 630 million people out of poverty — more than the entire population of the European Union or the continent of Latin America, and almost twice the population of the U.S. China has brought social security protection to 820 million people, and health care to over a billion.

Venezuela Crisis: the US Wants “Its” Country Back (w. annotated videos)

The Wolf: a Corporate Roadblock