Shlomo Sand is not “Jewish” any more 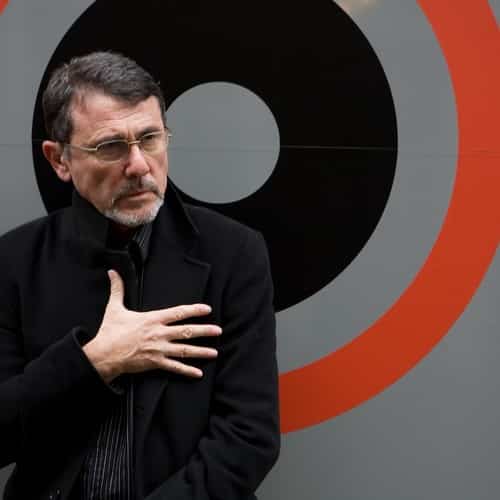 Anti-Zionism isn’t anti-Semitism. Claiming otherwise is a long ago discredited canard. Zionism is tyranny by another name. It’s extremist, racist, undemocratic and hateful, a monster threatening anyone and anything it opposes. Years earlier, Israeli Emeritus Professor of History Shlomo Sand renounced Judaism, saying he “cease(d) considering (himself) a Jew.” He believes Zionist historiography turns truth on its head. Israel doesn’t historically belong to Jews alone, he stresses. Calling Israel a Jewish state is like saying America is exclusively Judeo-Christian.

Organized Judaism opposed Zionism until Hitler, Sand explained. It feared what’s now Israel would replace God. Talmudic ideology is against emigration to the holy land, against the notion that it’s God’s will to possess land. Eretz Israel (the land of Israel) theologically isn’t a homeland, Sand explains. Nor is Christianity or Islam. Religions don’t have them.

Sand dispels myths taught Jewish children, including nonsense about God giving Israel exclusively to Jews, and a land without people for a people without land. Judaism is a religion like Christianity, Islam and others. They’re not nationalities, justifying any state exclusively for one faith. 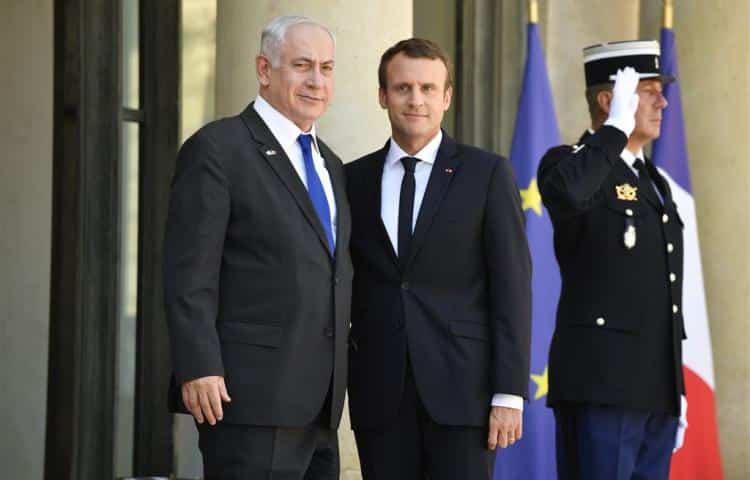 Macron standing by Netanyahu, and conferring more legitimacy on the racist policies he represents behind an old sanctimonious mask.

In an open letter to French President Emmanuel Macron in response to his equating anti-Zionism with anti-Semitism, Sand criticized him for inviting Netanyahu to Paris because he “rank(s) in the category of oppressors.” Has Macron forgotten history he learned as a philosophy student, explaining many Jews and their descendants “always opposed Zionism without this making them anti-Semites,” Sand stressed.

Earlier and current orthodox rabbis opposed Zionism. So do oppressed Palestinians, enduring its extreme harshness, the ideology a curse for them, others can’t understand as well. Macron is a former Rothschild banker. Sand quoted Nathan Rothschild, a former Bank of England governor, writing Theodor Herzl in 1903, expressing concern about establishing a “Jewish colony.” It “would be a ghetto within a ghetto with all the prejudices of a ghetto,” he said. A Jewish state “would be small and petty, Orthodox and illiberal, and keeping out non-Jews and the Christians.”

Things didn’t turn out the way he imagined “(b)ut one thing is for sure: he was no anti-Semite,” said Sand. Defining Zionism as he understands it, he said it’s “not Judaism. It even constitutes a radical revolt against it. Across the centuries, pious Jews nurtured a deep ardor for their holy land, and more particularly for Jerusalem.”  “But they held to the Talmudic precept intimating that they should not collectively emigrate there before the coming of the Messiah. Indeed, the land does not belong to the Jews, but to God.”

Since Israel’s creation, especially following the 1967 Six Day War of aggression, not self-defense as falsely claimed, Palestinians are subjugated and oppressed under militarized control, their fundamental rights denied. They’re refugees in their own land, besieged in Gaza, others expelled by ethnic cleansing. Sand rejects Zionism because Israel doesn’t belong to adherents of a single religion. He supports “an Israeli Republic…not a Jewish-communalist state.” He opposes a nation making him a privileged citizen at the expense of non-Jews. Does that make him anti-Semitic, he asked?

Anti-Zionism isn’t anti-Semitism. Claiming otherwise is a long ago discredited canard. Zionism is tyranny by another name. It’s extremist, racist, undemocratic and hateful, a monster threatening anyone and anything it opposes. Years earlier, Israeli Emeritus Professor of History Shlomo Sand renounced Judaism, saying he “cease(d) considering (himself) a Jew.”

Anti-Zionism is opposition to the restoration of Israel/the right of Jews to self-determination in the historic and modern Jewish nation of Israel. (This — indigenous rights — is a difficult concept for Americans.) Anti-Israel rhetoric, often laced with straight-out anti-Jewish bigotry, is trendy among our liberal bourgeoisie — those folks who spent 2016 working to sell H. Clinton as a “bold progressive,” and who spent 2017 howling that “Russia stole the election.” I don’t put much stock in it, myself.

The worldwide real ( real, yes, ladies & gentlemen ) war between
our Jewish Nazis ( me, also ex-Jewish, from oldest historically Jewish
family line ) and us, free & ARMED ex-Jews ( yes, it is WAR, we must defend us
& our families ) will color big cities in red. Vengeance shall play bigger
role than political involvement as Sicherkeit ( Mossad ) agents breaked
our lives, persecuted us and our families after we dared to escape from
Nazi Israel refusing to live in country whose regime is murdering
brotherly people. No, Palestinians cannot solve that problem as even the
most heroic of them cannot penetrate the houses and apartments
of Mossad agents on all continents. It is our job.