Home ACTIVISTS & HEROES The Most Dangerous Place in The United States

MAKE SURE YOU CIRCULATE THESE MATERIALS! BREAKING THE EMPIRE'S PROPAGANDA MACHINE DEPENDS ON YOU.
[su_panel border="7px ridge #cccccc" shadow="9px 1px 2px #eeeeee"][dropcap]D[/dropcap]ead, decaying industrial cities, teeming with illicit drugs, prostitution, and desperation.  Condemned, dilapidated factories and foreclosed, rat-infested houses, offering temporary shelter to disposable, hopeless, unwashed minions.  Back alleys where life is cheap.  Where they wouldn't think twice about cutting your throat for a buck, and leaving your carcass for packs of hungry dogs.  A very dangerous place. [/su_panel] 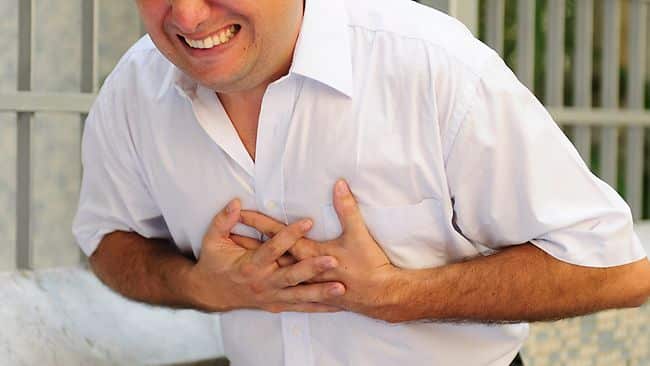 Prison yards, where hope is but a distant memory, and neither innocence nor guilt have meaning.  Where you learn to do as you're told.  Slave to the guards and gangs.  Thrall to corporations which exploit your labor.  Unwilling bitch to a beastly cellmate, you learn to bend over and take it like a man.  Tiptoeing lightly, as if on broken glass, wishing the time would evaporate, hoping in vain for parole.  Or death.  An extremely dangerous place you'll never want to be.

If you enjoy certain kinds of danger, you might want to emulate the recent feat of 31 year-old Alex Honnold, who made the first solo, rope-free ascent of Yosemite's El Capitan.  A vertical 3000 foot granite face where few humans have dared to tread.  Equipped with only sticky climbing shoes and a bag of chalk, Alex completed the impossible climb in just under four hours.  The slightest misstep would have transformed him into a broken, bloody bag of bones.  But the danger he encountered pales by comparison to the most dangerous place in The United States. 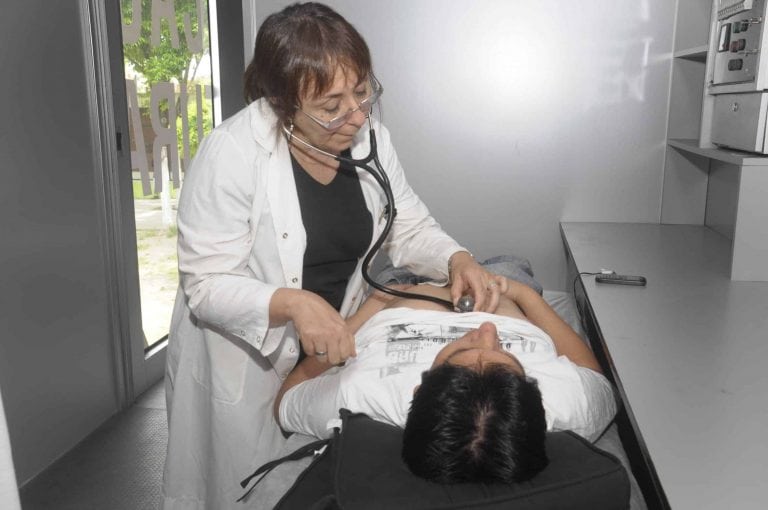 They enter the clean, tiled hallways, confident of finding help with their deadly problems.  Met with friendly, smiling receptionist faces, their optimism is boosted, and hope springs anew.  They're plagued by a plethora of diseases.  Victims of stroke, heart attack, coronary artery disease, diabetes, multiple sclerosis, hyperthyroidism, lupus, anemia, myasthenia gravis, kidney malfunction, eye disorders, prostate-breast-colorectal cancers, or simply uncontrollable obesity.  They come seeking a cure, but find instead, a broken system in which "cure" is the most dreaded four-letter word.  In the world of Big Medicine, there is no profit in finding cures, but handsome rewards in treatment, or preferably surgery.  The most dangerous place in The United States is your local doctor's office.  Enter with care and a healthy dose of skepticism. 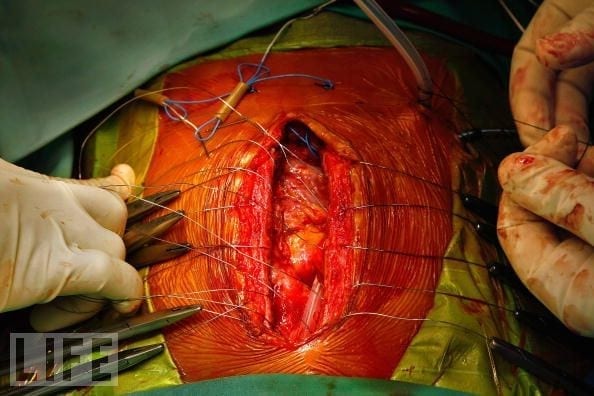 Here's the part where 95% of my readers look elsewhere for enlightenment or entertainment.  This is the part where I proclaim loudly and confidently that, in most cases, every one of the above listed diseases, and more, could have been entirely avoided by a radical change of diet.  This is where I make the seemingly ridiculous claim that nearly all of these life threatening conditions may be reversed and eliminated by adopting an exclusively plant-based diet.  This is the place in the article where nearly everybody says bullshit, and heads out to their closest McDonald's for a Big Mac & fries, or to Pizza Hut for a large pepperoni with extra prostate/breast cancer...I mean cheese.

These are the undisputable facts:

Behind the walls of the most dangerous place in The United States, your family doctor detects a bruit (murmur) in your carotid artery.  He refers you to a nearby cardiologist.  Within the equally dangerous office of the cardiologist, you are told that you have 65% blockage in your carotid.  He patiently explains to you that cardiovascular disease is irreversible, and that you should be prepared for future surgery.  He prescribes statin drugs and sends you on your way, without mentioning that statins are completely useless in 98% of cases, have horriffic side effects, and are possibly the biggest multi-billion dollar scam ever dreamed up by Big Pharma.  Visions of a catheter being shoved up into your heart dance through your head.  Lasers, stents, possibly valve replacement.  You imagine yourself face up on the operating table.  Chest sliced open, ribs ripped and spread far apart, doctors cutting, stitching, chuckling, talking about their golf handicaps.  Weeks in recovery.  Months in rehab.  The sad hand you've been dealt, but nothing you can do about it.  You begin putting your affairs in order, and await the grim reaper.

Behind the walls of the most dangerous place in The United States, your family doctor detects a bruit (murmur) in your carotid artery.  He refers you to a nearby cardiologist.  Within the equally dangerous office of the cardiologist you are told that you have 65% blockage in your carotid.  He patiently explains to you that cardiovascular disease is irreversible, and that you should be prepared for future surgery.  Lucky for you, between these appointments, a friend loaned you a copy of "The China Study" by T. Colin Campbell.  After reading about his research, you followed up with the studies of Doctors Esselstyn, Ornish, and McDougall.  You question the cardiologist about the possibility of coronary artery disease reversal if you adopt a plant-based diet.  He shakes his head slightly, with a condescending smile.  "The blockage in your carotid artery is there for good.  It cannot be reversed." he insists.  You fire him on the spot, leave the most dangerous place in The United States, and immediately adopt a plant-based diet.  Six months later, you've lost 20 unneeded pounds, feel stronger, younger, and happier.  Cardiovascular disease is history.  It is a food-borne illness, and you've sent it packing.

The unholy alliance linking the Animal Food, Pharmaceutical, and Healthcare industries is the quintessential, synergistic, capitalist scam.  Self-sustaining, it resists all assaults upon its misguided dictums and principles, guarding its power fiercely on all fronts.  Identical in structure to The Military/Industrial Complex, The Big Food/Pharma/Quackery Consortium preys on innocent lives, turns blood into money, and does so with complete impunity.  Doctors shoulder little blame.  They've been taught a system built upon lies, and are soon hooked on the money, power, and status.  Few would think to question the status quo.  Why should they?  Anyway, I have a doctor to thank for sewing my nose back on my face after a bad car wreck a half century ago.  Occasionally they're nice to have around.  Of course the cardiologist in the examples above is going to do everything he can to get you into surgery, split open your chest, make a few adjustments, sew you back up, and pocket a hundred thousand bucks or so.  It's business.  Nothing personal.

The doubt out there is so thick, you could cut it with a knife.  But you'll likely need that knife to slice tonight's rib eye steak into bite-size pieces.  It's a difficult task overcoming a lifetime of false nutritional information, and a huge chore to change dangerous eating habits.  Besides, you're saying, I need to eat meat.  It's the only way to get enough protein to maintain my strength.  Along with your rib eye, here's a helping of food for thought:  Alex Honnold, the young man in paragraph three above, who accomplished the impossible feat of completing the first and only solo, rope-free ascent of Yosemite's El Capitan...Alex Honnold, pound for pound, possibly the strongest, fittest man on earth, is a vegetarian. 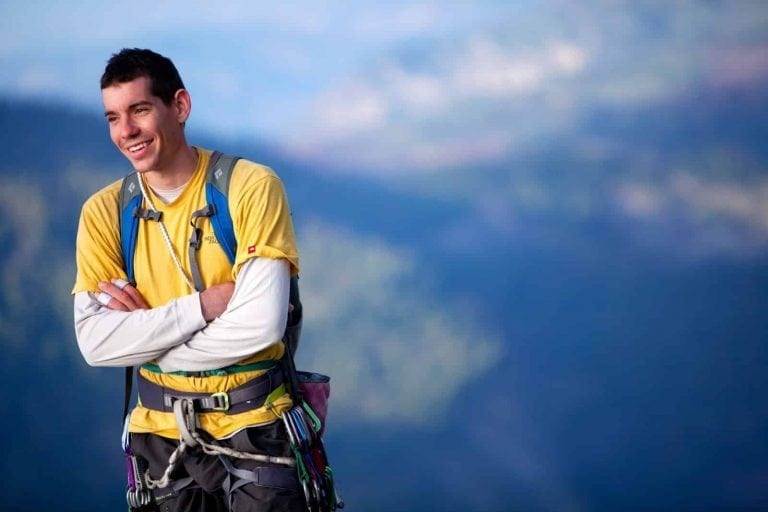 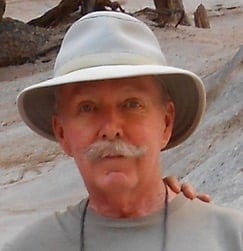 You fire him on the spot, leave the most dangerous place in The United States, and immediately adopt a plant-based diet.  Six months later, you’ve lost 20 unneeded pounds, feel stronger, younger, and happier.  Cardiovascular disease is history.  It is a food-borne illness, and you’ve sent it packing.

But saturated fat has been demonized by virtually every establishment authority for decades resulting in an almost 30% reduction of caloric intake of fats which has led to a dramatic rise in obesity and diabetes among other problems. The corporations that monopolize processing and distribution of animal products also predominate in the far more profitable provision of sugars and starches. This article has the issue completely backwards. When you purchase 2% milk you are giving away the real food value of your purchase to the dairy industry. Saturated fats have been the mainstay of healthy diets throughout human evolution. Sugars… Read more »

The flaw in the China study is that the westernized areas with increased saturated fat in the diet also saw a vast increase in SUGAR consumption. The researchers simply ignored the sugar issue and correlated the increase of heart disease with saturated fat.

Like magic, the demon is now sugar. Believe aletho at your own peril. Methinx he/she doth protest too much. Perhaps a horse in this race…or a cow…pig…chicken?…or maybe an insatiable appetite for flesh. Btw…anybody who eats plant-based is more than likely to know that processed sugar and grains and oils are also to be avoided at all cost. But anyone who’s done their research knows that animal-based foods are the real killer in this feast we call life.

Saturated fats have been the mainstay of healthy diets throughout human evolution. …sez aletho…and look what humans have evolved into. Frightening thought.

Leaving flesh behind is as easy as forgetting plastic bags,

Rock and Roll and Russia: When The Wall...

Rock and Roll and Russia: When...