In late July, the Justice Department filed a motion in the District of Columbia Superior Court, requesting “names, addresses, telephone numbers and other identifiers, e-mail addresses, business information, the length of service (including start date), means and source of payment for services (including any credit card or bank account number), and information about any domain name registration.” 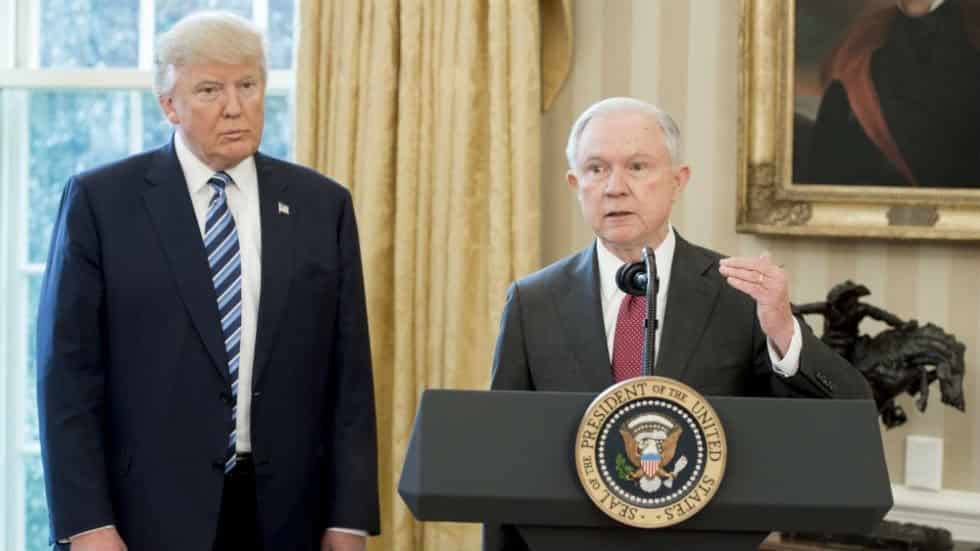 Trump and his gang may be the latest pushing to extend police powers in America, but hardly the only ones. All presidents in recent memory—especially Obama and Bush— have expanded the power of the state to dismantle constitutional safeguards. The trend is simply systemic, a reflection of where the US ruling class and its capitalist system want to take matters in their own protection.

DreamHost, a company hosting over 1.5 million web sites, blogs and applications justifiably expressed concern, saying: The DOJ demands it “hand over 1.3 million visitor IP addresses - in addition to contact information, email content, and photos of thousands of people - in an effort to determine who simply visited the website.”

“That information could be used to identify any individuals who used this site to exercise and express political speech protected under the Constitution’s First Amendment. That should be enough to set alarm bells off in anyone’s mind.”

The company hosted elements planning anti-Trump inauguration day demonstrations. Most individuals involved were peaceful, small numbers violent. They should be held accountable for their lawless actions. Most others were involved in constitutionally protected speech, assembly and association rights. They shouldn’t have to fear prosecution. They violated no laws. On Friday, a hearing is scheduled  before DC Superior Court’s Judge Lynn Leibovitz on the DOJ’s request and DreamHost’s objection.

A search warrant dated July 12 demanded the company provide “all” information in their database about disruptj20.org, the site for organized inauguration day protests.

On August 14, the company tweeted: “DreamHost supports #freespeech. That’s why we’re pushing back on this request from the DOJ:

“We Fight for the Users…The internet was founded on its democratizing ability to facilitate a free exchange of ideas. And that’s why we’re taking a stand.”

Separately in a legal filing challenging the DOJ’s demand, company attorney Chris Ghazarian called it “a strong example of investigatory overreach and a clear abuse of government authority.”

“In essence, the Search Warrant not only aims to identify the political dissidents of the current administration, but attempts to identify and understand what content each of these dissidents viewed on the website.”

A DC “riot…is a public disturbance involving an assemblage of 5 or more persons which by tumultuous and violent conduct or the threat thereof creates grave danger of damage or injury to property or persons…if in the course and as a result of a riot a person suffers serious bodily harm or there is property damage in excess of $5,000, every person who willfully incited or urged others to engage in the riot shall be punished by imprisonment for not more than 10 years.”

Under DC code, fines up to $25,000 may be levied on offenders, including for vandalism.

It could be much worse if DreamHost has to hand over 1.3 million visitor IP addresses, along with contact and other information.

Anyone on the list could be vulnerable to DOJ targeting - the way police states work.

VISIT MY NEW WEB SITE: stephenlendman.org (Home - Stephen Lendman). Contact at lendmanstephen@sbcglobal.net. My newest book as editor and contributor is titled "Flashpoint in Ukraine: How the US Drive for Hegemony Risks WW III."

A search warrant dated July 12 demanded the company provide “all” information in their database about disruptj20.org, the site for organized inauguration day protests. On August 14, the company tweeted: “DreamHost supports #freespeech. That’s why we’re pushing back on this request from the DOJ: “We Fight for the Users…The internet was founded on its democratizing ability to facilitate a free exchange of ideas. And that’s why we’re taking a stand.”

‘Bernie Bros’ and ‘Alt-Left’ Are Propaganda Terms Meant to Disempower