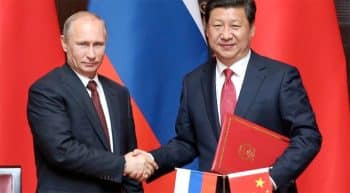 Those who call China capitalist are, of course, the Western pundits. What is more alarming is when the so-called radical left repeats it. This shows ignorance of socialist history, particularly Lenin's NEP phase; it shows, too, a certain bias in favor of glorifying poverty. Why should a socialist country be poor? This is, at least in the West, a Christian residual ideology ("blessed are the poor . . ." etc), but poverty does not provide, above all, defense of the gains of masses of people, lifted up from poverty, endowed with self-determination, free of imperialist depredation--defense from the attacks of the capitalist world. Moreover, the wealth is produced and belongs to the people, through their sacrifice and the sweat of their labor--not by indebting themselves to other countries or exploiting others, weaker ones..

"The Chinese Communist Party, introducing the Chinese NEP through the reforms elaborated by Deng Xiaoping in 1975/78, agreed to accept the negatives created by the massive presence of Western and Japanese multinationals, in China (their power for economic pressure; the export of a large part of the profits obtained to the imperialist metropolis; the exploitation of Chinese labor, etc), because they regarded them significantly lower than the benefits obtained simultaneously from the production process in China, the accumulation of large-scale foreign currency, the acquisition at accelerated rhythms of high technology, the tax revenue arising from the taxation of profits of foreign multinationals (tax rate of 25% on the latter by 2007), and partial protection for Chinese exports from the protectionist measures of western countries."--trans. from Mondorosso.it

Sorry Richard, but (like all Hollywod liberals) you're bloody wrong about Buddhism and the Lama 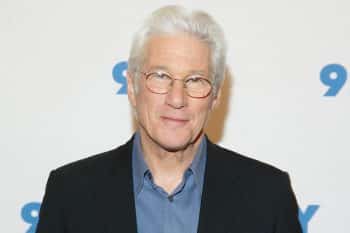 Addison dePitt 19 September 2017 Actor Richard Gere, fashionably a Buddhist, has been the Dalai Lama's p.r. point man for America and the Western world. Like Clooney, another prominent CIA asset and conceited Obama puddle, Gere knows or cares nothing about the true history of Tibet, or Buddhism, or probably thinks Shangri-La was for real. He should read what Michael Parenti has said about that regime, but naturally that will never happen, as these folks choose and remain imprisoned well within the complacent boundaries of their stubborn centrist-rightist information-source predilections, which fall squarely inside the confines of the Liberaloid echo chamber—WaPo, NYTimes, CBS, The Atlantic, CNN, MSNBC and the rest of that filthy brew. Our colleague Luciana Bohne sums it up nicely in the post below.

Luciana Bohne 16 September at 13:58 · Buddhist pacifism and benevolence, another myth 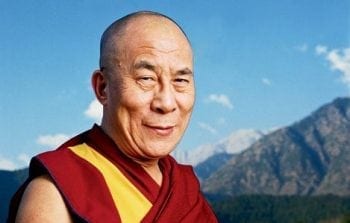 It seems that one must spell this out: the myth of Buddhist pacifism is . . . a myth. It depends on class. The Tibetan monks and the Tibetan aristocracy were brutes. Their favorite punishment was taking out the eyes of whom they saw as offenders--the serfs and slaves they owned and could sell--laborers, servants, peasants--remained slaves and serfs until 1954, when the People's Republic of China intervened, banned slavery, began a campaign of education, set up infrastructure, and health measures. The sons of Tibetan slaves and serfs were the ones who destroyed the monasteries in the Cultural Revolution in 1966--symbols of millennial oppression of their ancestors. If anybody has an opposite story--Tibet victim of China--they have the CIA's version.

How times have changed!

"Asked in early 1939 who they wanted to win in a war between Russia and Germany, 83 per cent of Americans wanted a Russian victory. Spain was a war against Franco - that is to say, against the forces of fascism with which Franco was aligned - and 87 per cent of Americans favoured the republic." —Eric Hobsbawm, The Guardian

Buddhist pacifism is . . . a myth. It depends on class. The Tibetan monks and the Tibetan aristocracy were brutes. Their favorite punishment was taking out the eyes of whom they saw as offenders–the serfs and slaves they owned and could sell–laborers, servants, peasants–remained slaves and serfs until 1954, when the People’s Republic of China intervened, banned slavery, began a campaign of education, set up infrastructure, and health measures.