‘If RT leaves the US, American media might stop broadcasting in Russia’ – RT editor-in-chief

Editorial POV: The sheer hollowness of the American "freedom of speech" pledge is left in bold relief after the unconstitutional harassment launched against RT.com by administration and members of congress, not to mention the usual gallery of corporate media hacks themselves. The current wave of attacks is only a continuation of what we saw under Obama. The atmosphere is now that of a lynching —self-righteous—mob. As if the American media were not the world template for high-handed, pervasive disinformation. What happened to that marvelous open "marketplace of ideas" we hear so much? What are US ruling circles afraid of? Losing their ability to brainwash the population at will? —PG 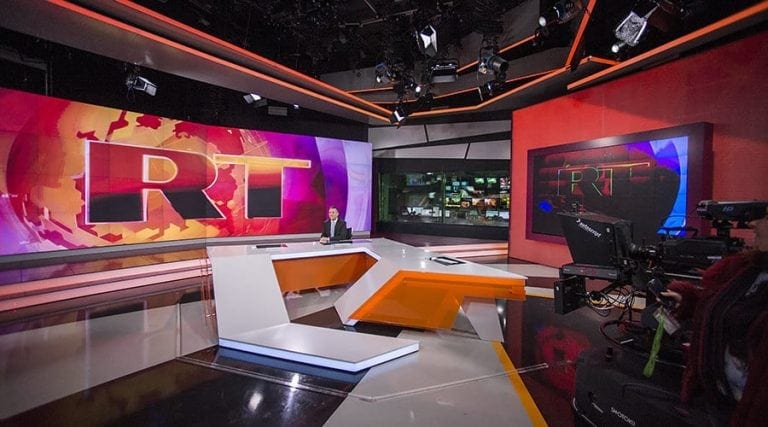 Owing to the US campaign to have RT registered as a foreign agent, the channel will “in the worst-case scenario” be forced to stop broadcasting in America, which will trigger reciprocal measures towards US media in Russia, RT's editor-in-chief has said.

"What they [Washington] have been doing in regard to us is tantamount to driving us out of the country. They put us in conditions in which we cannot work," Margarita Simonyan said in interview with Russia's NTV channel. “This is their renowned freedom of speech,” she added, saying that RT has been under pressure for showing the American audience “a different point of view,” allegedly affecting the 2016 US election.

This month, the US Department of Justice has warned the company that supplies all services for the RT America channel that it is obligated to register as a foreign agent. The demand came under the Foreign Agents Registration Act (FARA), adopted in 1938 to counter Nazi Germany’s activities on US soil.

In the current situation, “if worst comes to worst” the channel “will leave the US and no longer broadcast there.”

“In the worst-case scenario, Russia would respond in kind as to American media,” Simonyan said, adding that as a journalist she would not like such a situation to occur. “We have been taught that freedom of speech is sacred,” she told NTV's host Irada Zeynalova.

READ MORE: Labeling RT a foreign agent amid ‘witch hunt’ in US may pose real threat to its staff – Moscow

The channel has no choice but to comply with the demand under the FARA act, Simonyan said, citing lawyers who have warned that otherwise its “staff will be put in prison and property will be seized.”

The pressure on RT has become “avalanche-like.” The US Congress is currently hearing a separate bill on the channel which seeks ways for its distributors in America to stop broadcasting RT. If approved, US cable networks might refuse to provide services for the channel.

Saying that RT’s partners in the US have endured “pressure and intimidation,” Simonyan also pointed out that Congress recently “interrogated” Twitter representatives and forced them to reveal details of contracts between the social network and RT.

The channel has faced pressure from American media before, such as the “endless fake reports” on RT. Journalists have been scared off working with RT, the editor-in-chief said, adding that officials have also been warned not to cooperate with nor give interviews to the channel.

“Various scandals have been orchestrated, with people planted in the channel who then quit and tell everyone that we drink the blood of Christian infants.

“However, our audience has only been growing. What [the US authorities] fail to understand is just how much the people of the US distrust their own media. Trump's win is a case in point, as he has been elected despite almost all the American media launching campaigns against him.”

The situation with RT in particular only shows a “deep political crisis” within the US, Simonyan said, suggesting that internal conflicts in Washington have made a “mess” of the country's foreign policy. “There is no longer a single Washington; there are several discrete little Washingtons working against one another,” she said.

RT.COM—“However, our audience has only been growing. What [the US authorities] fail to understand is just how much the people of the US distrust their own media. Trump’s win is a case in point, as he has been elected despite almost all the American media launching campaigns against him.”

As the empire and its vassal states try to suffocate North Korea, Russia Provides New Internet Connection to the Besieged Nation