Burns & Co prove that self-righteous imperial propaganda kills. But of course, they will never se it that way. Their paychecks depend on not seeing the obvious truth. 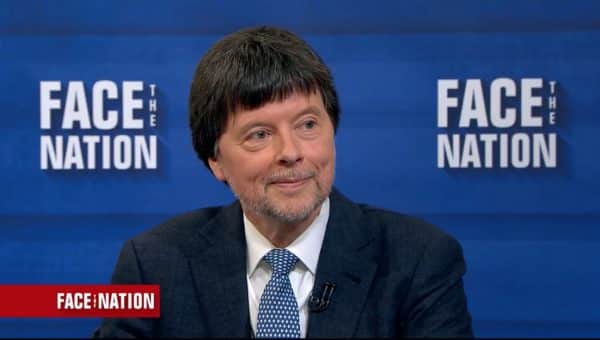 The horror of US aggression against the Vietnamese people remains an indelible stain on America’s conscience - the rape and destruction of a nation, many others to follow, perpetual war, peace and stability deplored.  Burns’ attempt to prettify ugliness fell flat. So did his indefensible defense of his 18 episodes on the war, disgracefully aired by PBS, supporting US imperial lawlessness, public broadcasting in name only.

PBS’ predecessor, National Educational Television, was established in 1948, owned by the Ford Foundation. Ostensibly to provide public education, it was transformed into state-sponsored propaganda, a brainwashing service, instructing Americans to be good citizens, ignoring the nation’s high crimes.

Interviewed by the neocon/CIA-connected Washington Post, Burns deplorably called airing the music to John Lennon’s “Let It Be” over the credits following the final episode “an ultimate reconciliation.”

The late Beatle was a dedicated anti-war activist, inspired by Vietnam war horrors, outspoken against them, notably in his lyrics.

Burns: “(I)mages (of) little kids playing in a helicopter is the ultimate triumph. That the machine of war has become a safe and benign toy.”

Fact: “That machine of war” today is far more destructive than half a century ago, a killing machine used to slaughter defenseless people, largely civilians in harm’s way.

Burns: “It (was) important to us…focus on the larger manifestations of the better angels of our nature, and not the pettiness of war and the knee-jerk oppositionalism (sic) that characterized the worst of the conflict back at home and our lack of civil discourse then and now. But to rather favor things that suggested at least the possibility of reconciliation.”

Fact: Permanent war is official US policy, a nation dedicated to raping and destroying nations for power and profit. No “better angels of our nature” exist. Opposing US imperial ruthlessness is more urgent today than ever. The threat of possible nuclear war is too ominous to ignore.  “Civil discourse” won’t stop America’s killing machine. Millions need to put their bodies and souls on the line against it - on streets, in other public places, in schools and places of worship, writing and outspokenness my chosen way.

Burns claiming US “resilience and the strength and durability of our institutions” sounded like a commercial for American exceptionalism, the indispensable nation, an empire of liberty, the leader of the free world, a shining city on a hill, and other patriotic slogans, masking hard truths about the most ruthlessly dangerous nation in world history.

It’s hard imagining what he had in mind, saying “Vietnam (is) part of the solution and not part of the problem.” The “problem” is US aggression against sovereign states threatening no one, numerous ones post-WW II.

A nuclear-armed nation permanently at war threatens humanity’s survival - Burns indifferent to the greatest threat of our time.

WaPo quoted former marine Tommy Vallely, a Vietnam war veteran, saying the war “basically defined who we are now. I think (it) made us stronger, not weaker…strengthen(ing) the idea of patriotism.”

Millions of corpses attest to a different reality, more added to their numbers daily - America’s killing machine more ruthlessly dangerous today than ever before.

STEPHEN LENDMAN—What will it take to bring America to live according to its own self image?  PBS’ predecessor, National Educational Television, was established in 1948, owned by the Ford Foundation. Ostensibly to provide public education, it was transformed into state-sponsored propaganda, a brainwashing service, instructing Americans to be good citizens, ignoring the nation’s high crimes. Interviewed by the neocon/CIA-connected Washington Post, Burns deplorably called airing the music to John Lennon’s “Let It Be” over the credits following the final episode “an ultimate reconciliation.”

‘If RT leaves the US, American media might stop broadcasting in Russia’ – RT editor-in-chief

“Let It Be”, while credited to Lennon-McCartney, was actually written by Paul McCartney. Lennon essentially had nothing to do with the song. Otherwise, no quibbles with your assessment of Ken Burns.