Home ABOMINATIONS Harvey Weinstein and the Politics of Hollywood

Harvey Weinstein and the Politics of Hollywood

HELP ENLIGHTEN YOUR FELLOWS. BE SURE TO PASS THIS ON. SURVIVAL DEPENDS ON IT.
by JONATHAN COOK 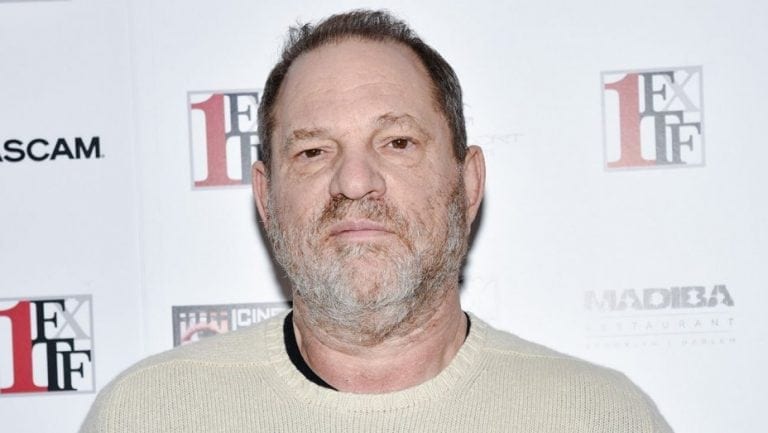 Weinstein: La Bete capitaliste. Universally reviled, and for good reason, but the stone throwers, including many women wrapped in identity politics, suffer from alarming egotism and terminal tactical obtuseness. After this dies down the abuse will continue.

There is something truly exasperating about digesting the steady flow of horror stories relating to Hollywood producer Harvey Weinstein. In part, of course, it is because the reports that Weinstein allegedly raped and sexually assaulted women over decades are deeply disturbing. In part, it is because one can be certain that there are still young aspiring actresses desperate for a big break who are being exploited by the Hollywood system – both in “casting” sessions and in the movies they must make to get noticed.

But most of all, these stories are exasperating because the women who are speaking out – and one senses they are still just the tip of the iceberg – and the journalists who are feeding off their revelations are drawing precisely no political conclusions from these incidents.

Certainly, there can be no doubt that Weinstein, who has admitted that he abused his position with many women, while denying many of the actual reports of sexual misconduct, exploited his power. It should hardly surprise us that a rich man who had the ability to give desperate young women a shot at stardom preyed on them. The Hollywood employment system is capitalism in microcosm, at its rawest and most naked.

In fact, the Weinstein story perfectly illustrates how politically disempowering identity politics can be. Certainly, there can be no doubt that Weinstein, who has admitted that he abused his position with many women, while denying many of the actual reports of sexual misconduct, exploited his power. It should hardly surprise us that a rich man who had the ability to give desperate young women a shot at stardom preyed on them. The Hollywood employment system is capitalism in microcosm, at its rawest and most naked.

The Weinstein revelations tell us much less about relations between men and women than they do about the nature of power and the ability of the strong to exploit the weak.

Under capitalism, the weak – the working class – eventually gained the consciousness and discovered the tools to assert their own form of power. As individuals they were vulnerable and exploitable. As a collective, they gained the power to bargain. That led to the trade union movements, and gradual improvements in wages and conditions.

The capitalist class has been trying to reverse those gains ever since. The new turbo-charged form we call neoliberalism has been atomizing western societies since the 1970s to return us to new forms of economic dependency, culminating in zero-hours contracts and an Uber culture.

What does this have to do with Weinstein? This week Reese Witherspoon spoke out about her own sexual assault by a movie director when she was 16. She has joined a list of famous actors like Angelina Jolie, Jennifer Lawrence and Gwyneth Paltrow who have cited their own experiences. One suspects that most of Hollywood’s A-list could tell similar horror stories from their early years in search of stardom.

So what is the lesson that none of them is drawing? Precisely the one that workers learnt more than a century ago. You must get organised.

One can understand why teenage actresses, as Witherspoon was at the time, are fearful of speaking out in a system dominated by predatory men who can destroy their careers. One can also understand that, at the very bottom of the Hollywood food chain, they are in no position to organize against the Hollywood mogul class. But none of that is true for the now fabulously rich and well-connected Witherspoon, Jolie, Paltrow, Lawrence, and all the others who have yet to speak out – or for the A-list men who would surely want to be seen publicly supporting them.

Why are they not organising? There are many things they can do. Here is one simple idea. They could set up a union, a sort of women’s Equity, that would allow actresses, in private, to register incidents of exploitation and sexual abuse with the union, naming those who committed the abuse and their modus operandi. By creating such a database, the union and its lawyers would be able to identify serial abusers and discover patterns of behaviour. The victims could then be encouraged to come forward in a group action, knowing that they would not be facing the Hollwood elite on their own. The union would redress, at least in part, the power of these male producers and directors. They, in turn, would grow more fearful of exposure.

That would be a political act of organised resistance to the power of Hollywood moguls It would have much more impact than the trickle of stories from immensely successful actresses bewailing their past abuse. Creating such a union would be loose change for Jolie, Witherspoon, Lawrence, Paltrow and the other A-listers.

And yet in the degraded political culture we live in, they prefer to remain disempowered individuals rather than become part of a much stronger collectivity. They prefer their confessionals in the corporate media that exploited and abused them to independent, organised action to curb the corporate system’s excesses.

As long as these household names nurse their individual pain rather than seek to bring about change through organised action, the next generation of young actresses will face the same exploitation and the same abuse they had to endure in their younger days.

About the Author
Jonathan Cook won the Martha Gellhorn Special Prize for Journalism. His latest books are “Israel and the Clash of Civilisations: Iraq, Iran and the Plan to Remake the Middle East” (Pluto Press) and “Disappearing Palestine: Israel’s Experiments in Human Despair” (Zed Books). His website is www.jkcook.net.
Think!

JONATHAN COOK— There can be no doubt that Weinstein, who has admitted that he abused his position with many women, while denying many of the actual reports of sexual misconduct, exploited his power. It should hardly surprise us that a rich man who had the ability to give desperate young women a shot at stardom preyed on them. The Hollywood employment system is capitalism in microcosm, at its rawest and most naked.
This work is licensed under a Creative Commons Attribution-NonCommercial 4.0 International License.

Censorship in the Digital Age

Some issues transcend politics, for the are universal and occur under every political ism & every economic system.

Two such issues are mysogyny and the devaluation of animal lives. There is one rare exception to the latter, ahimsa: non-violence to any living being, as taught and practiced by the Jain community of India, and now surfacing in the west.

“All life is sacred and everyone has a right to live fearlessly to their maximum potential. Living beings do not have any fear from those who have taken the vow of ahimsa.”…

To attribute misogyny to capitalism, with macho socialists dominating and violating the lives of women around the globe… does a grave injustice to the harm done to women under every political banner. It trivializes the underlying violence to women, rather than constructively speaking out against it.