Home ABOMINATIONS Peace and Love, Beyond the Neo-Feudal Order

Peace and Love, Beyond the Neo-Feudal Order

Oh "democracy", an iron fist of tomahawk missiles ripping through flesh and bone .  Oh "freedom", 1/2 million ascending souls of Iraqi children delivering wealth to the powerful few.  Oh "justice", a magic wand of fear and death reigning over the wasting hierarchy of money and violence. 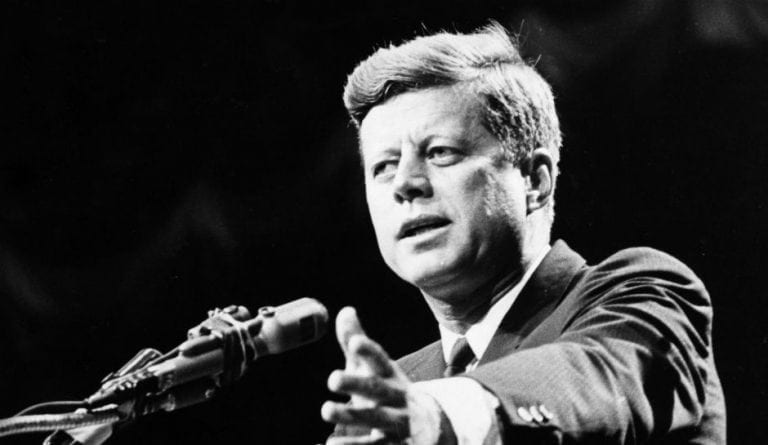 Within the framework of imperialism, all of us, regardless of religion, race, gender or ethnicity, are given the divine right to worship power and money. Anyone who frowns upon such an imperial right can be labeled as "racist", "misogynist", or "fascist".  Speaking against the drone war normalized by President Obama might earn you a label "racist".  Speaking against Hilary Clinton's wars and corporatism could turn you into a "misogynist".  Opposing colonial aggression pushed by the two corporate political parties can make you a part of "axis of evil".  The framework that justifies colonialism, corporatism and militarism in the name of "democracy", "freedom" and "justice" turns the the population into accomplices of unimaginable atrocities and inhumanity.

Anyone who attempts to point out the plight of the oppressed due to their religion, race, gender, class or ethnicity can be labeled as "divisive", "racist", "sexist" or "fascist".  The neo-feudal hierarchy must be detached from material reality and remain as an invisible caste order for the system to perpetuate itself by inflicting structural violence in continuing to accumulate power and resources.

The blunt psychic trauma paralyzes our will and courage as the corporate media machine, academics who sold their principles to the imperial order, corporate agents disguised as elected officials and the rest of the moneyed institutions dismember facts, history, knowledge, communities and our ties to nature, unharnessing our emotions from the material reality that feeds us, harbors us and harmonizes our beings with the planet.

That way, such words as "imperialism", "class", "capitalism", "socialism", "marxism" can be safely handled by the imperialists without causing actual damage to the chilling steepness of the imperial hierarchy, just as such terms as "democracy", "freedom" and "justice" are freely used by the imperialists to herd the subjects into the framework of  corporatism, colonialism and militarism.

The blunt psychic trauma paralyzes our will and courage as the corporate media machine, academics who sold their principles to the imperial order, corporate agents disguised as elected officials and the rest of the moneyed institutions dismember facts, history, knowledge, communities and our ties to nature, unharnessing our emotions from the material reality that feeds us, harbors us and harmonizes our beings with the planet.  Meanwhile, fear and projection of criminal souls flood the atmosphere with lies and deceptions firmly harnessing our emotions onto schemes of self-inflicted pain, sectarian disputes and unconditional obedience to the ruthless masters of death and suffering.

Ruthlessness.  Why so ruthless?  In describing the imperial trajectory of our time a prominent scholar Luciana Bohne discusses and quotes George Kennan:

"George Kennan, former ambassador to Moscow (1930s) and architect of Cold War's policy of "containment" (of communism) recommends inequality of international relations in 1948. That's class war against the world's nations.

“We have about 50% of the world's wealth but only 6.3% of its population. This disparity is particularly great as between ourselves and the peoples of Asia. In this situation, we cannot fail to be the object of envy and resentment. Our real task in the coming period is to devise a pattern of relationships which will permit us to maintain this position of disparity without positive detriment to our national security. To do so, we will have to dispense with all sentimentality and daydreaming; and our attention will have to be concentrated everywhere on our immediate national objectives. We need not deceive ourselves that we can afford today the luxury of altruism and world benefaction.”-- Memo by George Kennan, Head of the US State Department Policy Planning Staff. Written February 28, 1948, Declassified June 17, 1974" (1)

[dropcap]A[/dropcap] series of reckless policies, colonial violence and schemes of manipulation have been perpetrated in the process of protecting the order described above.  Among many events instigated, one of the emblematic ones was the assassination of John F Kennedy. It needs to be clearly recognized that the hegemonic power that assassinated President Kennedy did so to insist on the trajectory of wealth/power accumulation within the neo-feudal hierarchy of capitalism.  The US establishment continues to use the nefarious event to make a point that it can do whatever it wishes.

For example, the recent partial disclosure of documents relating to the assassination has indicated that the US government was planning to bomb Miami and blame it on Castro (2).  What's evil about the obvious attack against the people as well as against humanity itself is not only that the plan itself was horrendously unacceptable. There is also the fact that the government is disclosing such a plan for all to see in order to put fear into the enemies as well as into the American people and the rest of the populations in the western hegemony, clearly manifesting its intention to govern with a bloody iron fist of murders and destruction.  The admission comes with blatant  censorships to hide any information leading to any accountability and prosecution of existing organizations or individuals. This guarantees that the government can do anything with impunity.  And this of course corresponds to any other instances in which government agencies are said to be involved in horrendous calamities while absolutely lacking on the disclosed details of the involvement.  This sort of fear-based governance is so deeply embraced by the minds of many that political discussions often result in such helpless conclusions by the unsuspecting subjects; "if anyone tries to do anything like that, he or she will be assassinated". (Editor's note: A shameful and ludicrous situation that most Americans accept like sheep while continuing to defend the fraudulent notion that the US is "the best possible democracy around.")

Meanwhile impossible standards of the highest order are required for the very existence of nations that defy the western economic hegemony:  absolute cleanliness in political procedures, absolute openness, absolute non-violence and absolute adherence to the framework of the western market economy is required of them.  The imperial attacks against them vary from smear campaigns on the basis of fabricated stories, demonization of leaders with allegations of crimes that are in reality regularly committed by western leaders, support for violent extremists, instigation of proxy wars, deadly economic sanctions, financial blockades, military intervention and so on and on (3).

Dismembered bodies and dislocated people are carefully hidden from our view unless the shock of inhumanity is needed to mobilize a domestic momentum of "democracy" to justify colonial atrocities.  Crying babies, dying elders, deaths, sufferings and pains, the urgent signals rushing through our nerves which have guided us in building families, friendships and communities are harvested to drive the war machine.  Our hearts, minds, brains, beliefs, values and norms have been colonized by the force that has built the enormous neo-feudal world of money and violence. That is what they have done to enforce the disparity among us, which really is an invisible global caste order.

Those of us who see through the path of our species must ask the obvious question;  why don't all nations stand on the same ground in protecting the ways of peoples of particular regions?  The imperial hierarchy forced upon the people of the planet is unethical, inhumane and against international laws.

Peace and love to us all.

About the Author
Hiroyuki Hamada is an artist. He has exhibited throughout the United States and in Europe and is represented by Bookstein Projects. He has been awarded various residencies including those at the Provincetown Fine Arts Work Center, the Edward F. Albee Foundation/William Flanagan Memorial Creative Person’s Center, the Skowhegan School of Painting and Sculpture, and the MacDowell Colony. In 1998 Hamada was the recipient of a Pollock Krasner Foundation grant, and in 2009 and 2016 he was awarded a New York Foundation for the Arts Fellowship. He lives and works in New York.

HIROYUKI HAMADA—Our hearts, minds, brains, beliefs, values and norms have been colonized by the force that has built the enormous neo-feudal world of money and violence. That is what they have done to enforce the disparity among us, which really is an invisible global caste order. s to live as humans.

Catalan Republic crushed by Spanish state – without a fight

There Are Human Beings in North Korea. Neither Wealthy Nor Poor

One of the least mentioned soul crushing abuses of Capitalism is under unemployment, wasting the capacity for production to meet human need because the reason for investment under capitalism is maximizing profit, accumulating as much of the surplus value from workers possible. Imperialist control over poorer countries enables pillaging of the economies, enforces conditions of under development, under employment and exploitation. The same policies are now being implemented in what were developed capitalist economies. Shock Doctrine economic and social policy is creating under developed nation conditions in America. Including comprador working class of developed nations to support imperial extraction to… Read more »