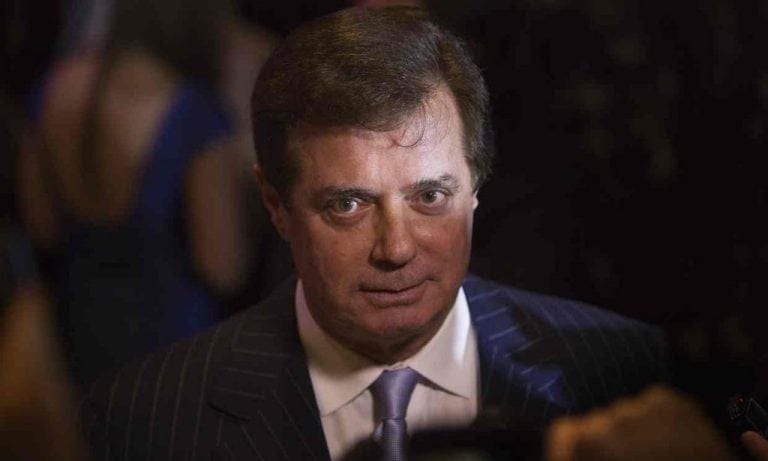 Manafort: Simply a dirty business operator connected to Trump, another dirty operator, like hundreds of thousands in America, his indictment part of a propaganda witch-hunt organised by the Deep State with the Democrats as battering rams and their whore media providing the hysterical megaphone. Many of the allegations relate to events that took place long before there was a Trump candidacy. Not to mention that doing business—crooked or not—with Russia or any other country is not a political crime.

Material US editors OK for publication defies journalism the way it should be, absent from America’s major media, featuring rubbish instead.

On Monday, Paul Manafort and Rick Gates were indicted on multiple charges - unrelated to Trump and Russia.

“I think you all saw today that President Donald Trump was correct: There is no evidence that Mr. Manafort or the Trump campaign colluded with the Russian government.”

Spokesman for Rick Gates, Glenn Selig, said he “welcomes the opportunity to confront these charges in court. This fight is just beginning.”

In early October, George Papadopoulos, a former Trump campaign foreign policy advisor, pleaded guilty to lying to the FBI about 2016 contacts in Russia, relating to leaked DNC/Hillary emails.  The charge against him said he “made material false statements and material omissions during an interview with the Federal Bureau of Investigation that took place on January 27, 2017.”  He allegedly mislead the investigators “about the timing, extent and nature of his relationships and interactions with certain foreign nationals whom he understood to have close connections with senior Russian government officials.” He had communications with an “overseas professor” and others, alleged to have connections to Russian Foreign Ministry officials.

Meetings he reportedly tried arranging between them and Trump campaign officials never occurred - nor is there evidence that Russia obtained “dirt” on Hillary.  None of the above information suggests collusion between Trump and Russia to help him defeat Hillary. Accusations otherwise are bogus. White House lawyer Ty Cobb said the Trump administration “continues to fully cooperate with the special counsel regardless of indictments.”

Hillary’s spokesman said she had no immediate comment. Undemocratic Dems disgraced themselves.

House Minority Leader Nancy Pelosi said “(e)ven with an accelerating special counsel investigation inside the Justice Department, and investigations inside the Republican Congress, we still need an outside, fully independent investigation to expose Russia’s meddling in our election and the involvement of Trump officials” - even though no evidence suggests it, she failed to explain.

Media scoundrels reacted as expected, jumping on the chance to insinuate or claim Trump team/Russia collusion.

NYT editors headlined “Is the White House Scared Yet?”

A deplorable commentary headlined “Plot Against America.” Others headlined:

“Why George Papadopoulos Is More Dangerous Than Paul Manafort”

“Paul Manafort, and the Weakness of Trump”

“Trump tries out his insanity defense”

“A Manafort nothingburger is now on the menu”

“The bombshell in Robert Mueller’s indictments”

“Did Russia teach Paul Manafort all its dirty tricks?”

“Don’t overlook the Kremlin’s threats to our courts”

“To what circle of hell are Republicans about to consign themselves?”

“What a presidential president would have said about Mueller’s indictments”

“These are the facts of the Russia investigation, and they are not in dispute”

All of the above were in WaPo’s latest edition - likely much more coming from all US media scoundrels, jumping on the chance to bash Trump for the wrong reasons, vilifying Russia at the same time. The deplorable state of America’s media would make Joseph Goebbels envious. Its megaphone outclasses his best propaganda efforts, losing its effectiveness when Hitler’s war machine began getting smashed.

Will America face the same Waterloo? Are things too far gone to change?  Will US-launched nuclear war kill us all, trying to save its crumbling empire?

STEPHEN LENDMAN—Manafort: Simply a dirty business operator connected to Trump, another dirty operator, like hundreds of thousands in America, his indictment part of a propaganda witch-hunt organised by the Deep State with the Democrats as battering rams and their whore media providing the hysterical megaphone. Many of the allegations relate to events that took place long before there was a Trump candidacy. Not to mention that doing business—crooked or not—with Russia or any other country is not a political crime.

The Problem With The Clinton-Russia Collusion Narrative

I had expected the charges against Manafort and Gates to be spun into the Russian Tale, of course, as media had already decided that the testimony would prove the elusive “Russian collusion.” It didn’t matter that none of this had anything to do with Russia. This is just the state of contemporary journalism.

This issue was already framed by media, from NBC to online liberal publications, as the key to providing proof of that “Russian meddling.” They zealously concentrate on reciting key words and phrases (“Russian meddling,” “collusion,” etc.) as frequently as they had recited the phrase, “Iraq’s stockpiles of WMD.” Driving the point home — and never mind the facts. To date, I’ve yet to hear them clarify what, exactly, they think Russia did that constitutes “meddling” or “influencing the election. ” All that matters is to recite those phrases daily, like a mantra. That’s not journalism. That’s propaganda.

During the McCarthy era, there were only a few journalists (conservative and liberal) who were willing to speak up. Some of them paid a heavy price for it, but they persisted, and truth ultimately won. These were true American heroes, no less so than generals on a battlefield.