After all of the trumpeting against Donald Trump by the ‘news’media and by all Democratic politicians and many Republican politicians, about his utter untrustworthiness; and after the loads of exposés that have been published, over decades, documenting Trump’s psychopathic behaviors and business scams; what do we now have, adding to this unsavory if not criminal record by Mr. Trump, in the first criminal indictment, published on October 27th, by the Special Prosecutor, Robert Mueller, who is tasked to nail Trump to some prison cell for crimes committed during his Presidential campaign, after Trump’s having previously racked up already such a lifetime record of alleged (and even some documented) outrages perpetrated by him? 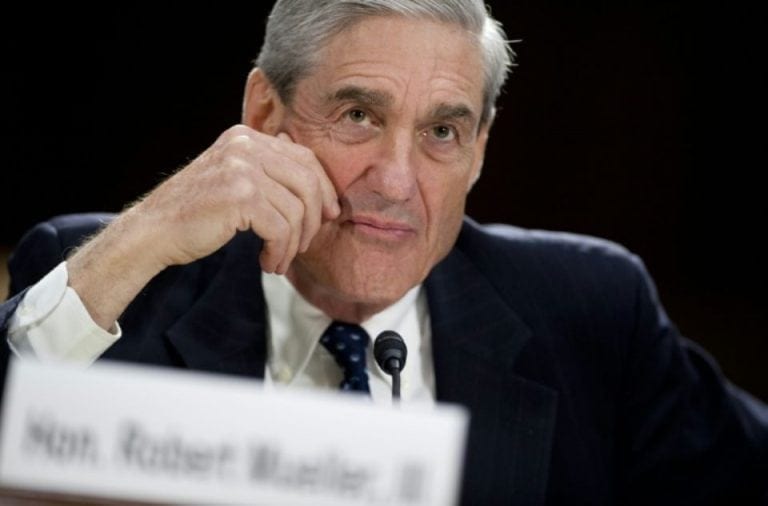 Mueller: Willing partner of the Deep State in the soft coup against Trump. "He wasn’t hired because he’s some kind of legal whiz, but because he looks and sounds like a person who isn’t a lawyer but 'who plays one on TV' — he’s the caricature of the part."

The indictments, of Paul Manafort II and of Richard W. Gates III, make serious charges against these two men, for their allegedly laundering $75 million of income to mainly Manafort during the period from 2006 to 2015. The charges are basically tax-evasion and “a series of false and misleading statements” by them to the U.S. Department of Justice during and after the men's subsequent work for Trump’s Presidential campaign.

.
This income had been derived during 2006 to 2015 from what was then the leading political Party in Ukraine, and Paragraph 10 of the Indictment states that this Party, “The Party of Regions was a pro-Russia political party in Ukraine.” Is that legally relevant? Is it criminal in America for a politician in a nation that borders Russia to be “pro-Russia”? (Should it be criminal in Russia for a politician in a nation that borders America to be pro-American?) It wasn’t criminal in that neighboring country, Ukraine, to be pro-Russian, but is it criminal in America? Did a legal basis exist, during 2005 through 2014, and up till the U.S. coup that overthrew this Party in 2014, for the U.S. to outlaw this Ukrainian Party, retrospectively, after the U.S. Government had replaced their rule by the rule of one far-right Party, led by Yulia Tymoshenko, and two racist-fascist or ideologically nazi Parties — the Right Sector, and the former Social Nationalist Party of Ukraine — all three of which Parties rabidly hate Russians?
.
The Party of Regions had been elected to power in Ukraine’s final democratic election (2010) in which the residents in all parts of Ukraine were permitted to vote for or against candidates for Ukrainian national office. That’s what its having been called “The Party of Regions” meant: acceptance, as being part of Ukraine, of the residents in all regions of Ukraine, not discriminating against any, and not blocking any from being able to vote for President and for other national elective offices. What was illegal, anywhere (even in the United States), about that? If nothing, then why does Mueller even mention it, except in order to prejudice jurors?
.

The Indictment states that this Party “retained MANAFORT, through DMP and then DMI, to advance its interests in Ukraine, including the election of its slate of candidates. In 2010, its candidate for President, Yanukovych, was elected President of Ukraine.” Is that criminal, or is it instead merely prejudicial against the defendants (Manafort and Gates)? Is this Indictment designed to appeal to Americans’ prejudices, or to America’s laws?

This income had been derived during 2006 to 2015 from what was then the leading political Party in Ukraine, and Paragraph 10 of the Indictment states that this Party, “The Party of Regions was a pro-Russia political party in Ukraine.” Is that legally relevant? Is it criminal in America for a politician in a nation that borders Russia to be “pro-Russia”?

Paragraph 11 states: “The European Centre for a Modem Ukraine (the Centre) was created in or about 2012 in Belgium as a mouthpiece for Yanukovych and the Party of Regions. The Centre was used by MANAFORT, GATES, and others in order to lobby and conduct a public relations campaign in the United States and Europe on behalf of the existing Ukraine regime. The Centre effectively ceased to operate upon the downfall of Yanukovych in 2014.” The last Ukrainian election in which the people in the parts of the country where the main language that was spoken was Russian were allowed to live in peace and to vote in Ukrainian national elections, had produced, according to Mueller, what was, until the coup “the existing regime” — not “the existing Government.” Is the presumption here that the coup-government is “the Ukrainian Government,” but that the democratically elected Government which had preceded the coup-government was instead “the existing Ukraine regime”? It contradicts the history — it contradicts the solidly documented record of what had happened there.

Mueller has indicted his two ham-sandwiches, regarding their allegedly hiding and lying about their income from the pre-coup leading political Party in Ukraine, and has gotten an unpaid Trump-campaign volunteer to admit only to his own lying to the FBI about what he himself had done. There is still no testimony against Trump, nor against anyone in his Administration. Is Trump really so honest, that this piranha, Mueller, can’t yet bite even close to this President? Not a big bite — not any bite at all? Really? And the Trump White House now considers impeachment “a realistic outcome” — from this? Maybe some reasonable explanation exists, other than: Trump’s team want to keep their ‘lows’ as low as possible until, late in his term, the shoddiness of the campaign against him becomes undeniable, and so sets him up for a stunning re-election, as the least-disgusting of the Presidential options, from amongst which, the American electorate will be allowed to choose, in 2020.

ERIC ZUESSE—”Mueller wasn’t hired because he’s some kind of legal whiz, but because he looks and sounds like a person who isn’t a lawyer but ‘who plays one on TV’ — he’s the caricature of the part.”