Home AMERICAN BRAINWASH The Demise of Dissent: Why the Web Is Becoming Homogenized

The Demise of Dissent: Why the Web Is Becoming Homogenized

We’ve all heard that the problem with the web is fake news, i.e. unsubstantiated or erroneous content that’s designed to mislead or sow confusion.

The problem isn’t just fake news–it’s the homogenization of the web, that is, the elimination or marginalization of independent voices of skepticism and dissent.

There are four drivers of this homogenization:

1. The suppression of dissent under the guise of ridding the web of propaganda and fake news–in other words, dissent is labeled fake news as a cover for silencing critics and skeptics.

2. The sharp decline of advertising revenues flowing to web publishers, both major outlets and small independent publishers like Of Two Minds.

3. The majority of advert revenues now flow into the coffers of the quasi-monopolies Facebook and Google.

4. Publishers are increasingly dependent on these quasi-monopolies for readers and visibility: any publisher who runs afoul of Facebook and Google and is sent to Digital Siberia effectively vanishes.

The reason why publishers’ advert incomes are plummeting are four-fold:

1. Most of the advert revenues in the digital market are being skimmed by Facebook and Google, as the chart below illustrates.

3. Few people click on the display ads that are the standard in desktop web publishing; in other words, these ads simply don’t work very well, and much of the revenue being generated is click-fraud, i.e. bots not real people clicking on adverts because they’re interested in the product/service. As a result, advertisers are pulling away from these type of ads as they search for advert models that aren’t so vulnerable to click-fraud.

4. The web is increasingly shifting to mobile, which has fewer advert spots due to the small size of the display. In addition, major third-party advert services such as Google Adsense place restrictions on the number and size of ads being displayed on publishers’ sites.

The systemic erosion of advert revenues for everyone other than FB and Google is evident everywhere: for example, BuzzFeed Set to Miss Revenue Target, Signaling Turbulence in Media Prospects for a 2018 initial public offering by the high-profile publisher now appear remote.

Digital publisher BuzzFeed is on track to miss its revenue target this year by a significant amount, the latest sign that troubles in the online-ad business are making it tough for new-media upstarts to live up to lofty expectations.

As a result of these two dynamics–the censorship of dissenting views under the excuse of limiting fake news, and the erosion of advert income–independent publishers are losing ground. While those posting on Facebook and other social media sites have little expectation of monetizing their content, many web publishers made enough income off adverts or affiliated income (from YouTube channels, for example) to justify the enormous time and effort they expended keeping their channel/site going.

As advert income has dwindled, there are only two other revenue models available to publishers: a subscription service or Patreon, i.e. the direct financial support of users/readers/viewers. Major publishers are struggling to build a subscription base large enough to fund their operations, a task made more difficult by the expectation that all content is free or should be free.

Patreon has been a boon for thousands of independent writers, journalists, cartoonists, filmmakers and other creators of content. The Patreon model (as I understand it, and yes I have a Patreon campaign) is not based on content that’s behind a paywall available to subscribers only, but on providing incentives in the form of content or other rewards to those who choose to contribute.

The Patreon model only works if enough users/readers/viewers step up to support content creators they value. I think the success of Patreon suggests that many people are willing to support the content creators they value. But like all voluntary revenue models, there’s the free-rider issue: people who may have the income to pay a bit for content choose not to, and in essence free-ride on those few who do contribute/pay for content.

Some people have advanced the model of micropayments as the solution to the problem of compensating content creators fairly. While this model has some obvious benefits–pennies charged for access to content might add up to a living for content creators if their audience was large enough–it would still be a voluntary system, and thus it would have the same free-rider issue as every other voluntary payment-for-content idea.

Posting “free” content on social media ends up driving advert revenues to the social media and search monopolies, leaving nothing for the content creators. There is only so much serious content that can be created for free.

If what we’re left with is “free” content (i.e. the creator gets no income for creating and posting content), Facebook, Google and click-bait link farms of sensationalist headlines, we’ll end up with a thoroughly homogenized web of “approved content” underwritten by lobbyists, the entertainment industry and elitist foundations/think tanks, and little in the way of real dissent or diversity of independent analysis.

In other words, we’ll be left with officially generated and sanctioned fake news and “approved” dissent: unemployment is at record lows, inflation is near zero, the “recovery” is alive and well, Russia is the enemy and any suggestion to the contrary is propaganda that must be eradicated as fake news, etc.

Simply put, the web is becoming Orwellian. There’s plenty of approved “diversity of opinion,” but dissent is being sidelined to the fringes as a risk to the perfection of managed content. 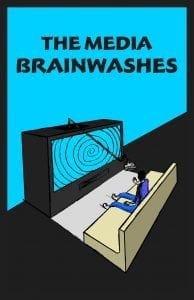 About the Author
Excerpt

Viciousness and ignorance: New York Times columnists on the rampage

WE NEED THEIR VOICES TODAY!