As Trump’s list of real crimes and outrages grows by the day, the Democrats’ phony fixation on the evidenceless “Russiagate” bears witness to their inherent treachery and unwillingness to fight the Republican agenda.—Editor 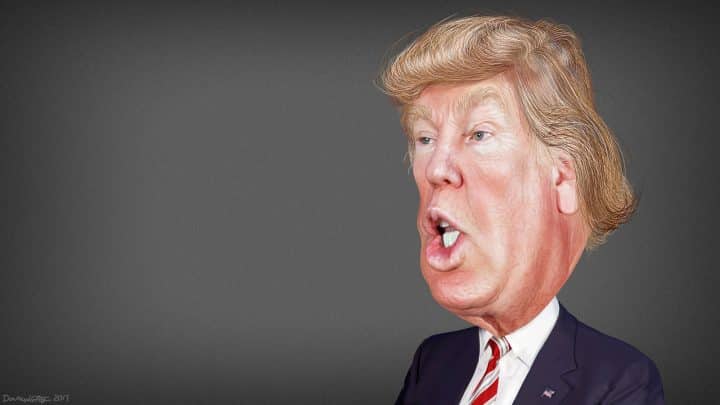 In less than one year in office, Trump exceeded the recklessness and ruthlessness of his predecessors.

He escalated neoliberal harshness after pledging to serve all Americans equitably. He pushed for greater corporatization of healthcare than already, deep cuts in Medicare and Medicaid coming, along with the Children’s Health Insurance Program (CHIP), the latter perhaps eliminated entirely if funding isn’t renewed. He backs the great tax cut heist – corporate predators and super-rich households to benefit at the expense of most Americans, continuing the transfer of wealth to the nation’s privileged class, stealing it from ordinary people.

His agenda shows disdain and contempt for social justice, a dystopian America replacing its remnants. The nation is being transformed into a ruler-serf society, enforced by police state harshness – tyranny by any standard.

“Trump and Netanyahu are Ziofascist Islamophobes, supporting illegal occupation of historic Palestine, no end of it in sight, nor any hope for Palestinian self-determination any time in the foreseeable future – maybe one day, for sure not while extremists run America and Israel.”

He’s waging war on refugees, asylum seeks and immigrants, notably Muslims, Latinos and Black Africans. He’s no friend of the earth, letting Big Oil and other resource developers plunder it for profit unrestrained. Ecosanity is off his radar. He escalated wars begun by Bush/Cheney and Obama, threatening new ones against North Korea and Iran, along with a possible trade war on China.

He launched Cold War 2.0 with Russia, including illegal sanctions and provocative military deployments near its borders. He favors expanding Guantanamo, not shutting it down. Deplorably he believes “torture absolutely works.” Clear evidence proves otherwise. It’s used for punishment and control, not information gathering.

He favors privatizing public education, handing it to corporate profiteers, concerned about bottom line performance, not teaching the way it should be. He believes whatever government does business does better so let it. He opposes regulations to let them do as they please, free from government restraint.

He favors militarism and warmaking over diplomacy, continues waging phony war on terrorism while supporting it, intends expanding the nation’s nuclear arsenal, and said using these weapons should never be taken off the table. He wants greater military spending at time America’s only enemies are ones it invents, including expansion of the nation’s armed forces. He boastfully claimed “(t)here’s nobody bigger or better at the military than I am.” He delegated foreign policy to hawkish generals.

His latest outrage was recognizing Jerusalem as Israel’s capital, intending to move the US embassy there – defying international law and world community sentiment. Jerusalem is an international city under a UN protectorate. No other nations recognizing Israel have their embassies there. America will be the first, inciting world outrage to please Ziofascists running the Jewish state – wrecking the already moribund peace process. The decades-long initiative is a colossal hoax each time revived, never the real thing because Washington and Israel want perpetual conflict and instability, not resolution and equity for Palestinians – the way imperialism works.

Trump and Netanyahu are Ziofascist Islamophobes, supporting illegal occupation of historic Palestine, no end of it in sight, nor any hope for Palestinian self-determination any time in the foreseeable future – maybe one day, for sure not while extremists run America and Israel.

Ethnic cleansing, land theft and dispossession of Palestinians from their land have been ongoing for nearly seven decades – 78% of historic Palestine seized in 1948, the rest in June 1967, including Jerusalem Israel confiscated as its capital, defying international law.  On Wednesday, Trump expressed wholehearted support for the outrage, recognizing what no other nation formally accepts, saying in a national address:

“…I have determined that it is time to officially recognize Jerusalem as the capital of Israel.”

“I’ve judged this course of action to be in the best interests of the United States of America and the pursuit of peace between Israel and the Palestinians. This is a long-overdue step to advance the peace process and to work towards a lasting agreement.”

Stillborn from inception, his action wrecked any hope for recognizing fundamental Palestinian rights as long as he’s in office. Together with Israel, he renewed the spirit of Balfour, two imperial colonizers conspiring against long-suffering Palestinians. He ignored Palestinian and Arab leaders warning of inciting regional unrest and instability, protests already occurring across the West Bank and Jordan. He signed a temporary waiver to keep America’s embassy in Tel Aviv, intending to move it to Jerusalem later in his tenure, ending longstanding US policy.

For years, Israel has been Judaizing East Jerusalem by settlement construction, Palestinian home demolitions, and dispossession of their residents – the process likely to accelerate following Trump’s announcement. He proved what Palestinians have long known. They have no friend in Washington, regardless of whether Republicans or undemocratic Dems are in charge.

They’re alone in struggling for liberation. Maybe some day, not now.

My newest book as editor and contributor is titled “Flashpoint in Ukraine: How the US Drive for Hegemony Risks WW III.”

Uzbekistan – A Voice from Eurasia

Capitalism’s Failure Of The Flesh: The Rise Of The Robots

Interestingly enough, I recently came across a couple of liberal puns that have been promoting the anti-Russian Tale all year, who now try to say it is Republicans selling the tale. Well, I guess that’s progress. Maybe liberals will study the issues a little deeper to understand what’s going on with the similar anti-Israel campaign of the liberals. That, too, is a complicated issue, but understanding US Mideast policies requires understanding Americans’ (esp. middle class) priorities — oil. (And the anti-Jewish racism — even if couched in political terms — which has been implicitly promoted throughout 2017, really should be… Read more »