Photo by Kristoffer Trolle | CC BY 2.0

I lived in Jerusalem for four years in a flat with a fine view of the Mount of Olives, which will supposedly split apart on Judgement Day and the dead in the vast cemetery on its slopes will rise again.

I found parts of the city like the Dome of the Rock exquisitely beautiful but overall it was a city filled with hatred.

One day a nurse was knifed to death at the bottom of Elisha Street where I was living. Several times there were bombs on buses or in markets on Jaffa Road, which lay a couple of hundred yards in the other direction.

The violence ebbed and flowed, never as great as many other cities in the Middle East, but never entirely absent.

There was always a contrast between Jerusalem as a small shabby city and its status as a great symbolic centre for three religions. It seemed to be dwarfed by its history. The main friction was between Jews and Muslims, but also within communities as the ultra-orthodox Jews grew in number and secular Jews moved to cities on the coast.

Hopes of a compromise peace were at their height after the Oslo Accords were signed in 1993, but were always undermined by the disparity in strength between the two sides. Israel simply had no reason to compromise to a sufficient degree to satisfy the Palestinians, unless it was put under great and sustained pressure by the US – and this was never likely to happen. Such hopes flickered out after Israeli Prime Minister Yitzhak Rabin was assassinated in 1995 by an ultra-nationalist religious zealot opposed to the peace terms.

After a brief hiatus, Rabin was followed by Benjamin Netanyahu, who is back in the prime minister’s office today.

The issue of the US embassy being moved to Jerusalem or even US recognition of Jerusalem has been raised at election time in America for decades. It served as a diversion or smokescreen concealing the establishment and expansion of Israeli settlements in Palestinian neighbourhoods in East Jerusalem and the West Bank.

Though Israeli governments regularly raised the issue as one of their grievances, it never seemed to be a major concern.

Capital of the sovereign state of Israel 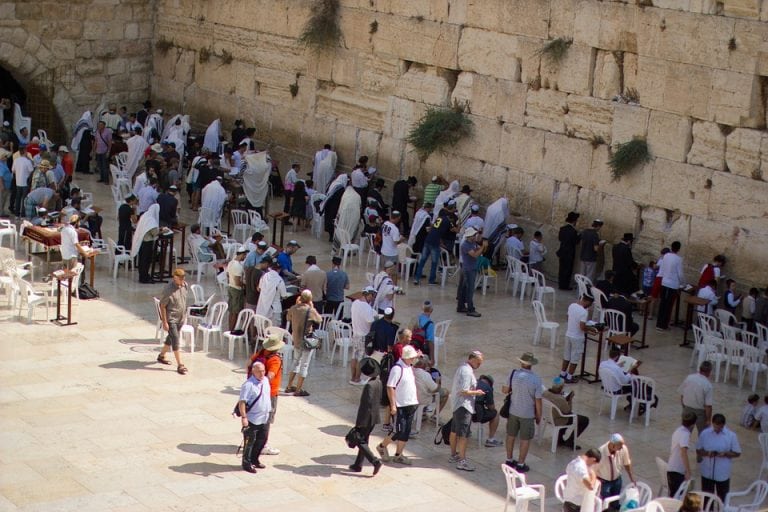 I arrived in Jerusalem just as the right-wing mayor Ehud Olmert was opening a festival to celebrate 3,000 years since King David captured it from the Jebusites. Olmert said that the purpose of the celebration was to highlight Jerusalem as “the eternal, united capital of the sovereign state of Israel and of the Jewish nation”. Palestinians worried about the impetus this would give to new settlements, and with good reason as 20 years later there are 200,000 Israeli settlers and 370,000 Palestinians in East Jerusalem.

What chance of a resolution?

The mood of rancour and intolerance has worsened over the years. It is difficult to see what good it will do Israel to have President Donald Trump recognise Jerusalem as its capital or move the US embassy there.

Its most likely impact will be to help revive the moribund Palestinian cause in the Muslim world. It will make it more difficult for states such as Saudi Arabia to cultivate closer relations with Israel and President Trump to unite regional Sunni powers against Iran.

It might have been a good idea from the point of view of Israel and the White House to let the issue lie.

About the author
Patrick Cockburn is the author of  The Rise of Islamic State: ISIS and the New Sunni Revolution.

France’s Lafarge Co. ‘going through a tough time’ after proof they worked with terrorists in Syria

Syria – ISIS Is Defeated – The U.S. Is Next In Line

As a fan of Cockburn, I was disappointed in this non-explanation. I also still have to shake my head when anyone – especially of his calibre – uses jargon such as “Jew” and “secular Jew” when referring to a nationality or race. I don’t recall him ever using “secular Christian,” or “secular Buddhist,” or “secular Hindu.” The reason being, of course, is that we don’t describe people or nationalities by what religion they follow or do not follow. Just like Christians, Sikhs, Hindus, etc, outside of their religion, Jews don’t exist.

I’m a Jew. And, if pushed, I’d say a secular Jew. But I do not call myself a Jew because of nationality or race. I’m a Jew because of HERITAGE; my parents called themselves Jewish and went to great lengths to reinforce an identity of…well, heritage. I was told stories. I got “into” those stories…and a world was created in my head. There was a place for Ethiopian Jews (Falashas), Sephardic Jews, Ashkenazi Jews, and others….

If you practiced the traditional religious rituals, you were a secular Jew; if not, you were a non-secularJew. Not a rigid enough definition for you? Sorry. It worked for me. I’ve known Christians, Buddhists, and one East Indian who called themselves “non-secular”. All Cassivi means to impart is the logic that runs his head. And I can appreciate his logic; it isn’t mine, but I can see his point of view.

Cockburn, on the other hand, disappoints me as much as Cassivi. I’ve appreciated and learned much from PC over the years, though I miss his brother Alex even more. This short, even flip article by Patrick seems more like an entry in his diary. For him to say, “Its most likely impact will be to help revive the moribund Palestinian cause in the Muslim world. It will make it more difficult for states such as Saudi Arabia to cultivate closer relations with Israel and President Trump to unite regional Sunni powers against Iran,” makes me wonder what he ate for breakfast or if he’s constipated: “CULTIVATE CLOSER RELATIONS” WITH ISRAEL…”!? Cultivate?! Saudi Arabia isn’t a country; it’s a feudal estate enabled by oil and the United States…and should be given to its people.

And those people: some of them are secular Arabs, some are not….