Russia Accuses US of Training Fighters as Anti-Syrian Terrorists

Too bad we have lost the ability to be shocked by such news. We take US imperial mendacity and treachery as a given.—Editors 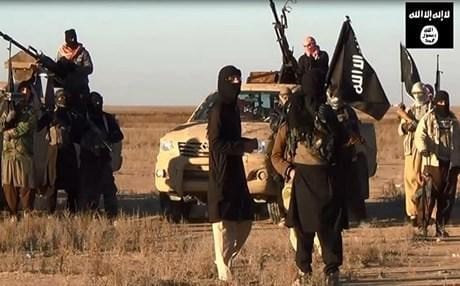 According to local refugees, America and its rogue allies are using a refugee camp near al-Shaddadi in southern Syria, illegally occupied by US forces.

A damning statement by Russia’s reconciliation center in Syria said the following:

“Despite the statements from the American side about its adherence to elimination of the IS terrorist organization, the (US-led) ‘International Coalition’ continues cooperating with the remaining terrorists in Syria.”

“The US instructors of the Special Operations Command tie up separate groups of militants at a (refugee camp transformed into a) training center” for terrorists to combat Syrian and allied forces.  “The US instructors, according to refugees returning home, are saying after the training, the new units would be relocated to Syria’s south to fight the Syrian governmental forces there.”

“According to refugees returning home, (Washington and its allies have) been using that camp for more than six months as a training base for militants, who come there from Syria’s various districts. Most militants, the locals from the refugees camp say, used to be members of the terrorist groups, destroyed by the Syrian governmental forces – IS and Jabhat Al-Nusra.”

“As of today, at the camp are about 750 militants, who have come from Raqqa, Deir Ezzor, Abu Kamal and the Euphrates’ eastern areas.”

Over 400 IS terrorists are there, “who with support from the US fled Raqqa in a convoy in October.”

Throughout nearly eight years of war, Washington and its rogue allies recruited, armed, funded, trained and directed ISIS, Al-Nusra and other terrorist fighters in Syria, Iraq and elsewhere.

Russia continues going all-out to restore regional peace and stability. America’s agenda is polar opposite – supporting the scourge it pretends to oppose.

Moscow maintains a small force in Syria after Putin ordered most of its warplanes and personnel back home, declaring the war won. How soon will he have to admit a mistake for the second time, redeploying Russian forces to combat US-supported resurgent terrorists again?