And the Golden Globe award goes to … Witch hunting! 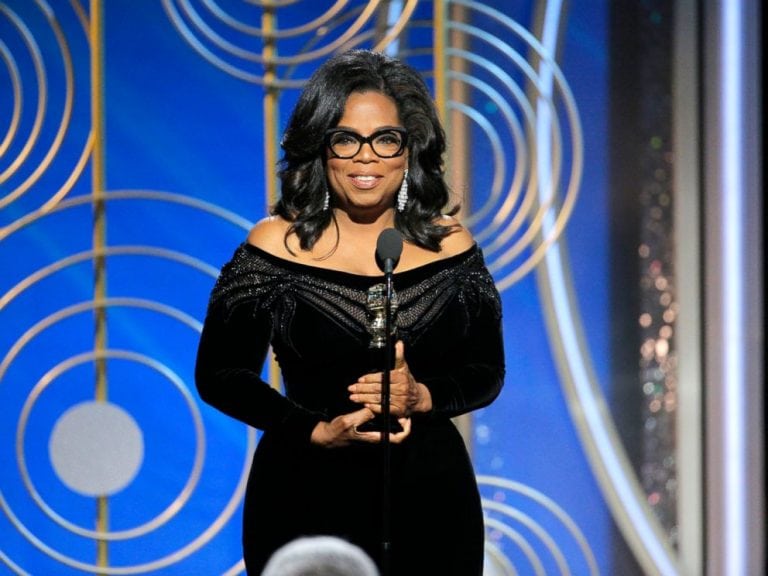 Oprah: Queen of daytime banality.  Now the presidency? The bar is by now so low that even Caligula’s horse might be proposed to run the empire.

This year’s Golden Globe Awards, with its unchallenged support for the #MeToo movement, was a wretched spectacle, Hollywood and identity politics at their worst. The smug crowd of millionaires, and in the case of Oprah Winfrey, a billionaire, expected viewers to believe that the “MeToo” movement constituted an epic chapter in the struggle for human liberation.

The self-absorption, self-obsession and endless self-pity of these people was ridiculous, pathetic, and utterly inappropriate. Amidst all the misery in the world, including the impending deportation of 200,000 Salvadorans, the devastation produced by US militarism and aggression across the globe, the thousands of Americans dying from drug overdoses and a hundred other social atrocities, the Hollywood celebrities devoted an entire evening of prime-time television to feeling sorry for themselves.

It is no wonder that the American film industry seems incapable, except for rare exceptions, of producing decent work. Its concerns are trivial and misdirected, or worse.

The actual handing out of awards, deserved and undeserved, was overshadowed by the sexual misconduct witch-hunt and the overwhelming stamp of approval that the film and television industry gave it Sunday night.

“The self-absorption, self-obsession and endless self-pity of these people was ridiculous, pathetic, and utterly inappropriate…”

The general character and tone of this year’s Golden Globes was established days or perhaps weeks ago. The appeal for women to wear black supposedly in solidarity with struggles against sexual harassment was almost universally heeded. Intimidations and conformism are the order of the day in Hollywood. What star would have dared to appear in an unsanctioned color? 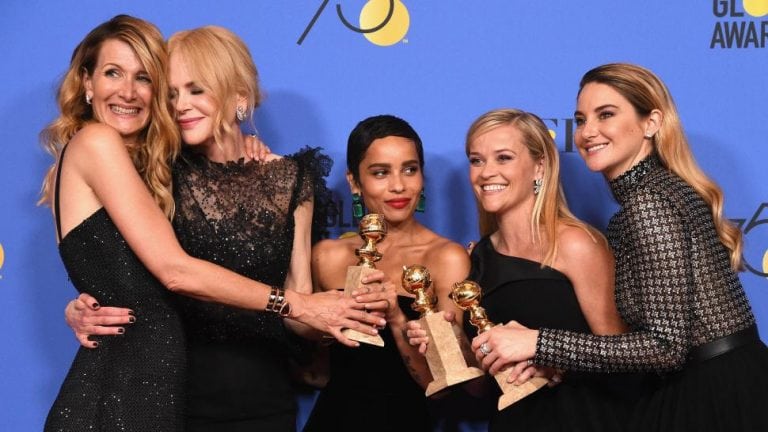 No one seemed troubled by the rampant violations of rudimentary due process and democratic rights. The fact that careers are being destroyed overnight on the basis of unproven and even anonymous allegations did not elicit a single objection. It was as if no one in the audience had ever heard of, or read a book about, the McCarthy era. It is back to “Scoundrel Time.”

In other words, this entire “struggle” is about celebrity and big money.

The host of the Golden Globes program, Seth Meyers, of NBC’s “Late Night with Seth Meyers,” has already shown his reactionary colors on a number of occasions. Last year, he eagerly lined up with the Democratic Party’s anti-Russian campaign and outright anti-communism. On Sunday Meyers set his mark on the event with an opening monologue characterized by cruel jokes about those in Hollywood accused of sexual misconduct. He began the evening’s hilarity with his introduction, “Good evening, ladies and remaining gentlemen.”

Meyers made an especially vicious jab at Kevin Spacey, a remarkable actor, who was kicked from his role in the popular Netflix series House of Cards on the basis of allegations about events that happened thirty years ago.

“Well, despite everything that happened this year, the show goes on. For example, I was happy to hear they’re going to do another season of ‘House of Cards,’” Meyers said. “Is Christopher Plummer available for that, too? [Referring to Plummer’s replacing Spacey in All the Money in the World. ] I hope he can do a Southern accent, ‘cause Kevin Spacey sure couldn’t. Oh, is that too mean? To Kevin Spacey?” It is despicable to “pile on” like this, kicking those who are disgraced and excluded. One can only imagine what jokes Meyer would have told at the expense of Oscar Wilde had he been around when the disgraced playwright was rotting in prison.

The super-rich and super-banal Oprah Winfrey lectured the crowd about racial and gender inequalities, telling the audience, “speaking your truth” is the most powerful tool they had. “For too long, women have not been heard or believed if they dared to speak the truth to the power of those men. But their time is up. Their time is up,” she said after accepting her award. The crowd went wild.

Needless to say, not a word was said Sunday about the many social ills plaguing American society.

Where was the discussion of the deteriorating social conditions in the US or the danger of war? Where was the call for support of Puerto Ricans still devastated by Hurricane Maria? Last year, Donald Trump was a hot topic at the Golden Globe Awards. He was barely mentioned this year. This year’s calls for “solidarity” were narrow, utterly half-hearted and self-congratulatory in nature.

The Golden Globes ceremony stank of reaction and self-satisfaction. It was a celebration of inquisitions and unsubstantiated allegations. Increasingly, masses of working class people, female and male, struggling to keep their heads above water, will see through this.

About the Author
The authors are cinema and cultural critics for wsws.org.

It’s Time to Nationalize the Internet

γνῶθι σεαυτόν
Like Warhol is reflecting the bourgeois culture of this society with all its warts and ‘refineries’ the Golden Globes (what else?) show the emptiness, vulgarity and ambition of its inmates, vying for glitter and not even being gay (to murder the lines of Bernstein’s Candide). But this is the best of all possible worlds for those with little talent and much luck (or venality). Why fight it? Let them eat cake! We all live under the volcano and also this will pass. Pious protests from idealists will not shake the status quo, soon to be the past, while women everywhere can dream of revenge: “Und wenn dann der kopf fällt, sag ich: Hoppla!”

David Walsh defends misogyny in so many of his articles…. He has so locked into doctrine that he has lost his humanity and his empathy…

I am not a fan of Hollwood glitz…. but even women who have chosen this industry deserve to be treated with respect, not groped, prodded, assaulted and raped…

I do wonder why David Walsh has not defended the church for its child molestation, as preserving the church is a higher goal, than destroying it. So what if thousands of children has their lives ruined….. Culture as he defines it, religion, political doctrine after all are so much more important that the destruction of the lives of women and children….

As for Oprah, she knows all too well the suffering of the poor and disenfranchised, that she was able to rise above the bleakness of her early reality, should not be smeared, but celebrated, even as she is part of an industry that is not politically correct to David Walsh…

Revenge is so judeo. christian…. it has been said that doing well is the best revenge…. so power to those who do well against all odds….

and power to women who do not want revenge, but simply want the right to live without violation of their persons, who want to be free to thrive and live well.

yes, you are right, revenge was the wrong word. As proof of not so hidden misogyny see the illustration above the article b y Lendman….