Concerning Our Endless Quest for Self-Improvement 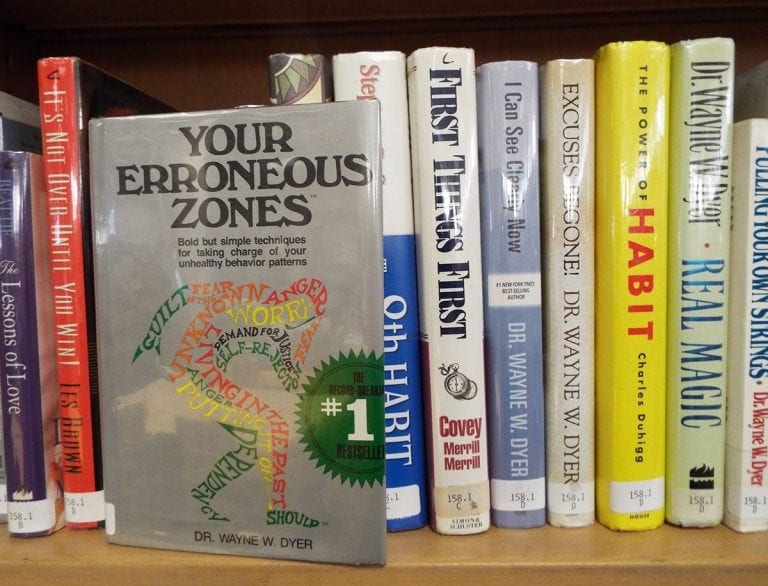 To counterbalance the competitive pace of the digital age, and the cacophony of self-help gurus—always more voluble at the start of a new year—urging us to lead “better,” fuller, more productive lives, Alexandra Schwartz, a staff writer for the New Yorker, recently recommended Danish psychologist Svend Brinkmann’s 2014 book, “Stand Firm: Resisting the Self-Improvement Craze” (see “Improving Ourselves to Death,” January 15th).

But, while Brinkmann’s modern-day ruminations are undeniably in vogue, they are no more edifying than German philosopher Friedrich Nietzsche’s from over a century earlier. Without even the maddening ubiquity of constantly updating, beeping, and otherwise chirping smartphones—that, unless muted, turned off, or, gleefully chucked into the sea—never seem to allow us adequate time for unadulterated reflection (both about ourselves and the world), Nietzsche remarked: “With the tremendous acceleration of life” we are all “like travelers who get to know a land and its people from the train.”

Equally more illuminating than Brinkmann’s minimalist musings is masterful American writer James Baldwin’s take on modern society’s lack of consciousness. In his essay “Mass Culture and the Creative Artist,” Baldwin piercingly observed: “What the mass culture really reflects . . . is the American bewilderment in the face of the world we live in. We do not seem to want to know that we are in the world, that we are subject to the same catastrophes, vices, joys and follies which have baffled and afflicted mankind for ages.”

(Helping us to break from and even escape the madcap, manic pace of our always “connected,” always “tuned in,” increasingly smartphone-and-computer screen-existence, it’s helpful to consider, in contradistinction, the elegant life-instruction of: (1) Arturo Bandini, the struggling writer in novelist John Fante’s “Ask the Dust,” who pontificates that: “life . . . [is] to wander and stop and then go on, ever following the white line along the rambling coast, a time to relax at the wheel . . . and grope stupidly for the meanings in that perplexing desert sky.” And (2), Nietzsche’s aphorism on “quiet fruitfulness,” which explains: “born aristocrats of the spirit are not overeager; their creations blossom and fall from the trees on a quiet autumn evening, being neither rashly desired, not hastened on, nor supplanted by new things . . . . [For] if one is something, one does not actually need to do anything—and nevertheless does a great deal.”) 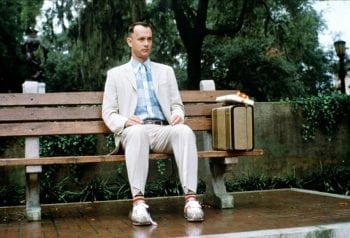 Gump’s wisdom made him a foreigner in his own culture. Constant competition and the insecurities of capitalism exacerbated by the media siren calls to “improve oneself” as a form of protection make many Americans embrace a state of uninterrupted frenzy.

Moreover, Brinkmann’s prophylactic of “standing still” to “content ourselves with being average”—as trite as “stop and smell the roses”—is easily outclassed by: (1) the elegance of martial artist Bruce Lee’s mid-20th century observation that “Gung Fu values the wonder of the ordinary, and the idea is not daily increase but daily decrease;” and (2) the ancient Greek stoic philosopher Epictetus’s advice that “the first step to living wisely is to relinquish self-conceit;” to “behold the world fresh—as it is, on its own terms—through the eyes of a beginner.”

The unhealthy, self-defeating drive to always improve and “be better” than we are is also helpfully—if melancholically—addressed in the title story of Swiss-Italian author Fleur Jaeggy’s 2017 short story collection, “I Am The Brother of XX.” In Jaeggy’s tale, the “brother” is exhorted to his chagrin (and possibly even his suicide) by his older sister, about “the importance of succeeding in life.” But, at the end of Jaeggy’s story, the brother concludes: “The importance of succeeding in life is a noose. It’s nothing but a noose.”

Ultimately, however, while not hifalutin or erudite, it was Forrest Gump who perhaps best explained the challenge of embracing the overwhelming fullness and diversity of life, impressing on us that it’s “like a box of chocolates.” That’s why we have to slow down and carefully choose the pieces we most want to enjoy, savoring them slowly, remembering always, it’s unhealthy to stuff your face. For as Epictetus opined, “[t]he wisest among us appreciate the natural limits of our knowledge and have the mettle to preserve their naïveté.”

ABOUT THE AUTHOR
Stephen Cooper is a former D.C. public defender who worked as an assistant federal public defender in Alabama between 2012 and 2015. He has contributed to numerous magazines and newspapers in the United States and overseas. He writes full-time and lives in Woodland Hills, California.

B. Traven, the author of The Treasure of the Sierra Madre