An Evening of Obama Dissembling

Only in America we find an industry peddling appearances of former high officials—in actuality crooks and war criminals—for exorbitant fees. 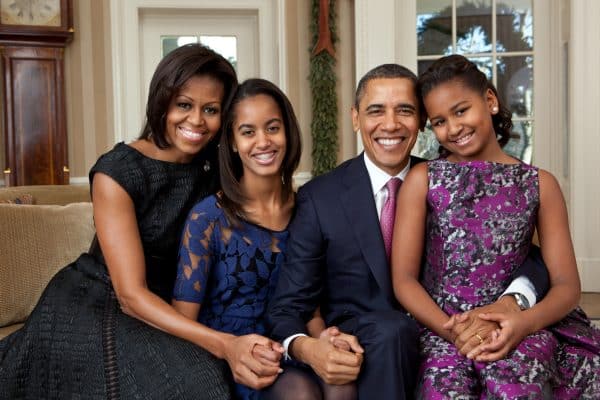 The Royal Obamas: the new golden standard for demagogy and corruption. The continued admiration of this family by mainstream liberals confirms their own myopia and class-dictated imbecilities.

On January 24, he spoke at New York’s Temple Emanu-El – promoted as “An Evening with President Barack Obama.”

He gets 6-figure fees for addresses. It’s unknown what he received from Temple Emanu-El. Attendees were charged $225 to hear him. The event was sold out.

Why to hear a serial liar, an unindicted war criminal, a supporter of Big Brother spying, a Russophobe and Islamophobe, responsible for US high crimes and other human rights abuses on his watch, a servant of Wall Street and other corporate predators, a major media darling – complicit in his criminality by suppressing it.

He and Vladimir Putin are polar opposites, Russia’s president a preeminent world leader on the right side of history, a straight-talking peace champion. Obama is a world-class scoundrel, responsible for enormous harm on countless millions of people at home and abroad on his watch.

Why to hear a serial liar, an unindicted war criminal, a supporter of Big Brother spying, a Russophobe and Islamophobe, responsible for US high crimes and other human rights abuses on his watch, a servant of Wall Street and other corporate predators, a major media darling – complicit in his criminality by suppressing it.

It’s one of the world’s largest synagogues. Emanu-El means “God is with us.” About 3,000 families comprise its congregation, some of New York’s rich and famous. If that number bought tickets to hear Obama, Emanu-El would have reaped a $675,000 windfall – minus what Obama was paid to speak. He addressed why he refrained from vetoing Security Council Res. 2334 in December 2016. It states settlements have “no legal validity and constitute a flagrant violation under international law.”

It demands “Israel immediately and completely cease all settlement activities in occupied Palestinian territory, including East Jerusalem.” It recognizes no territorial changes “to the 4 June 1967 lines, including with regard to Jerusalem, other than those agreed by the parties through negotiations.” It “(c)alls upon all States, to distinguish, in their relevant dealings, between the territory of the State of Israel and the territories occupied since 1967.”

“Voting against the resolution would have damaged our credibility on affirming human rights only when it’s convenient, not when it has to do with ourselves and our friends,” he added. Throughout his tenure, he terror-bombed seven countries, partnered in two preemptive Israeli wars on Gaza, supported occupation harshness, presented a peace plan endorsing Palestinian subjugation, not liberation. Indeed, he’s “a true friend of Israel,” supporting its persecution of Palestinians. He laughably said he’s not “optimistic” about the peace process.

He opposed it in office like his predecessors. For 100 years, Palestinians have sought recognition of their fundamental rights, denied by powers wanting them subjugated, Obama like all the rest. He had eight years to serve their interests, never trying, never caring, focused on pursuing Washington’s imperial agenda, including exclusively serving America’s privileged class and allies, exploiting and harming others. He conspired with Israel against Palestinians, went along with suffocating Gazans under siege. He betrayed his own people, imposing neoliberal harshness on the nation’s most disadvantaged when economic stimulus was needed.

He disgraced the office he held, now cashing in from his time in office, including a reported $60 million dollar joint book deal with wife Michelle – along with 6-figure speeches.

Nice work if you can get it!

Russiagate Isn’t About Trump, And It Isn’t Even Ultimately About Russia

Iran, as Supporter of Self-Determination, a Thorn in Imperial Washington’s Side

Political Whores come in all colors.