Europe’s Left has finally renounced the Syriza Party (acronym for Coalition of the Radical Left), as Jean-Luc Mélenchon of France Insoumise or “Unsubmissive France” calls for Greece’s Syriza booted out of the Alliance of Leftists. Greece’s PM Tsipras of the Syriza Party faux Left is way too far Right!

In stark contrast to Syriza’s Greek PM Alexis Tsipras, Monsieur Mélenchon, a Member of the European Parliament (“MEP”), calls for (a) an end to “presidential monarchy in France,” (b) enhanced environmental protections, (c) increased labor rights, and in harmony with his hard left sympathies, lo and behold, (d) a 100% income tax on those earning over €360,000 a year.

As for Syriza, Mélenchon says it has become “impossible to rub shoulders” with Syriza and Greek Prime Minister Alexis Tsipras given attacks on working people. Unfortunately for hard working Greeks, that may be a gross understatement. It now appears they were sold a bill of goods by PM Alexis Tsipras representing the Left since January 2015, as he infamously serves to please, time and time again, whenever Wolfgang Schäuble (DE), the Eurozone’s notorious Hatch Man, frowns, oh so frequently!

According to SocialistWorker.org: “In January 2015, the Coalition of the Radical Left, or SYRIZA, was swept into office on a huge tide of votes in national elections. There was immense hope that the new government led by a party that had remained uncompromising in its opposition to austerity would finally stand up to the European Union and defend working class living standards ravaged by the economic crisis and the punishing Memorandums demanded by the lenders. Yet by July of that year, Prime Minister Alexis Tsipras had capitulated, signing up to a new Memorandum. The attacks on workers, the poor and immigrants have continued unabated.” 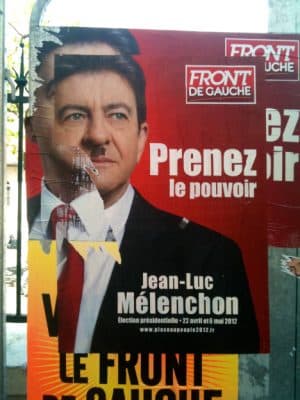 After years of being screwed over, Greece is so bloody exhausted from hard right European Troika aka: European Commission, European Central Bank and IMF screwing that the country resembles a haggard dark-eyed nymphomaniac hard-core heroin addict at the first break of dawn, squinting into blinding brightness, too hacked to sit up in bed. Now, after years of raw naked brutality, Greece has morphed into a forlorn soulless zombie with nothing more to lose.

In its latest installment of “Robbing Greece Blind,” big bad Troika has instituted (1) a new raft of privatizations and (2) benefit cuts, including cuts to child care, as well as disability benefits, (3) the sale of 14 additional public assets, and (4) stern measures to facilitate repossession and sale of properties of families who fall behind in payments. Oh yeah, also, (5) longer working hours for teachers; thus, providing some kind of arrangement for kids when their parents are evicted.

In order to approximate the impact of Troika’s version of Panzer Division-type-hybrid attacks, consider the following: Recently pensions were cut once again for the 17th successive pension reduction in seven years, which may be a new world record for enforcement of austerity measures to satisfy neoliberal spirits. Meantime, the Greek health system is crumbling under the weight of “one of the greatest economic and social catastrophes in the whole history of international capitalism.” (Source: Dimitris Konstantakopoulos, member Secretariat of Syriza, The European Left and the Greek Tragedy, Defend Democracy Press, May 22, 2017)

Not only, Greece’s GDP has fallen by 27% as a result of a makeover program that was strongly suggested, by Troika, to help the economy grow, not fall apart, down and out for the final count. Astonishingly, nowadays Greece mirrors the Great Depression of 1929-33, and it’s already embedded ten (10) years of continuous recession, which sets another record. Evidently, somebody at Troika forgot to push the “start button.”

Mysteriously, but maybe not so mysterious, this particular Greek Tragedy does not pass the sniff test. Something is rotten, somewhere. In order to get to the bottom of it, according to Dimitris Konstantakopoulos, member Secretariat of Syriza: “The Greek Reform Program was no mistake but was and remains the premeditated assassination, by economic and political means, of a European nation and its state, for reasons of much wider significance than the significance of the country itself,” Ibid.

Which prompts: Why so brutally horribly dehumanizing? 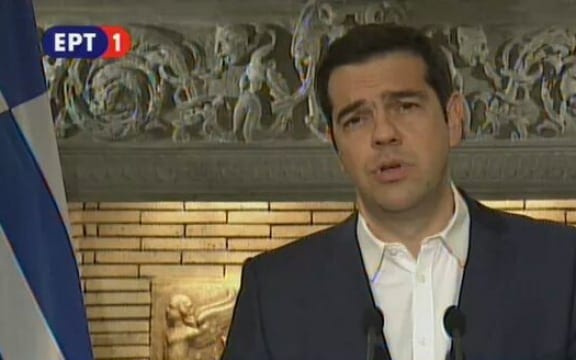 According to one analysis, Greece is the scapegoat for all European ills, thus it represents a looming threat to all other abusers of neoliberal dicta. The rationale: Other delinquent southern European countries were spared the hatchet only because, if Troika brutalized them as well, it risks alliances of like-minded protagonists and revolt all across half of Europe. Which would exceed the wherewithal of the grand neoliberal crusade and possibly blow its covert operations wide open for all to see. As it happens, Greece was/is low hanging fruit and a perfect whipping boy that hopefully knocks some sense into spendthrift Mediterranean lefties, or so the Troika likely assumes. Otherwise, why destroy Greece?

As it happened, Troika misrepresented good intentions, and in fact lied by publicly claiming Greece was receiving enormous amounts of financial support from its European partners, whereas 95% of those funds zip-zip right back to Deutsche Bank, PNB Paribas, and other U.S. and European banks, bypassing Greece’s banks and citizens as quickly as a finger click. But wait; of course, Greece keeps five percent.

In order to receive Troika’s financial bailout, Greece has undergone a massive transfer of public assets, all the best stuff, to privatization interests, part of the hardcore hypothesis behind neoliberalism, e.g., (1) 14 major regional airports sold to Germany’s Fraport, (2) the Port of Piraeus, one of the largest ports in Europe sold to China’s Cosco, (3) the Port of Thessaloniki, which is Greece’s second largest city, sold to a German consortium, and (4) privatization funds created, under Germany’s direction, for water utility transfers to private hands, prompting the president of the Greece water company trade union to forewarn that the for-profit model often times raises prices for consumers and sometimes service degrades. But then it’s too late to do much about it.

And, come to think of it, why should water be a for-profit enterprise in the first instance? And, why should ports, as old as the city of Athens, be for-profit private enterprises? By longevity alone, it is an iconic attachment to Greece, dating back centuries upon centuries. Maybe some precious things in life should escape the dictates of profit for the few in favor of the common interests of the many.

Postscript: Close to chaos, because the market is not just, you’re far away from the country which was your cradle.

What was searched and found with one’s soul, is now considered to be as worthless as scrap metal…

However, Socrates gives you back the [hemlock poison] cup full to the brim.

Curse you as a chorus, which is characteristic of you, will the gods, whose Mount Olympus you want to steal.

You’ll waste away mindlessly without the country, whose mind invented you, Europe. A Poem (portions of) by Günter Grass, 2012.

The Scourging of Julian Assange