HELP ENLIGHTEN YOUR FELLOWS. BE SURE TO PASS THIS ON. SURVIVAL DEPENDS ON IT.
A top-notch thinker, and one who normally tells it like it is, and suffers no fools, no matter how exalted their position, sees only darkening clouds on the immediate horizon. 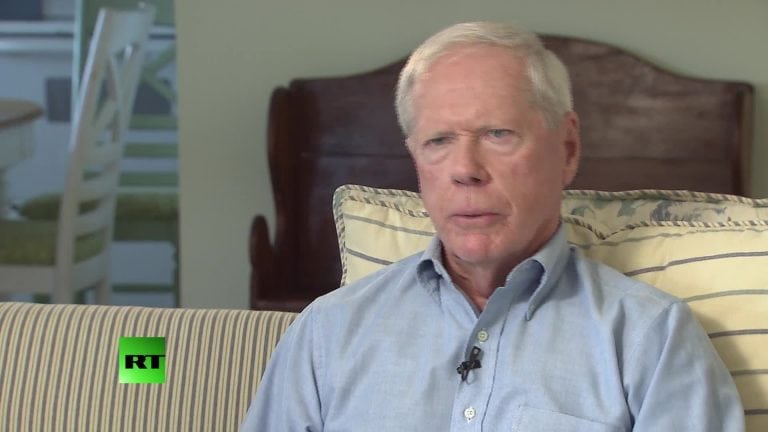 “In a nuclear war the “collateral damage” would be the life of all humanity.” — Fidel Castro

Dateline: 3.13.18
The Russians, in their anxiety to show the West how friendly they are, left Washington with a toe hold in Syria, which Washington is using to reopen the war. The Russians’ failure to finish the job has left Washington’s foreign mercenaries, misrepresented in the American presstitute media as “freedom fighters,” in a Syrian enclave. To get the war going again, Washington has to find a way to come to the aid of its mercenaries.

The Trump regime has found, or so it thinks, its excuse in the revival of the Obama regime’s fake charge of Syrian use of chemical weapons. This made-up lie by the Obama regime was put to rest by Russian intervention that made sure there were no Syrian chemical weapons. Indeed, if memory serves, Russia delivered the chemical weapons to the US for destruction. Little doubt Washington still has them and will use some of them with their Syrian markings for what appears to be a coming false flag attack that can be blamed on Assad. In other words, Washington will create a “situation,” blame Assad and Putin, and with or without congressional authorization introduce US intervention in behalf of Washington’s mercenaries. https://www.globalresearch.ca/russia-warns-us-against-attacking-syrian-forces/5631930

If we can believe James Mattis, the retired US Marine General who is US Secretary of Defense, Syria, a country without chemical weapons and in need of none in its mopping up operations against Washington’s mercenaries, is using chlorine gas “against its own people,” exactly the same phrase as the Obama regime used when Obama tried to orchestrate an excuse to attack Syria. Mattis said that he is receiving reports of chlorine gas use by Assad while simultaneously saying he has no evidence of gas use, much less by the Syrian Army.

The US Secretary of Defense actually accused Syria of “targeting hospitals” with chlorine gas even though he admits there is no evidence. Mattis went on to accuse Russia of complicity in killing civilians, an endeavor in which the US excels.

Stephen Lendman reports that CIA Director Pompeo “suggested a US attack on Syrian forces may be forthcoming, saying Trump won’t tolerate CW [chemical weapons] attacks, adding he hasn’t made a decision on the latest reports about chlorine gas use.” http://stephenlendman.org/2018/03/mattis-threatens-us-military-action-syrian-forces/

US Secretary of State Tillerson joined the orchestrated allegation even though he admitted there was no evidence. https://www.rt.com/usa/421091-skripal-tillerson-russia-response/

No doubt that other interests are in on the plot. Oil companies that want to control the location of oil and gas pipelines, the crazed neocons married to their ideology of American World Hegemony, the military/security complex that needs enemies and conflicts to justify its massive budget. But it is Israel’s determination to expand its boundaries and water resources that set all of the Middle East conflict in motion.

Every time Russia fails to finish the job, as in Syria and Ukraine, Russia does not win Washington’s friendship, but extends to Washington yet another run at prevailing in the conflict that Washington initiated. Washington will not slack off until Washington is halted in its track, something that Russia does not seem willing to do. Consequently, Washington continues to drive the world to nuclear war.

When will the Russians notice that literally everyone in the Trump regime is issuing threats to Russia— Mattis, Tillerson, Nikki Haley, government spokespersons, the UK PM and UK Foreign Secretary. Yet the Russians still speak about their “partners” and how much they want to get along with the West.

There is no prospect whatsoever of the British going to war against Russia. The entirety of the UK would be instantly wiped out, yet the UK PM issues ultimatums to Russia: https://www.rt.com/uk/421078-may-skripal-russia-parliament/

Here is what Finian Cunningham has to say about the British prime minister threatening Russia: https://sputniknews.com/columnists/201803081062350153-who-gains-from-poisonins-russian-ex-spy-uk/

The entire Western world is insane. As Michel Chossudovsky says, the Western politicians and presstitutes who serve them are driving the world to extinction. https://www.globalresearch.ca/fake-news-and-world-war-iii/5631417

Note: It appears that the military/security complex is closing its grip on the Trump regime. Secretary of State Tillerson has been fired and is being replaced by CIA Director Pompeo. Gina Haspel, the new CIA Director, is the person who oversaw the CIA’s secret torture prisons in Thailand. 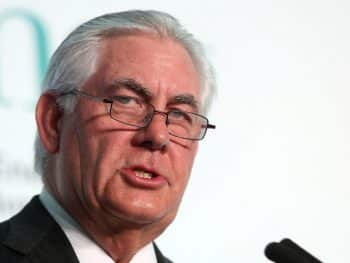 Senator Chuck Schumer (D, NY) says Tillerson’s firing indicates that the Trump administration is disintegrating. I understand why Senator Schumer sees it that way, expecially following all the other dismissals and resignations.

I see it differently. The firing of Secretary of State Tillerson, the movement of CIA Director Pompeo to Secretary of State, and the promotion of Gina Haspel, who oversaw the secret CIA torture prisons in Thailand (https://www.nytimes.com/2017/02/02/us/politics/cia-deputy-director-gina-haspel-torture-thailand.html), indicate that the military/security complex has closed its grip on the Trump regime. There will be no more talk of normalizing relations with Russia.

The combination of the Israel Lobby, the neoconservatives, and the military/security complex have proven to be too powerful for peace to be established between the two nuclear powers. If you look at Trump’s administration, the above three forces are those in charge.

Israel remains determined to use the US military to destabilize Syria and Iran in order to isolate Hezbollah and cut off the militia’s support and supplies. The neoconservatives both support Israel’s interest and their own desire for Washington’s hegemony over the world. The military/security complex intends to hold on to the “Russia threat” as a justification of its budget and power.

The presstitutes are in complete harmony with the scheme. Although Russiagate has been proven to be false charges orchestrated by the DNC, FBI, and CIA, the presstitutes continue to repeat the charges as if evidence exists that proves the charges to be true. The “stolen election” is fiction turned into fact. And now we have a new charge, that Putin ordered a former British spy in England to be eliminated while sitting on a park bench with the use of a highly unlikely form of military poison. The charge is preposterous, but that is not preventing the fiction from becoming fact.

Having served in Washington for a quarter century and having known members of the British government, I do not believe that any of them believe the Russiagate and Skripal poisoning stories. What is happening is that an agenda has taken precedence over truth.

This is an extremely dangerous agenda. Russia’s new weapons easily give Russia military superiority over the US. As China and Iran see the situation similarly to the Russians, the US is greatly out-classed. Yet, Washington and its vassals persist in making violent and false charges and threats against Russia, Iran, and on occasion China. Russia, Iran, and China know that these charges are false. Confronting an endless string of false and hostile charges, they prepare for war.

The world is being driven to war, which would be nuclear, by a tiny minority: Israeli Zionists, neoconservatives, and the US military/security complex. We are witnessing the most reckless and irresponsible behavior in world history. Where are the voices against it?

ABOUT THE AUTHOR
Paul Craig Roberts (born April 3, 1939) is an American economist, journalist, blogger, and former civil servant. He is best known as a journalist specializing in economic affairs from an anti-establishment, liberal conservative perspective. He was the United States Assistant Secretary of the Treasury for Economic Policy under President Reagan in 1981.

Further Signs of More War: A Most Dangerous Game