Home ABOMINATIONS The Illegality Of NATO

The Illegality Of NATO

The author’s warnings about NATO in exacerbating the probability of world war have been proven by the role played by this insidious organisation in the recent Western-manufactured wave of russophobia, which shows no signs of abatement. 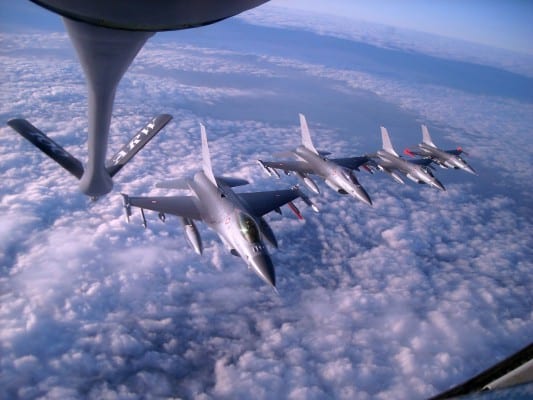 The US continues to beef up the NATO air force and other branches.


Violation of the UN Charter and the Nuremberg Principles

Crossposted with > Countercurrents.org
THIS IS A REPOST

In recent years, participation in NATO has made European countries accomplices in US efforts to achieve global hegemony by means of military force, in violation of international law, and especially in violation of the UN Charter, the Nuremberg Principles.

Former UN Assistant Secretary General Hans Christof von Sponeck used the following words to express his opinion that NATO now violates the UN Charter and international law: “In the 1949 North Atlantic Treaty, the Charter of the United Nations was declared to be NATO’s legally binding framework. However, the United-Nations monopoly of the use of force, especially as specified in Article 51 of the Charter, was no longer accepted according to the 1999 NATO doctrine. NATO’s territorial scope, until then limited to the Euro-Atlantic region, was expanded by its members to include the whole world”

Article 2 of the UN Charter requires that “All members shall refrain in their international relations from the threat or use of force against the territorial integrity or political independence of any state.” This requirement is somewhat qualified by Article 51, which says that “Nothing in the present Charter shall impair the inherent right of individual or collective self-defense if an armed attack occurs against a Member of the United Nations, until the Security Council has taken measures necessary to maintain international peace and security.”

Thus, in general, war is illegal under the UN Charter. Self-defense against an armed attack is permitted, but only for a limited time, until the Security Council has had time to act. The United Nations Charter does not permit the threat or use of force in preemptive wars, or to produce regime changes, or for so-called “democratization”, or for the domination of regions that are rich in oil. NATO must not be a party to the threat or use of force for such illegal purposes.

In 1946, the United Nations General Assembly unanimously affirmed “the principles of international law recognized by the Charter of the Nuremberg Tribunal and the judgment of the Tribunal”. The General Assembly also established an International Law Commission to formalize the Nuremberg Principles. The result was a list that included Principles VI and VII, which are particularly important in the context of the illegality of NATO:

Principle VI: The crimes hereinafter set out are punishable as crimes under international law:

a Crimes against peace: (I) Planning, preparation, initiation or waging of a war of aggression or a war in violation of international treaties, agreements or assurances; (ii) Participation in a common plan or conspiracy for accomplishment of any of the acts mentioned under (I).

b War crimes: Violations of the laws and customs of war which include, but are not limited to, murder, ill treatment of prisoners of war or persons on the seas, killing of hostages, plunder of public or private property, wanton destructions of cities, towns or villages, or devastation not justified by military necessity

c. Crimes against humanity: Atrocities and offenses, including but not limited to murder, extermination, deportation, imprisonment, torture, rape or other inhumane acts committed against any civilian population, or persecutions on political, racial or religious grounds, whether or not in violation of the laws of the country where perpetrated

Robert H. Jackson, who was the chief United States prosecutor at the Nuremberg trials, said that “To initiate a war of aggression is therefore not only an international crime, it is the supreme international crime, differing from other war crimes in that it contains within itself the accumulated evil of the whole.”

Violation of the Nuclear Nonproliferation Treaty

At present, NATO’s nuclear weapons policies violate both the spirit and the text of the Nuclear Nonproliferation Treaty in several respects: Today there are an estimated 200 US nuclear weapons still in Europe The air forces of the nations in which they are based are regularly trained to deliver the US weapons. This “nuclear sharing”, as it is called, violates Articles I and II of the NPT, which forbid the transfer of nuclear weapons to non-nuclear-weapon states. It has been argued that the NPT would no longer be in force if a crisis arose, but there is nothing in the NPT saying that the treaty would not hold under all circumstances.

Article VI of the NPT requires states possessing nuclear weapon to get rid of them within a reasonable period of time. This article is violated by fact that NATO policy is guided by a Strategic Concept, which visualizes the continued use of nuclear weapons in the foreseeable future.’

Must Europe really be dragged into a potentially catastrophic war with Russia?

At present the United States government is trying to force the European members of NATO to participate in aggressive operations in connection with the coup which it carried out in Ukraine. Europe must refuse. See the following link:

The hubris, and reckless irresponsibility of the US government in risking a catastrophic war with Russia is almost beyond belief, but the intervention in Ukraine is only one in a long series of US interventions:

Most of these interventions were explained to the American people as being necessary to combat communism (or more recently, terrorism), but an underlying motive was undoubtedly the desire of the ruling oligarchy to put in place governments and laws that would be favorable to the economic interests of the US and its allies. Also, the military-industrial complex needs justification for the incredibly bloated military budgets that drain desperately needed resources from social and environmental projects.

Do the people of Europe really want to participate in the madness of aggression against Russia? Of course not! What about European leaders? Why don’t they follow the will of the people and free Europe from bondage to the United States? Have our leaders been bribed? Or have they been blackmailed through personal secrets, discovered by the long arm of NSA spying? 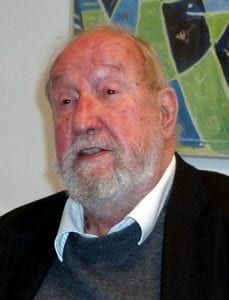 John Avery received a B.Sc. in theoretical physics from MIT and an M.Sc. from the University of Chicago. He later studied theoretical chemistry at the University of London, and was awarded a Ph.D. there in 1965. He is now Lektor Emeritus, Associate Professor, at the Department of Chemistry, University of Copenhagen. Fellowships, memberships in societies: Since 1990 he has been the Contact Person in Denmark for Pugwash Conferences on Science and World Affairs. In 1995, this group received the Nobel Peace Prize for their efforts. He was the Member of the Danish Peace Commission of 1998. Technical Advisor, World Health Organization, Regional Office for Europe (1988- 1997). Chairman of the Danish Peace Academy, April 2004. http://www.fredsakademiet.dk/ordbog/aord/a220.htm. He can be reached at avery.john.s@gmail.com
RevisShielded: 3
All comments subject to anti-hacking filters.
0
FacebookTwitterPinterestRedditEmail
previous post

The “Alt-Right” Label: What’s Real, What’s Fake, And Why It Matters