Today the British government made some dubious assertions about Saddam's chemical weapons the poisoning of its double agent Sergej Skripal. 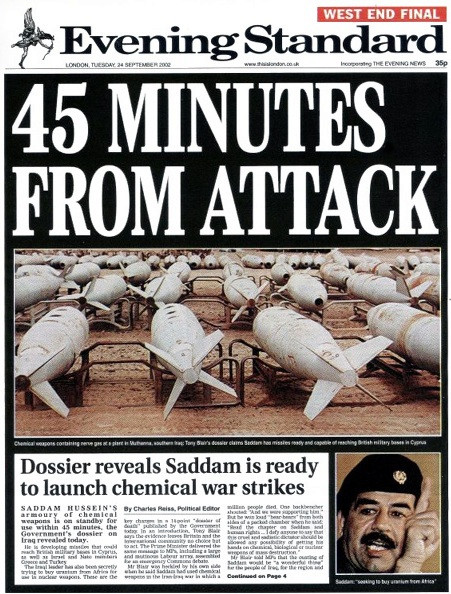 The British Prime Minister Theresa May claimed (saved tweet) in Parliament that:

May went on to claim that:

I find all of the above claims not only dubious but laughable. Here are some facts:

Novichok, 'newcomers' in English, are a zoo of chemical warfare agents that were developed in the Soviet Union in the 1970s and 80s. Some of the 'newcomers' are said to be highly toxic. 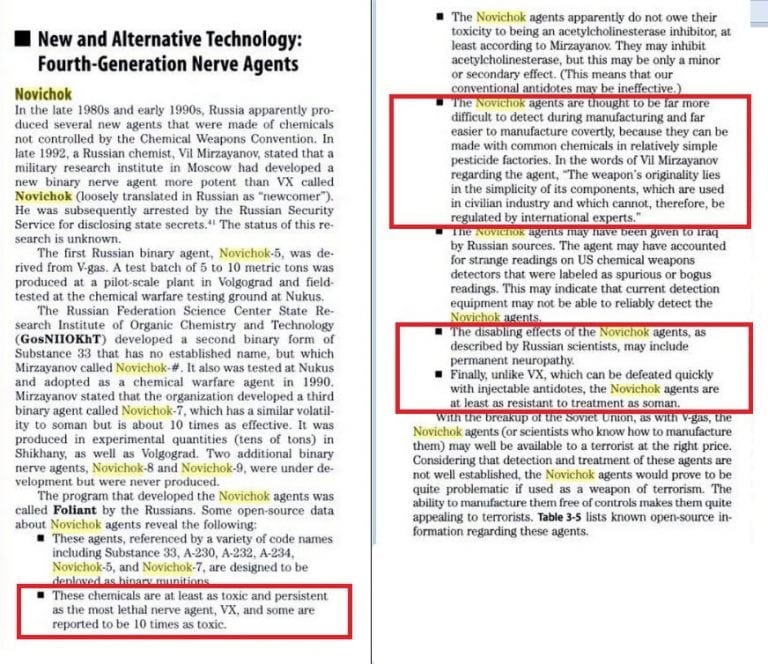 The existence of these chemical agents was disclosed in 1992. Russia joined the Convention on the Prohibition of the Development, Production, Stockpiling and Use of Chemical Weapons and on their Destruction in 1997. It has since (unlike the U.S.) destroyed all left over stocks from the Soviet Union's chemical weapon program. It does not produce chemical weapons.

These agents and their formulas are not an exclusively Russian knowledge or product:

One of the key manufacturing sites was the Soviet State Scientific Research Institute for Organic Chemistry and Technology (GosNIIOKhT) in Nukus, Uzbekistan. Small, experimental batches of the weapons may have been tested on the nearby Ustyurt plateau. It may also have been tested in a research centre in Krasnoarmeysk near Moscow. Since its independence in 1991, Uzbekistan has been working with the government of the United States to dismantle and decontaminate the sites where the Novichok agents and other chemical weapons were tested and developed.

The formulas for the various Novichok agents are not a Russian secret. The U.S. and the UK surely know how to make these. The agents are said to be made from simply components used in civil industrial processes (and agriculture, as pesticides and herbicides—Eds.). (To qualify any agent as "military grade" is by the way nonsense. Many chemical agents used in civil process are also incredibly deadly.) The Porton Down chemical weapon laboratory of the British military is only some 8 miles away from Salisbury where the Skripals were allegedly poisoned.  The British government claims that Porton Down identified the agent allegedly used on the Skripals. The laboratory is surely also capable of producing such stuff, just like similar laboratories in other countries are able to do.

The real likeliness for that is just as high as the likeliness that Saddam could hit the UK with a chemical weapon missile within 45 minutes. That was a fraudulent claim another British government once made.

May's claims today are just as believable as all the nonsense Tony Blair said about Saddam or as the show U.S. Secretary of State Powell delivered in front of the UN Security Council. More likely is an involvement of Skripal in the Steele dossier and the CIA/MI6 operation against Donald Trump. Was he assailed because he threatened to talk about it?

About the Author
Moon f Alabama is published and edited by "b", who prefers to remain mostly anonymous.

The outcome of the election in Russia explained in simple, plain, English