We must be living in the end times, an age of miracles and terrors and sundry unusual things.  Consider the following, much of it improbable:

1. Jeffrey Sachs appears on MSNBC's Morning Joe, the channel a bastion of liberaloid/Deep State propaganda, to denounce US foreign policy on Syria, while also pointing out what is usually deleted in such exchanges, that this filthy ball of wax was first given the imperial imprimatur by the darling of clueless but recalcitrant liberals, Barack Obama. 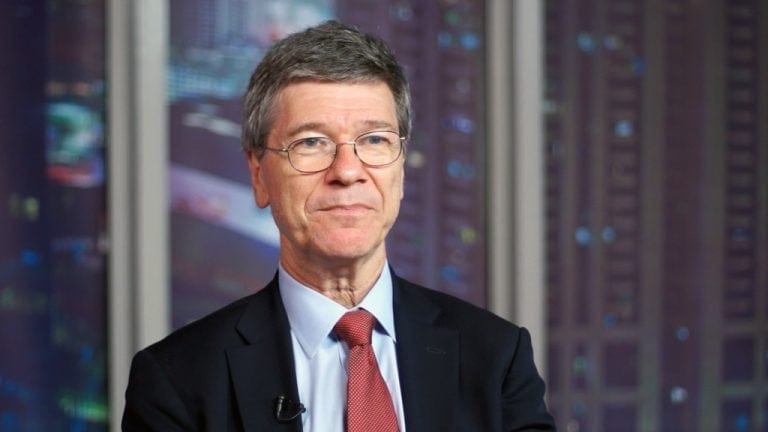 Apparently Sachs, at one time a fierce evangelist for savage capitalism's "shock therapy" and all the rest of that bogus economic medicine, a sort of Friedmanite "Chicago Boy" redux, is still expiating his awful sins during the sacking and dismantling of the USSR in the 1990s, something that ruined an entire generation of Russians, shortened the life span of millions, and almost, just almost, destroyed Russia as a countervailing force to the depredations of the evil and ever bullying Anglozionist empire. Now at least he's appearing on visible mainstream media to denounce what is by any measure a colossally deranged policy, let alone cynical and corrupt to the nth degree, as befits the characters formulating it. We are talking about America's Middle East policy, of course.

2. Equally improbable and ironic, one of the chief interviewers, Mika Brzezinski, is the daughter of one of the great architects of an instance of uber malignant US foreign policy, Carter National Security Advisor and Polish aristocrat Zbigniew Brzezinski, the man who conceived the notion of using muslim Takfiris as a proxy for imperialist ends, yea, the arming of crazy jihadists in Afghanistan (financed in part by the Saudis), including Osama bin Laden, just to give the Soviets "their own Vietnam." Anything to bloody the nose of those commies. Realpolitik writ large, I guess, eh? 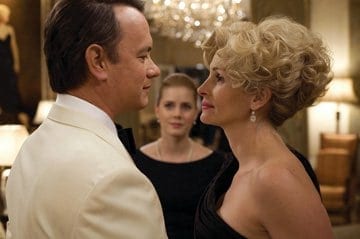 Hanks and Roberts in Wilson's War.

Never mind that the Afghanistan government at the time, a communist government, was the first in ages to bring that country some measure of modernity, including literacy in the countryside, an egalitarian ethos and probity; and a firm commitment to the emancipation of women (something that bourgeois feminists, for all their posturing and pink hats, practically all upper middle class in the West, don't give a hoot about, Hillary proudly being one of them). The Kabul modernisers were intent on rectifying eons of barbaric medievalism. For anyone still believing the fairytale of America's goodness, it would seem like an easy choice. So who do you think we sided with? Well, with the fanatical obscurantists, the head choppers, that's who. We know how to pick'em.  The people who routinely butchered (I'm being precise here) literacy teachers sent by Kabul, many being courageous women.

The clueless American public even celebrated this dastardly underhanded meddling, which eventually spawned al-Qaeda, and after further sociopathic US intrigues, ISIS, in a revolting film —a comedy no less—done with all the characteristic moral insouciance of imperial denizens crawling all over liberal Hollywood, Charlie Wilson's War, with Tom Hanks, to eternal shame, in the lead, along with blank brain Julia Roberts, for the requisite decoration. Readers may still be awed by Washington's metronomic ability to pick the rotten apples in any basket. But the formula is simple: We always pick our champions by class affinity (conservatives or reactionaries instinctively friendly to the US and its gang, and loyal to existing power structures; people who love tradition, no matter how rotten, and who do not mind having their country picked clean by foreign carpet baggers, usually lending a hand in the vulturing), and second, while the USSR was around, as a matter of fouling any project in which the USSR—the only rival superpower, might have a hand, regardless of whether it was good for the people or not. The people, need we remind you, do not count for the cynical rulers of the empire.

A renegade economist, Addison dePitt likes to focus on the intersection of politics, culture and media.

When Chinese Trash saved the world: Western lies about the Cultural Revolution

So glad to see the MSNBC viewers got at least a brief taste of “reality” for a change. Maybe they’ll develop an appetite for more – who knows? Good to see.

Why would Sachs be allowed on Morning Joe? It’s not the first time he’s voice antiwar views about Syria. We can only hope it means that his invitation to be on Morning Joe may reflect support from a segment of the US oligarchy opposing our interference there. Which US oligarchs, in your view, would dare buck the tide of B’nai brith , AIPAC and the ADL?

I used to get your newsletter for many years– however, my life changed drastically, leaving me very little time to check your news and also newsletters of the many other fabulous sites the world is so blessed to increasingly have had– the truth brought to us by brave journos from all over the world– people of sterling integrity– like you!– inspiring us and infusing us with the courage to live through these evermore crazy happenings in our world– have you any idea how you guys help us all, to maintain our balance and share as much truth to enlighten as many as we each are in the position to do!?

I just wish to thank you– as I landed here tonight, reading your excerpts from “The rape of Russia: The CIA’s Yeltsin coup d’état….”H.W. Engdahl, on Sott.net … Got worried I missed your other chapters… and if I did– hope you can please direct me to them?– if you’ve already presented them on Sott. I would be very grateful. Thank you. Could not resist signing up to Greanville Post again … God bless and keep you all safe!

Thank you, friend. We appreciate your words. As soon as this crisis lets up I’ll ask my associate ed to see how we can help you. Meantime, just roam around. TGP has more than 20,000 excellent and mostly timeless analyses in its archives. Do onsite searches, or check our the sections (seen on the top menu, i.e., RUSSIA DESK, MEDIA FRONT, etc.

My pleasure…
Maybe this will assist — the name and link to the article– same author wrote the piece above:
Addison dePitt
Grenville Post
Thu, 29 Mar 2018
https://www.sott.net/article/382257-The-rape-of-Russia-The-CIAs-Yeltsin-coup-d-etat
I can’t wait to read the other chapters — government pensioner, sorry– can’t afford the new book …