BE SURE TO PASS THESE ARTICLES TO FRIENDS AND KIN. A LOT DEPENDS ON THIS. DO YOUR PART.
We have been saying it for a long time, that all these astroturf, and mostly Democrat-controlled orgs are poisoned fruit, cynical fakes, obvious tools for mind management, and should be combated. Here's Patrick Henningsen's take, confirming our position.
Original dateline: 3/22/2018 by 21WIRE 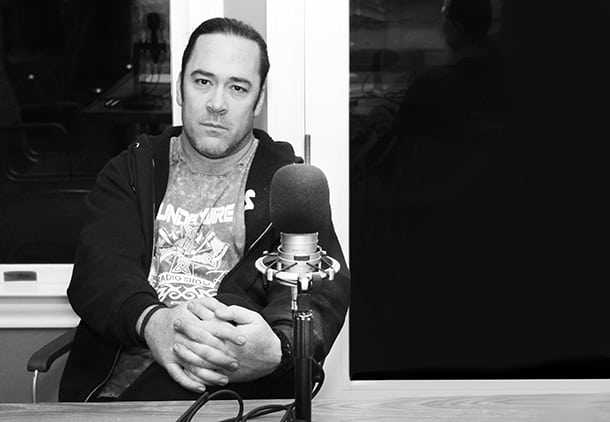 A US-based cyber activist organization called Avaaz.org has launched a campaign encouraging the boycott of the upcoming 2018 FIFA World Cup, which is scheduled to take place in Russia, under the hashtag #CupofShame. Sputnik Radio‘s current affairs news program discussed this with 21WIRE editor, journalist and SUNDAY WIRE host Patrick Henningsen (listen to the shortened audio segment of today’s broadcast below).

Sputnik: What is your take on the content that Avaaz has been sending over the situation in Syria?

Henningsen: We’ve been following Avaaz and their exploits for a number of years at our news organization, a small news organization 21st Century Wire. If you look back at who’s founded Avaaz, this is a classic sort of astroturfing operation; you have MoveOn.org involved in the founding and promoting of this organization, it also has a PR arm called Purpose Inc who have been instrumental in launching and promoting the White Helmets in Syria – a UK, US government backed, funded pseudo-NGO that’s been used to disseminate quite a lot of propaganda to demonize the Syrian government, the Russian government and to call for more intervention in Syria from the West. So their [Avaaz] petitions are completely emotive – this is a data collection and marketing organization basically and their job really is consensus building; so they are kind of tool which can be used by the US government, NATO member states to manufacture a kind of consensus by harnessing the power of big data to synthesize this consensus using young people.

Sputnik: Some experts have said that the information spread by Avaaz was done by fake bots, what’s your take on that? It’s ridiculous really, isn’t it?

Henningsen: It’s possible. There’s certainly a lot of firms that employ automation tools, which we call bots, but a company like Avaaz, I wouldn’t be surprised if they did because just about every non-profit or cooperation are using some sort of social media management automation tools or bots, as you might call them, they’re pretty much all doing it because what it does is amplify whatever message they are trying to broadcast. In the case of Avaaz, it’s a political message that is absolutely dovetailed with whatever the current US foreign policy is of the moment, or a NATO member state foreign policy and military objectives. If you look at Avaaz, those are the issues that get the most bang for their buck, especially with Syria. Throwing Russia into the mix is now very en vogue, so you have a sort of perfect double entendre there for this creating and synthesizing consensus.

Henningsen: Absolutely, especially when you consider the biggest producers and disseminators of fake news are major billion dollar networks like CNN; major newspapers like the Guardian, the New York Times, the Washington Post even the BBC does its share of heavy lifting in terms of spreading fake news and they’re even calling fake news anybody who criticizes the White Helmets in Syria, they’re labeled as fake news. The establishment will put the fake news label on anything that is inconvenient for them.

Sputnik: Websites also calling for the boycott of the FIFA World Cup scheduled to take place here in Russia this summer causing some analysts to say such measures damage world sports. What’s your take on that?

Henningsen: You can tell the talking points were coming out straight away, members of the British Parliament calling for countries to lobby FIFA to postpone the World Cup and have it in a different country in 2019, you can imagine which country that’s going to be, it’s probably the country they wanted it to be held in, the one that lost the bid in 2010 to Russia which was England, this is tit-for-tat between Russia and England that’s actually been going on since the bid was lost, but the politicization of sports has become a major instrument in foreign policy now; banning Russian athletes from as many Olympics as possible, now trying to take the World Cup away, it’s pretty obvious this is a big battle ground in terms of public relations, because the World Cup is the most prestigious sporting event in the world, more so than the Olympics; football is the global team sport, it’s where countries compete against countries and not individuals against each other, so this is why it’s so important symbolically. Not only that, the World Cup represents the working class in terms of sports and in terms of the populous, so having that as a stage in Russia for Vladimir Putin to showcase what Russia has to offer to that crowd of people globally is a nightmare for people in Washington and people in London and others who want to continually isolate Russia on the world stage for no other reason than that Russia is simply acting in its national interests, and, actually, has won the war in Syria. So this is one of the last battle grounds that they can fight, because physically they cannot afford to confront Russia militarily, although, it’s getting dangerously close.

Sputnik: Russia has already stated that the massive propaganda attack is being carried out by mass media and it is undermining the efforts for a peaceful solution to the Syrian conflict. What are your thoughts?

Henningsen: The whole raison d’être of the West has been to undermine any ceasefires, to undermine any peace process. If you look at what has happened in Astana over the last two years it’s absolutely ground breaking, and also in Sochi in terms of the peace process in Syria; because what it’s done it’s moved the geopolitical center of gravity from West to East, or ostensibly from Switzerland or Geneva to Astana, or from Europe to Eurasia; this is massive, historically. What it shows is that these countries can come together, like Syria, Russia, Iran and even Turkey and have a forum where they can come to some sort of resolution to de-escalate potentially the situation and this doesn’t include the United States as the central international, so-called “honest broker.” So all major decisions in the Middle East potentially will have to go through Russia, or go to Tehran, you have to consult Damascus and also Turkey and Iraq and this is something that Washington is very uncomfortable with. London is very uncomfortable with this because they are losing their imperial or neo-colonial grip on the region.

SUPPORT OUR WORK BY SUBSCRIBING & BECOMING A MEMBER @21WIRE.TV

ABOUT THE AUTHOR
Patrick Henningsen is 21stcenturywire.com's founding editor.

Are We Over the US/UK Fomented Crisis In Syria? (Latest evaluations from Paul Craig Roberts)