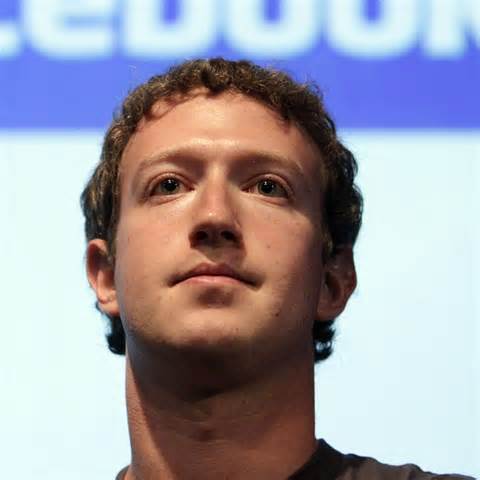 Zuckerberg—We'll say this for him: The new policies are basically imposed on the company by Congressional and media intimidation, spearheaded by the CIA Democrats, and for a man without any particular principle, except freedom to make a lot of money, this clueless billionaire has just simply gone along. The whole thing is disgraceful, one more reason to despise Democrats and the masses of idiots that keep enabling them.

Facebook, the world’s largest social media company, spelled out for the first time the criteria it uses to censor speech on its platform, purely at its own discretion, and with no legal oversight or recourse.

Its “community guidelines” are so sweeping and broad that effectively any statement expressing any critical political view can be constrained as violent, defamatory, “extremist,” “bullying” or—in the most sweeping catchall—“fake news,” and flagged for removal or undetectable censorship.

These “community guidelines” are used by the 20,000 in Facebook’s “security” and “moderation” departments—constituting the absolute majority of the company’s employees—to shape political discourse and block content the massive and unaccountable technology monopoly deems objectionable.

The centerpiece of this censorship apparatus is Facebook’s policy regarding “fake news.” In its newly released community guidelines, the social media monopoly made clear that it would not let users know their content is being blocked from distribution as “fake news” because such censorship is a “sensitive issue”:

Reducing the spread of false news on Facebook is a responsibility that we take seriously. We also recognize that this is a challenging and sensitive issue. We want to help people stay informed without stifling productive public discourse. There is also a fine line between false news and satire or opinion. For these reasons, we don’t remove false news from Facebook but instead, significantly reduce its distribution by showing it lower in the News Feed.

The campaign against “Fake News” was initiated in November 2016, immediately following the 2016 election, by the US intelligence agencies, the Democratic Party, and the major technology giants. This cabal, shocked by the electoral defeat of Hillary Clinton, the favored candidate of the military/intelligence apparatus, and the widespread support for socialist ideas reflected in broad support for the campaign of Bernie Sanders, initiated a media offensive aimed at pinning the growth of social opposition on an amorphous, and rarely defined, concept called “fake news.”

Although the hundreds of accounts in major newspapers devoted to the topic never defined what “fake news” is, Hillary Clinton, in her memoir of the 2016 election, put the genesis of “fake news” with WikiLeaks and its release of documents revealing the Clinton campaign to have rigged the 2016 primary and engaged in corrupt relations with Wall Street.

Given that no one has ever pointed out any inaccuracies in WikiLeaks’ reporting, the clear implication is that the definition of “fake news” is any information, whether true or false, that is damaging or discrediting to the state.

In other words, the blocking of “fake news” by the major technology giants, working on behalf of the US intelligence agencies, is nothing but political censorship.

Given this fact, Facebook’s wording is highly significant. Because the suppression of “fake news,” i.e., censorship, is a “sensitive issue,” the company will do it secretly, by “significantly reduc[ing] its distribution by showing it lower in the News Feed.”

La Rochefoucauld’s maxim that “hypocrisy is the compliment vice pays to virtue” applies here. Since journalists, publishers and users would raise a hue and cry over their content being censored, Facebook simply carries out its censorship in secret. By blocking distribution on the Facebook news feed, the company’s actions have the same effect as simply deleting content, but without any legal proof that the company violated its users’ First Amendment rights.

While Facebook is the only technology company that has spelled out these actions with such directness, Google and Twitter have both admitted, via legal representatives in congressional testimony that they follow a similar policy to suppress “fake news”—i.e., oppositional viewpoints.

Facebook’s admission is yet another vindication of the campaign launched by the World Socialist Web Site to expose political censorship by Google and other technology giants, an allegation in an open letter published August 25 that the company was engaged in “enforcing authoritarian-style direct and deliberate blacklisting.”

The World Socialist Web Site published its letter in response to the revelation that leading left-wing, anti-war, and socialist web sites had their search traffic from Google fall by up to 75 percent after the company announced measures to “improve” its search system.

It is now clear that the WSWS’s allegations were entirely correct. The technology giants, unbeknownst to their users, are blocking “alternative” news sources and promoting “trusted” news outlets, including, as Facebook CEO Mark Zuckerberg put it earlier this year, the New York Times and Wall Street Journal .

The measures taken in secret to limit the distribution of critical political viewpoints are accompanied by more explicit censorship measures. In a quarterly report published Monday, Google bragged that it removed over 8 million videos from YouTube, of which the great majority—some 6.7 million—were “first flagged for review by machines rather than humans.” More than three quarters of the videos flagged by Google’s AI systems “were removed before they received a single view.”

The company declared, “Deploying machine learning actually means more people reviewing content, not fewer. Our systems rely on human review to assess whether content violates our policies.” Like Facebook, Google has hired an army of censors, aiming to employ 10,000 people in this department by the end of the year.

Facebook and Google are under no legal obligation to police its content. As communications companies, they are not responsible under US law for what its users say or do on its platform. They have, rather, voluntarily become an arm of the US police and law enforcement agencies, but with one caveat: as a private corporation, they claim exemption, speciously, from the protections under the First Amendment barring the state from impinging on the freedom of expression.

The real target of the crackdown by the technology giants on the freedom of speech is not “fake news,” “extremist content,” or any other of the myriad catchphrases used to justify censorship. It is, rather, the growth of oppositional sources of news and political analysis, and the use of social media to organize political resistance. As the strike movement by workers in the United States and internationally continues to grow, the technology giants will only expand their assault on the freedom of expression.

As shown by the powerful response by workers to the meeting held by the World Socialist Web Site and Socialist Equality Party at Wayne State University last weekend, a growing section of workers sees the defense of the freedom of expression on the Internet as an urgent task. We urge workers and young people to contact the WSWS and join the fight against Internet censorship!

ABOUT THE AUTHOR
The author is a senior political analyst with wsws.org, a Marxian organization.

The Cultural Revolution’s solving of the urban-rural divide

The growing threat of an Israeli war against Iran