“I Want to Be Rich and I’m Not Sorry” 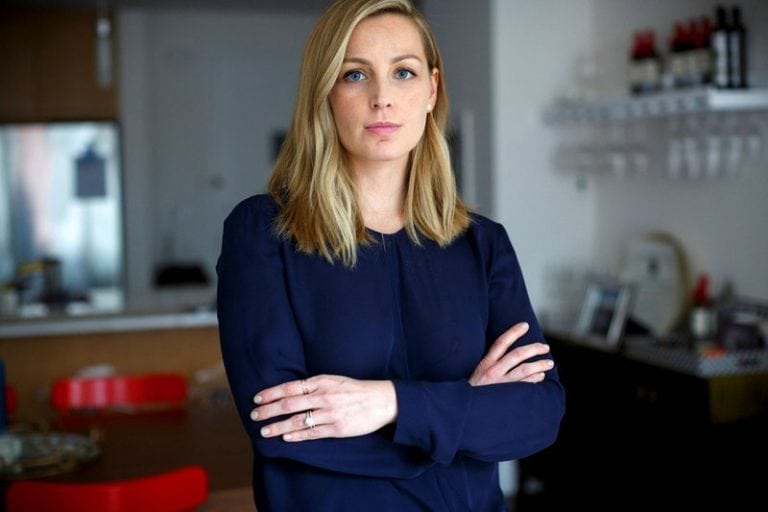 On April 28, an opinion piece appeared in the New York Times headlined, “I Want to Be Rich and I’m Not Sorry,” by Jessica Knoll, a novelist who lives in Los Angeles. Knoll is the author of two novels, Luckiest Girl Alive (2015) and the forthcoming The Favorite Sister.

In her column, Knoll writes that she was sexually assaulted by classmates at 15. She goes on, “I decided I could not consider myself successful unless I was somebody powerful, somebody nobody could hurt. Success became a means to wrest back control, literally to increase my value. There is a metonym for that: money.”

The novelist spells out her credo: “Success, for me, is synonymous with making money. I want to write books, but I really want to sell books. I want advances that make my husband gasp and fat royalty checks twice a year. I want movie studios to pay me for option rights and I want the screenwriting comp to boot. … Now I am working toward producing, directing or running my own show. TV is where the money is, and to be perfectly blunt about it, I want to be rich.”

Knoll notes that “less than 12 percent of the world’s billionaires are women, and almost three-quarters of that dismal stat inherited their fortunes,” and argues that “to close the wealth gap, we have to come at it from every angle.”

American culture is simply ethically rotten to its capitalist core, and it could not be otherwise. As Walsh says, "that the Times should carry such an open appeal for women to be single-mindedly greedy and power-hungry and identified that program with contemporary feminism and the #MeToo movement was revealing."

It does not occur to Knoll that the phrase “the wealth gap” was introduced—and continues primarily to be used—to describe the divide between social classes, between the rich and everyone else. The writer is so wealth-obsessed and self-centered that she can only conceive of a “gap” as something existing between herself and those (temporarily) more financially successful!

In any event, as she seems to see it, Knoll’s particular contribution, through her writing, is to help women overcome any embarrassment about the pursuit of wealth. “Only in fiction have I been able to create women who aggressively seek money and power the way men seek money and power. Women who will kill to protect their measly slice of the pie.”

She concludes, “I want to make the kind of money that allows me to jet to Mexico on a Tuesday, to meaningfully contribute to nasty politicians, to afford a shark of a lawyer if any man ever lays a finger on me again. If anyone calls that obnoxious, I want to do what men do, and shrug.”

The New York Times has its own obvious motive for publishing such a wretched column. This conforms to their vigorous support for the #MeToo movement and every other selfish push by upper middle class women for advancement. Knoll’s column suits their notion of “female empowerment.”

The campaign in favor of women millionaires and billionaires is an ongoing effort by the Times. On March 10, the newspaper featured a column by Susan Chira, a senior correspondent and editor on gender issues at the Times, entitled, “Money Is Power. And Women Need More of Both.” Chira also referred to the small number of female billionaires, only 227.

As we noted at the time, that the Times should carry such an open appeal for women to be single-mindedly greedy and power-hungry and identified that program with contemporary feminism and the #MeToo movement was revealing. It was refreshing in the face of the innumerable attempts by the pseudo-left organizations and various commentators to portray the sexual misconduct campaign as something progressive.

Knoll takes this one step farther, by arguing that the appropriate response to sexual assault is to become rich, powerful and selfish.

The novelist passes on this repugnant view to her readers, but she did not grab it out of the blue. This is the product of decades of intellectual debasement in America, the creation of an anti-culture that bows down before money and fame. In fact, money is viewed as the antidote to every problem, the “truly creative power,” as Karl Marx termed it in 1844, “the general confounding and confusing of all things—the world upside-down—the confounding and confusing of all natural and human qualities.”

In this case, Knoll imagines that by becoming “somebody powerful, somebody nobody could hurt,” she is gaining a measure of vengeance, or at least self-protection. In fact, she is affirming the values of a system whose brutality and social alienation led to her attack in the first place.

For a would-be artist, such an outlook is fatal. No one has ever created a significant, enduring work on the basis of the vigilante-revenge outlook of Death Wish or a Clint Eastwood film. It is too shallow, too selfish, too self-serving, it cannot provide the necessary sustenance for a serious look at human behavior and psychology.

It is a sad fact that Knoll appears to see her own pain, but no one else’s.

The great artists of the past, male and female, have not proceeded in this manner. Out of poverty, humiliations and distress, figures such as Charles Dickens, Charlotte Brontë and Vincent van Gogh developed enormous compassion for their fellow creatures and portrayed them in that light. Their compassion grew in proportion to their difficulties. Suffering may not be the “sole origin of consciousness,” as the Russian novelist Fyodor Dostoyevsky insisted, but it is certainly one of them.

The German painter and lithographer Käthe Kollwitz (1867-1945), who lost a son in World War I, wrote in her diary: “It is my duty to voice the sufferings of humanity, the never-ending sufferings heaped mountain-high. This is my task, but it is not an easy one to fulfil.”

The English novelist George Eliot (1819-1880) commented in a letter, “My own experience and development deepen every day my conviction that our moral progress may be measured by the degree in which we sympathize with individual suffering and individual joy.”

Now, the New York Times extols the virtue of wealth and selfishness and social indifference. We call it foul, whether Knoll and the Times editors shrug or not.

Great post. This would appear to be the logical societal evolution of Gloria Steinem’s CIA, neoliberal, imperialist, racist, glass ceiling is our only concern, white women’s feminism, where “successful women” can publicly proclaim without shame that ‘a half a million dead Iraqi children’ are – “worth it” on their road to wealth, fame and success.