Hassan Nasrallah: Israel has come into direct confrontation with Iran

Speech by Hezbollah Secretary General Sayyed Hassan Nasrallah on April 13, 2018 in Beirut, in preparation for the May 6 legislative elections in Lebanon. 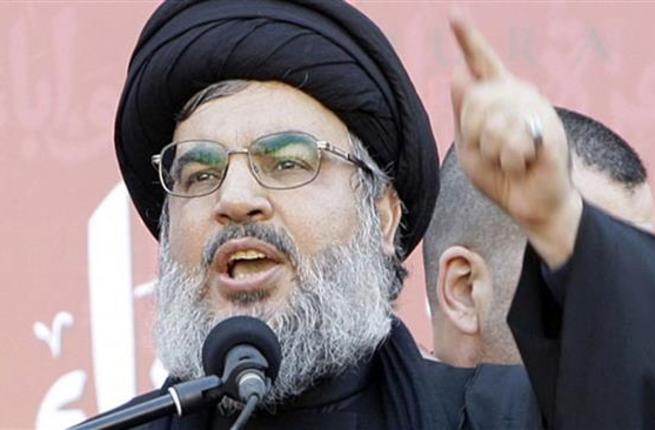 […] Today, the whole region goes through a worrying situation. Worry is one thing, and fear is another. We say a worrying situation. Why? Because many leaders, governments, analysts, personalities and people in general, even people at home, everyday people who perhaps do not care much about politics, today follow the situation (with alarm), wondering where things are going, what will happen, because of certain events that occurred in Syria.

The first event is the Israeli blatant and manifest aggression against the T-4 base or airport on the outskirts of Homs, that targeted Iranian forces from the Guardians of the Islamic Revolution of Iran who were present there, hitting them with a large number of missiles, causing 7 martyrs among its officers and soldiers and wounding others. This was a new, significant and important event. Maybe some people do not pay attention to its importance and magnitude.

In this operation, Israel has deliberately killed (Iranian soldiers). This is an unprecedented event. In the past, Israel has struck us [Hezbollah] for example in Quneitra, and it turned out that coincidentally Guardians [of the Islamic Revolution] officers were with us. Israel declared hastily that they did not know it, and thought that all (targeted soldiers) were Hezbollah’s. This is an event that has no precedent since 7 years, it is unprecedented since 7 years, that Israel openly targets the Guardians of the Islamic Revolution in Syria, killing deliberately, in an operation that caused a number of martyrs and wounded.

Of course, it is the Iranian officials who will decide what they will do (in retaliation) and they will announce what they will do. And I am not now in the position of someone who wants to speak for them or on their behalf. But Hezbollah is present in the region and concerned with what happens here, so I want to declare this to Israel: (I want to tell them that) I want you to know that through these blatant strikes… 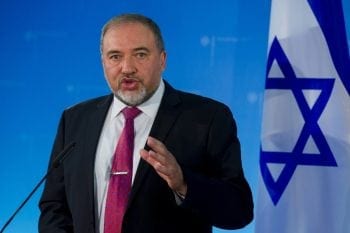 Israel Defence Minister Avigdor Lieberman: A rabid zionist to the marrow, he’s quite capable of any crime, and lying about it, too.

I want to tell the Israelis that they must know – I wrote that statement accurately and I read it to them – they must know that they have committed a historic mistake. This is not a simple blunder. They committed an act of great stupidity, and by this aggression, they entered in a direct confrontation with Iran, the Islamic Republic of Iran. And Iran, O Zionists, is not a small country, it is not a weak country, and it is not a cowardly country. And you know it very well.

As a comment on this incident, I stress that it constitutes a turning point in the situation of the region. What follows will be very different from what preceded it. This is an incident that cannot be considered lightly, contrary to what happens with many incidents here. It is a turning point, a historic turning point. And when the Israelis committed this stupid act, they had some assessment (of the situation), but I tell them that their evaluation is false. And even in the future, since you have opened a new path in the confrontation, (you should ensure) not to be wrong in your evaluations. In this new path you opened and initiated, don’t be wrong in your assessment, when you are face to face, and directly (in conflict) with the Islamic Republic of Iran. Final point. That is all for my statement. [Audience: At Thy service, O Nasrallah!]
Thank you, brothers. We must naturally register here a testimony to Iran’s credit, a (testimony) they wrote with blood, and this testimony is: Israel says it cannot bear the presence of Iran in Syria because Iran holds a rope around its neck, and represents a strategic and existential threat to Israel, etc., etc. A small number… Because of course there is not a large number of Iranians in Syria. A limited number of Iranians in Syria are considered (as an existential threat) by Israel. But as for the tens of thousands (of combatants of) armed organizations in Quneitra, Deraa, and on the border with the occupied Syrian Golan, tens of thousands (of fighters) of the Al-Nusra Front, ISIS, of other pseudonyms of Islamist organizations, which have a large number and a wide variety of weapons, missiles, Katyushas, anti-tank weapons and sensitive weapons, all those do not concern Israel, they do not even think about them. They do not constitute a strategic threat. Israel does not consider them a danger and does not even think about them, and rather works with them and supports them, heals their wounded, provides them with information, helps them in the fight (with air strikes) …

Well, what about this? Those people that you designate (pompously and falsely) as “the Syrian Revolution”, etc., etc., etc., Israel sees them as allies, friends. And this despite the fact that they are tens of thousands, while a small number of the Guardians of the Islamic Revolution of Iran in Syria, with modest means, are considered a strategic threat.

This is a proof (in favor) of the Iranians, and attests to the truth of their enmity, and reveals clearly who is the friend (of Israel) and who is his enemy, who is defending the Palestinian cause and fights against this Zionist entity and project, and who is the ally that works both openly and behind the scenes with this Zionist entity and project. […]

Eurasia torn between war and peace

The Holocaust, the BBC and Antisemitism Smears

Israel has played a key role in US...