Home ABOMINATIONS On the Difference Between “Has” and “Had”

On the Difference Between “Has” and “Had” 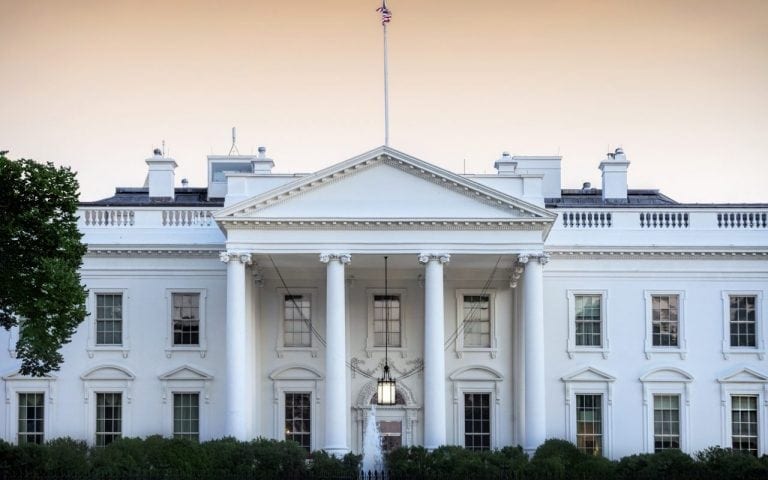 The Avatamsaka Sutra (Kegon-kyo in Japanese, the Flowery Wreath Sutra)  teaches that the present, past and future are all occurring simultaneously. It’s a concept that resonates with the Biblical notion of the future being preordained according to the Creator’s plan going back to the Beginning. And with Einstein’s space-time physics and maybe Hawking’s No Boundary proposal, I suppose. Time is a mystery.

Now the White House causes us to reflect on the distinction between “has” and “had.” Does it really make any difference?

White House Press Secretary Sarah Huckabee Sanders declared on the morning of  April 30 (in an obviously Binyamin Netanyahu-inspired statement reflecting the administration’s abject deference to the Israeli leader who as you’ve noticed often lies) that Iran “has a robust, clandestine nuclear weapons program that it has tried & failed to hide from the world…” This was untrue.

The statement was suddenly changed around 9:30 a.m. to:  Iran “had a robust, clandestine nuclear weapons program that it has tried & failed to hide from the world…” It was explained by Sanders as a “typo” resulting in some nameless intern’s dismissal.

God, I hate it when that happens. An embarrassing typo. We all do it.

But it’s quite possible this one was deliberate. One possibility is that John Bolton—that horror of horrors of national security advisors—-said: “Let’s go with ‘has‘ since it’s more powerful. It sounds more frightening.”

Bolton has absolutely no problem with lying, if it serves the future he has in mind. He insisted in 2002 that Iraq had WMDs, probably realizing that once Iraq was conquered and the lie was discovered, it wouldn’t matter because the past is past and we can always say, hey we need to think about the future and move on.

During his stint in the State Department during the Bush/Cheney administration Bolton fabricated threats concerning Syria, Iran and Cuba. For him as for neocons in general, “truth” is a quaint concept appropriate to losers like journalists and college professors. The point is not to understand reality but to change it by manipulating public opinion through using Big Lies (“noble lies”) to get the job done.

To destroy the Iraqi state, which had resisted U.S. domination and supported the Palestinian cause, it was necessary to the Bush/Cheney neocon-run Office of Special Plans to claim that Iraq—which had hadchemical and nuclear weapons programs—still had them. How many times did we hear in the months before the Iraq invasion that Saddam “has” things that international inspectors (in their lesser wisdom based on linear reasoning) had failed to note? Only to be told when all the bullshit was revealed, just as civil war was breaking out in occupied and savagely brutalized Iraq and the scandal of U.S. vicious torture was beginning to be revealed to the world, that there had been some “intelligence failures.”

That’s what happened in late 2003. It was the equivalent of saying, Oops! We made a typo.

A slight error in tense was a glorious victory for Bolton, who still insists the war was necessary. (Why did Trump with his supposed anti-Iraq war stance ever pick this guy? Does he not care about what Bolton was or did but just some imagined concept of what he is and does now? Are they not connected?)

Bolton reasons that had Saddam remained in power he would have restarted his WMD programs and shared weapons with his close al-Qaeda allies. So in that case the assertion that Saddam “had” WMDs actually meant that he “will have” (future-progressive tense) or even “could have.” What difference does it make, in this post-modern era?

Recall ‘Bush’s Brain” Karl Rove’s comment to journalist Ron Suskind in 2004, in which he ridiculed the “reality-based community,” by which he meant people who “believe that solutions emerge from your judicious study of discernible reality.” ‘That’s not the way the world really works anymore,’ he explained. ‘We’re an empire now, and when we act, we create our own reality. And while you’re studying that reality—judiciously, as you will—we’ll act again, creating other new realities, which you can study too, and that’s how things will sort out. We’re history’s actors…and you, all of you, will be left to just study what we do.” This I am quite sure remains Bolton’s view.

Somebody in the very divided, chaotic White House must have noticed the error, perhaps alerted by some emails from immediately alarmed readers. Has must be had! he (or she? —although I doubt it was a she) bellowed. Don’t make us look totally stupid just as Angela Merkel arrives. (Based narrowly on present facts, she says Iran has no continuing nuclear weapons program.)

So the change was made. Has became had and the problem has been resolved. The point is these people have been playing hard and fast with the facts forever. From the dawn of time. From their mothers’ wombs. They don’t care about what happens when and where; they make stuff up.

I agree with historian and investigative journalist Gareth Porter, author of Manufactured Crisis: The Untold Story of the Iran Nuclear Scare (2014). There never was a significant Iranian nuclear weapons program, certainly not from 2003. Even the change in tense doesn’t erase the underlying vilification charge.

Pundits on CNN like Maeve Reston and David Chalian are challenging Sanders’ description of the phrasing as more than a mere error, suggesting instead that it has something to do with disinformation. Have they learned from the past to understand the present and fear for the future? The continued media tendency to validate Trump whenever he takes a Hillary Clinton stance on foreign policy, while trashing him for everything else, is disturbing. The pundits’ concern with honesty is selective; they assess blame for alleged Syrian chemical attacks  or the poisoning of a Russian double agent without question, while questioning Huckabee Sanders on Iran.

The real history is: Iran had a nuclear energy program from the 1970s under the Shah, assisted by the U.S. including General Electric under the Atoms for Peace program initiated by president Eisenhower. You knew that, right?  Then after the Islamic Revolution of 1979 the ayatollahs in power suspended the program, thinking it un-Islamic. Gradually it was resumed with Soviet support, and work on a weapons program seems to have begun in the 1980s after Iraq with U.S. encouragement attacked Iran. But Porter questions its extent and and successive “national intelligence estimates” (NIEs) in the last ten years have confirmed that Iran does not have an active nuclear weapons program.

Repeat: does not have. Maybe that’s the same as having had or will have. But for the time being I think we should distinguish, and rebel against sloppy thinking about things like time and space and logical sequences and causality and reason, and the reasons that wars happen.

Why Israel’s Bombing of Syria May Backfire