Iranian Movie about ISIS in Syria

“Damascus Time” is the product of actual human drama and conflict occurring in the Middle East today.

The “West” is competing against the “East” on the Syrian battle-field, in conflicting news and analysis, and now also in the cultural and film arena. A new full length action movie, titled “Damascus Time”, gives an Iranian perspective on the battle against ISIS in Syria.

Syrian and Iraqi actors play Syrian civilians and ISIS terrorists hell bent on blowing up the plane or using it on a suicide mission against Damascus. 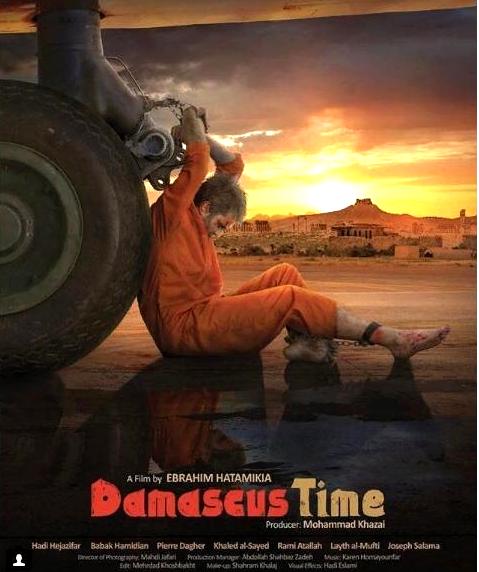 The movie portrays sensational scenes from real ISIS atrocities with a backdrop showing the Syrian desert and famous ruins of Palmyra. The city where civilians are surrounded and besieged is similar to the Syrian city of Deir Ezzor which was in real life surrounded and attacked by ISIS for years. During that time, the townspeople and soldiers depended on air dropped food and ammunition to hold off the attackers, as shown in the movie.

“Damascus Time” starkly portrays the violence and nihilism of ISIS. The ISIS individuals are shown to have human feelings, but they are wrapped in sectarianism and hate-filled violence.

Life’s complexities are portrayed in the Iranian pilots where the younger pilot has left his pregnant wife to be alongside his father. The mother-in-law of the young pilot bitterly criticizes him for leaving his wife. He says this will be his last trip away.

While the story is fictional, the portrayed setting, human drama and conflict between forces of moderation  versus extremism and violence is real. Hundreds of thousands of real Syrians and Iraqis have died due to the creation and promotion of the frankenstein monster represented by ISIS.

One of the ironies of modern history is that Western politicians criticize Iran for being the “leading state sponsor of terrorism”. In reality Iran has a record opposing sectarianism and extremism. Different faiths are respected within Iran and Iranian Jews are represented within parliament, in contrast with Israeli propaganda. 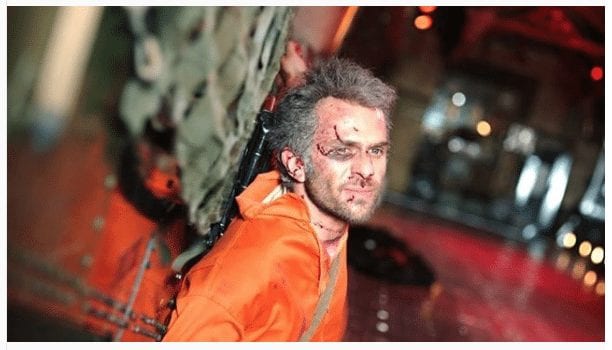 In reality, it is the US and UK who have sponsored terrorism for decades. As documented in “Devil’s Game: How the US Helped Unleash Fundamentalist Islam”, the US and UK promoted a violent and sectarian wing of the Muslim Brotherhood to undermine the nationalist and socialist policies of Gamal Abdel Nasser in Egypt. Starting in 1979, the US and Saudi Arabia promoted the founders of Al Qaeda to attack the socialist leaning government of Afghanistan.

This policy has continued to the present. In the summer of 2012, the US Defense Intelligence Agency outlined their strategy in a secret document : “THERE IS THE POSSIBILITY OF ESTABLISHING A DECLARED OR UNDECLARED SALAFIST PRINCIPALITY IN EASTERN SYRIA (HASAKA AND DER ZOR).”  The US looked favorably on the creation of the Islamic State: “THIS IS EXACTLY WHAT THE SUPPORTING POWERS TO THE OPPOSITION WANT, IN ORDER TO ISOLATE THE SYRIAN REGIME…”.

The true “state sponsor of terrorism” is not Iran; it is the West and their allies. Thus it is appropriate that the first feature length movie depicting the battle against terrorism and ISIS in Syria comes from Iran.

Iran has come to the assistance of Syria by supplying militias plus technical and military advisers. Hundreds of Iranians have given their lives alongside their Syrian and Iraqi comrades. “Damascus Time” is not the product of Hollywood fantasy; it’s the product of actual human drama and conflict occurring in the Middle East today.

The Iranian Foreign Minister and head of the Iranian Revolutionary Guard were reportedly moved by the movie. “Damascus Time” is fictional but based on a real conflict with actual blood, atrocities, tragedies and martyrs.

The movie is currently being shown at movie theaters throughout Iran. In recent weeks it was the second highest ranking movie. A trailer of the move can be viewed here. It should be available for viewing in the West in the near future, unless western sanctions and censorship are extended to culture and film.

PHOTOS TO ACCOMPANY THE REVIEW

Rick Sterling is an investigative journalist based in the San Francisco Bay Area. He can be contacted at rsterling1@gmail.com

A Passing Thought in the Age of Terror