AT BOTTOM, A GLITTERING, OPPORTUNISTIC CELEBRATION OF GENDERISED PRIVILEGE, TO SUIT THE TASTES OF THE UPPER MIDDLE CLASS. 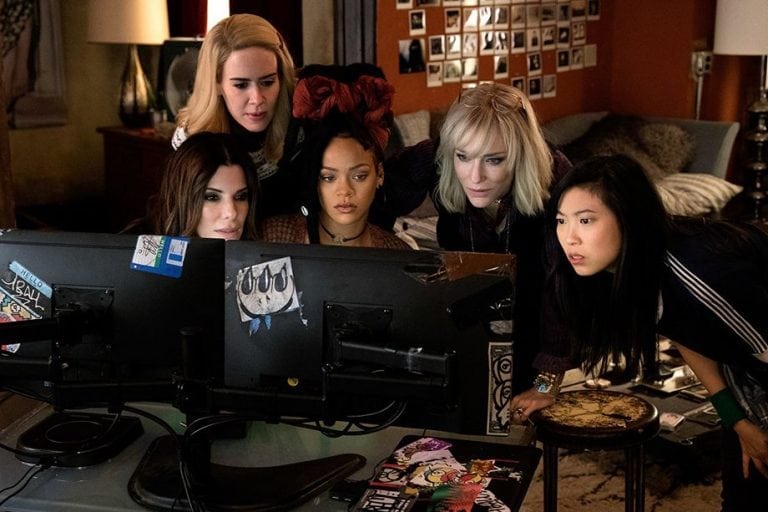 Directed by Gary Ross; screenplay by Ross and Olivia Milch

Ocean’s 8, directed by Gary Ross (Free State of Jones, The Hunger Games, Pleasantville), is the latest in the Ocean’s franchise of heist films. It is a loose continuation of the Ocean’s Eleven, Twelve and Thirteen trilogy (2001, 2004 and 2007) directed by Steven Soderbergh, themselves based upon Lewis Milestone’s 1960 Ocean’s 11.

The new film opens with Debbie Ocean (Sandra Bullock), sister to the recently deceased Danny Ocean (played by George Clooney in the Soderbergh opus), securing her release from prison with a tearful—and insincere—vow to leave behind her criminal past and live “the simple life.” Upon leaving prison, she promptly steals cosmetics and scams her way into an upscale hotel room.

She reunites with Lou (Cate Blanchett), an unscrupulous bar owner and Ocean’s former partner in crime. Ocean convinces her to take part in a heist she has plotted while in prison: stealing a $150 million diamond necklace during the Metropolitan Museum of Art’s highly exclusive and garish Met Gala in New York City.

Ocean and Lou round up a team of thieves in a sequence familiar to anyone who has seen a work of this type before. The heist crew includes computer hacker Nine Ball (Rihanna), street hustler and sleight-of-hand expert Constance (Awkwafina), down-on-her-luck fashion designer Rose Weil (Helena Bonham Carter), diamond expert Amita (Mindy Kaling) and a “fence” who deals in stolen goods, Tammy (Sarah Paulson). 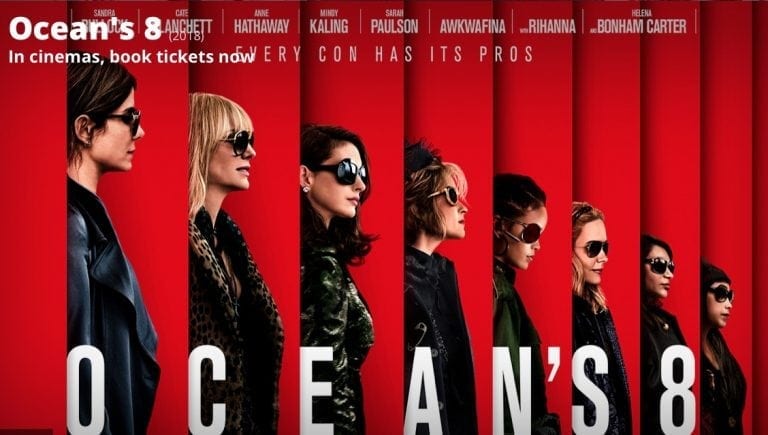 With the help of sophisticated computer technology and a few fairly ridiculous plot contrivances, the team penetrates the Met’s security system and prepares for the theft, which involves lifting the six-pound piece of jewelry from the neck of the arrogant and self-involved actress Daphne Kluger (Anne Hathaway). Meanwhile, Lou discovers that Ocean is planning to pin the crime on her former lover Claude Becker (Richard Armitage), whose treachery had led to her five-year prison sentence. Lou accuses Ocean of “running a job in a job,” but goes along with the plan anyway.

Under Ocean’s leadership, the team navigates the opulent and celebrity-filled gala, attempting to steal the necklace while evading security staff, cameras and high-tech anti-theft measures. The final act, which involves Kluger’s discovery of the plot and Ocean’s revenge on Becker, limps to a finish.

Since the release of Free State of Jones, the film industry has become even more suffused with identity politics, now centering around gender issues and the upper middle class “MeToo” movement. The supposedly “progressive” significance of “female-led” films is used as a pseudo-democratic smokescreen to justify the careerism of a layer of wealthy performers and privileged professionals seeking their own “place in the sun.”

The creatively bankrupt Hollywood studio machinery, which seems increasingly incapable of doing anything but churning out sequels, remakes, “reboots,” and “reimaginings” of commercially successful franchises, has of late made appeals to identity politics by creating “gender-swapped” versions of popular films, where women inhabit roles that had previously been played by men. Far from being an attempt to showcase the talents of the performers involved, much less appeal to the broad mass of women whose experiences are excluded from the cultural landscape, such efforts are cynical and nakedly mercenary attempts to squeeze blood from the stones of once-lucrative franchises.

Soderbergh’s Ocean’s films themselves were always dull exercises in cynicism and self-satisfaction. His Ocean’s Eleven was part of his turn toward more conventional filmmaking after the box office failure of his absurdist Schizopolis. More than anything, the film reflected the pressures exerted on filmmakers, including talented and sensitive ones like Soderbergh, to “go with the flow” and produce financially successful blockbusters.

These pressures have now imposed themselves on Ross, who only two years ago directed the remarkable Free State of Jones about an armed insurrection against the Confederacy during the Civil War. That film was one of the more intelligent and artistically successful major film releases in recent memory. It was also the target of racialist attacks from the identity politics crowd for daring to depict poor white farmers fighting side-by-side with former slaves against the plantation elite that oppressed them both.

Since the release of Free State of Jones, the film industry has become even more suffused with identity politics, now centering around gender issues and the upper middle class “MeToo” movement. The supposedly “progressive” significance of “female-led” films is used as a pseudo-democratic smokescreen to justify the careerism of a layer of wealthy performers and privileged professionals seeking their own “place in the sun.” The pressures on filmmakers, both direct and indirect, to conform to this campaign are immense, perhaps even more so for someone like Ross who ran afoul of these forces with Free State of Jones.

Nevertheless, it has to be said that Ocean’s 8 is an artistic step backward for Ross, and a considerable one at that. Even by the low standards of the Hollywood blockbuster, it is a tedious, empty-headed and pointless film.

It is perhaps not surprising that the critical response to Ocean’s 8, while somewhat lukewarm, is still significantly more positive than the hostility directed toward Free State of Jones. Peter Travers of Rolling Stone, for example, who derided Free State of Jones as a “stultifying” film with a “white savior” protagonist, wrote that Ocean’s 8is “a heist caper that looks gorgeous, keeps the twists coming and bounces along on a comic rhythm that’s impossible to resist. What more do you want in summer escapism?” 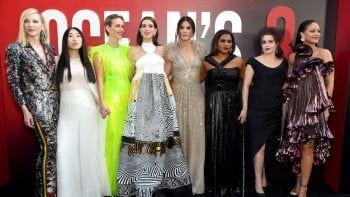 A number of reviews praise the film for supposedly depicting “badass women,” but this is far from the truth. The plodding, lifeless script (co-written by Ross and Olivia Milch) is so devoid of tension that its performers hardly have an opportunity to exhibit anything resembling bravura or boldness. The cast is mostly wasted. Bullock’s easygoing confidence is somewhat more watchable than was Clooney’s irritating smirk, but outside of a few moments of playful chemistry with Blanchett she mostly looks bored. Hathaway is able to hit some comic beats with her smug, self-obsessed Kluger, but the rest of the cast is given little to work with.

Ocean’s 8 livens up a bit during the heist itself, with Ross’s camera fluidly tracking the intricately choreographed movements of the team of thieves while spirited jazz music plays in the background. But the fawning depiction of the Met Gala (which raises more than $10 million in a single night), replete with celebrity cameos and red-carpet lavishness, leaves one sick to one’s stomach. We’ve come some distance from Free State of Jones’s Newton Knight declaring that “No man shall stay poor so that another man can get rich.”

If the filmmakers had set out to prove that a female-led studio film can be just as vapid as a male-led one, they have succeeded. One hopes that everyone involved will set their sights higher next time.

About the Author
The author writes on cultural matters for wsws.org, a Marxian publication.

How the New York Times Lies About Lies: Obama v. Trump as Example