India proves [Western style] democracy is no longer fit for its purpose, while China’s model shows the way

[su_panel background=”#fbfbf4″]Deep K. Datta-Ray says democracy’s reliance on people’s ability to be rational [which should be based on access to reliable, not manipulated information] is its fatal weakness. While malfeasance in politics, poverty and inequalities hold back progress in India, China is charging ahead in delivering economic growth, and freedom for its people.[/su_panel] 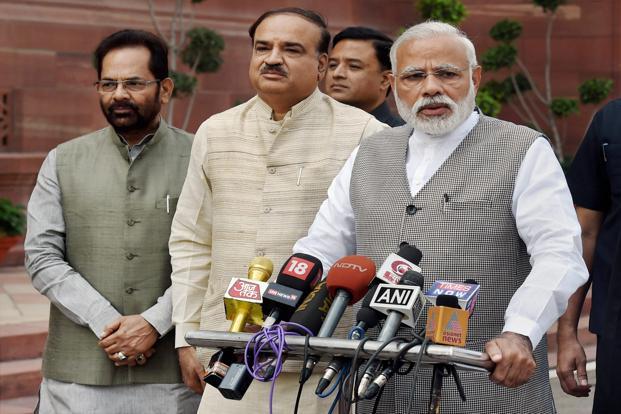 India’s PM Narendra Modi at the podium, addressing a rally.

Disinformation scarred campaigning in elections in the Indian state of Karnataka, culminated in an illegitimate minority government. Its downfall by covert surveillance, money politics and an opportunistic alliance of sworn enemies is no consolation.

Such odious tactics are democracy’s leitmotif globally, as Brexit and Donald Trump’s election demonstrate. In combination, they suggest that democracy is not fit for purpose, especially in developing nations, particularly since there is a clear alternative: China’s political system.

Irredeemably flawed at inception, democracy’s most debilitating characteristic is its reliance on – often illiterate – people to analyse events. This has been proved repeatedly, by electorates worldwide. India’s Narendra Modi stormed to victory in 2014 on the people’s disgust with several scams, but investigations now reveal that there were none! Disinformation continues to be harnessed, with people’s inability to reason through the morass of media reports. 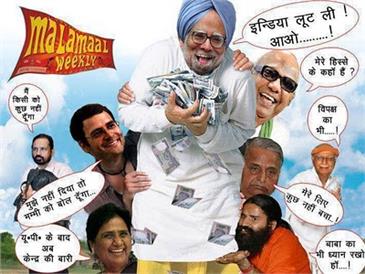 Democracy’s dependence on the democratic principle to animate institutions fatally undermines it because, paradoxically, democracy is eroded by the very politics it countenances. The politicisation of India’s provincial judiciary has now reached the apex court. The Supreme Court is embroiled in an ugly imbroglio to impeach the chief justice. The opposition brought the motion, alleging politically motivated assigning of cases to judges.

Meanwhile, everyone knows justice hinges on wealth and power. Its operation was highlighted, again, by a politician’s son – no less – getting away with murder in February 2006.

Democracy is also unworthy because it is delusive. Claiming to engender equality, democracy actually succeeds by enhancing inequality. Overshadowing highly incendiary rhetoric against minorities is the rise in attacks by the Hindu majority.

Legislative inequality is also distressing. Minorities are disproportionately under-represented in Parliament, by design. In 2014, of the BJP’s 482 candidates, just seven were Muslim. None won. Muslims are roughly 4 per cent of Parliament, but 14 per cent of the population. 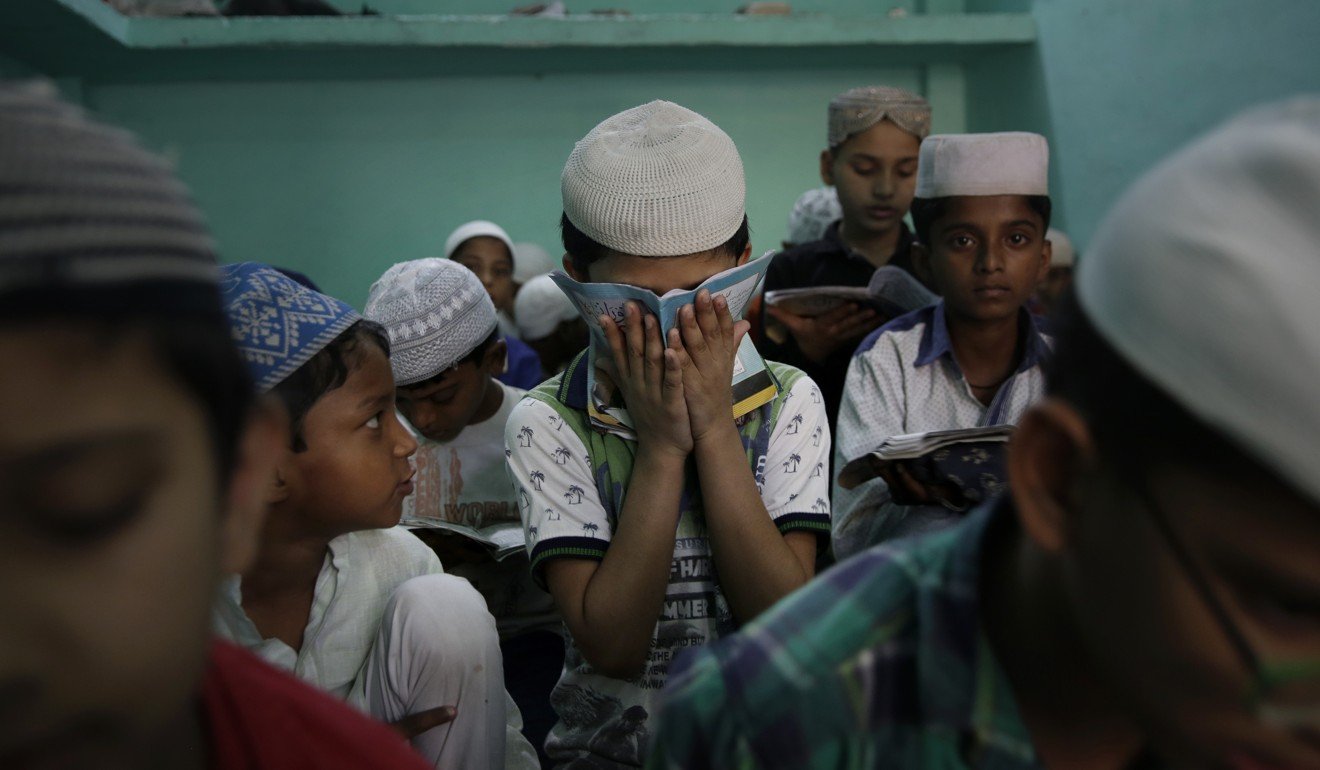 The story is replicated in the provincial parliaments. There, as of January, only four of the 1,418 members are Muslim. That the number of minorities exceeded 300 as recently as November 2014 reiterates that the BJP’s democratic success is contingent on eliminating minorities from having any, let alone an equal, political voice.

Ultimately, however, a political system is by definition too grandiose to be judged technically. What matters is its moral accountability, and democracy’s bankruptcy is laid bare when the metric is the only one that matters: delivering freedom.

All Indian parties sing from the same democratic hymn sheet. Yet Indians continue to be subjugated, both absolutely and relative to other developing nations, by poverty. This is often blamed on the handicap of massive colonial exploitation, which developed Europe at India’s expense. But this blame culture divests leaders of any responsibility for having failed to free people, and even permits the erosion of what little freedom they enjoy. What democracy offers then is a powerful elite empowering itself by demonising the enemy without, and by exacerbating inequality within.

Nor are the devastating effects of democracy limited to democratic states, for they wage war. India has been involved in continuous border wars since independence, at a minimum, with Pakistan. Meanwhile, China has fought less in the past 40 years than the UK, France and the US did in one weekend of bombing Syria. The West calls the Tiananmen Square incident a “massacre”, but it is insignificant compared to the deaths meted out by the democratic West’s militaries.

A pacific China is possible because its political system is moral in a manner impossible for democracies. China is moral for delivering freedom, more equitably and efficiently than, at the very least, India. Until the 1950s, India’s gross domestic product per capita was higher than China’s. In 1978, China’s was US$13 more than India’s.

That China’s political system achieved this is all the more remarkable because those decades saw the tumult of the Great Leap Forward and the Cultural Revolution, but no economic reform. The superiority of China’s political system is confirmed by the freedoms citizens – and beneficiaries of Chinese investment globally – now enjoy thanks to stupendous growth, distributed equitably, over the past 30 years. As the World Inequality Report notes, Chinese inequality is “moderate” because Beijing invests in everyone but Indian inequality is “extreme” because investments are made by them for themselves.

(Be sure to click on the arrows on the top right of the diagram below to see more panels.]

In short, China’s political system, without deluding its people or resorting to international violence, ensures the elite deliver freedoms to the people in a manner unimaginable in India or other democracies. Representative is the freedom to travel and think. In 2017, just 16,000 Indians, versus 88,000 Chinese, were allowed to study in the UK.

Their predecessors imported democracy to Asia, but it is now time for Indians to reassess their inheritance and for the Chinese to disseminate the truth about democracy vis-à-vis Beijing’s system.

The latter is unlikely because Chinese politics encourages humility. After all, which democrat speaks of building a moderately prosperous society, as Xi Jinping did, and that, too, with his political system’s unparalleled success at bettering not just Chinese citizens, but also, mankind?

This article appeared in the South China Morning Post print edition as: Why democracy is no longer fit for purpose in India. 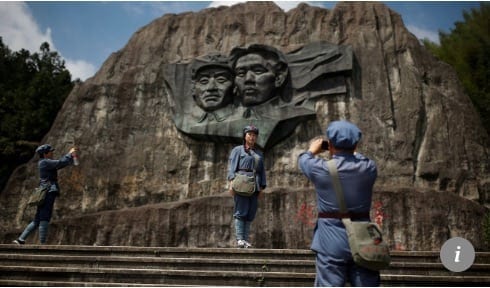 PRIDE IN THEIR NATION AND MORALE REMAIN HIGH IN CHINA Chinese dressed in replica red army uniforms take pictures at a base relief showing former Chinese Communist leaders Mao Zedong and Zhu De at a historic site of the Long March in the mountains outside Jinggangshan, Jiangxi province, on September 14.

ABOUT THE AUTHOR
Deep K. Datta-Ray is the author of The Making of Indian Diplomacy