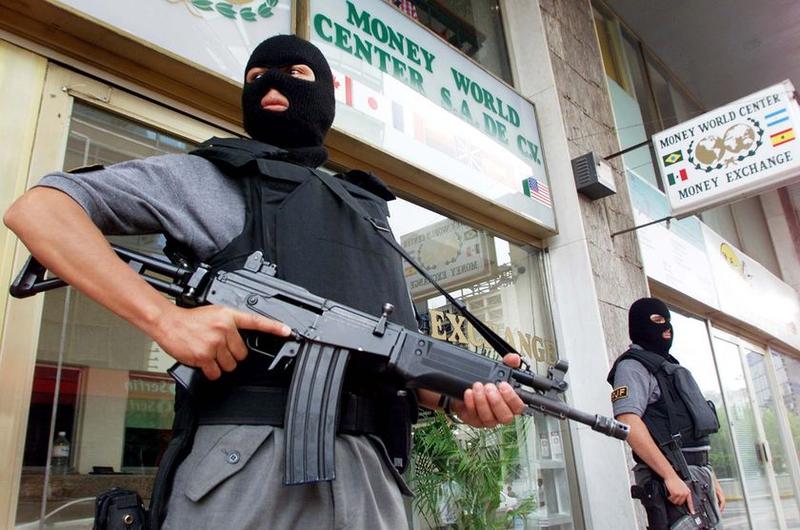 The drug infestation in Mexico, which permeates and rots all political institutions, has also given the state an excuse to militarize further the policing of the people.

The transitional team of Mexico’s president-elect declared that the populist-nationalist will pursue a so-called “negotiated peace” with the drug cartels when he assumes office in December.

This policy is extremely risky because of the chances that it could counterproductively embolden non-violent drug dealers and legitimize their influence over society if the proposed plan passes a referendum sometime in the future, thereby representing a Hybrid War security risk for the US if this leads to an increase in Mexico’s drug and migrant “exports” to the country. It could even be because of the credible risk that this plan poses that Trump decided to go forward with his most ambitious border security proposals at the time that he did, rightly predicting that Andres Manuel Lopez Obrador – commonly known by his initials as AMLO – would win last weekend’s election and prepare to set this policy into motion.

AMLO campaigned on radically changing the state of affairs in Mexico, and something arguably has to be done about the conflict that has killed over 200,000 people since 2006 and led to the assassination of over 100 politicians during this election season alone. For all intents and purposes, the country has been embroiled in an undeclared civil war with no clear political objectives, and the state’s struggle has been made all the more challenging by the fact that many of its institutions – and especially its police and military – are infiltrated by the cartels, therefore creating a parallel “state-within-a-state” and placing Mexico on the verge of collapse as a functional political entity. Faced with this dire predicament, AMLO is hoping that the Colombian model of “transitional justice” can stabilize the situation.

The president-elect’s team has repeatedly praised the South American nation’s efforts at ending its decades-long civil war with FARC, believing that the “soft” approach of shunning state violence and instead working to reincorporate armed militants into society is the best possible strategy available. The issue, however, is that Mexico’s cartels don’t have any formal political vision despite the influence that they wield in this sphere and the comprehensive control that they have over certain parts of the country, so it remains to be seen what relevance this key aspect of the Colombian model would have. Although they both traffic drugs and have carried out killings, there isn’t much else in common between FARC and the cartels to justify this approach.

Mexico is therefore in a conundrum because it must urgently deal with the cartels yet there’s no perfect solution for doing so, as the existing “hard” policy has evidently failed while the “soft” one could amount to surrendering the state to their clutches. These groups are also much too enticing of a lever of possible influence against the Mexican government for US intelligence agencies to willingly abandon them, especially since they might one day want to exploit them as Hybrid War instruments against AMLO if his foreign policy becomes too multipolar. Still, if left unchecked, these very same cartels could pose a serious national security threat to the US, meaning that it has a natural stake in the outcome of AMLO’s risky bet one way or another.

The post presented is the partial transcript of the CONTEXT COUNTDOWN radio program on Sputnik News, aired on Friday July 13, 2018:

ABOUT THE AUTHOR
Andrew Korybko is a political analyst, journalist and a regular contributor to several online journals, as well as a member of the expert council for the Institute of Strategic Studies and Predictions at the People’s Friendship University of Russia. He specializes in Russian affairs and geopolitics, specifically the US strategy in Eurasia. His other areas of focus include tactics of regime change, color revolutions and unconventional warfare used across the world. His book, “Hybrid Wars: The Indirect Adaptive Approach To Regime Change”, extensively analyzes the situations in Syria and Ukraine and claims to prove that they represent a new model of strategic warfare being waged by the US.

Summitgate and the Campaign vs. ‘Peace’