On The ‘Soft Progressive-liberal Block’ 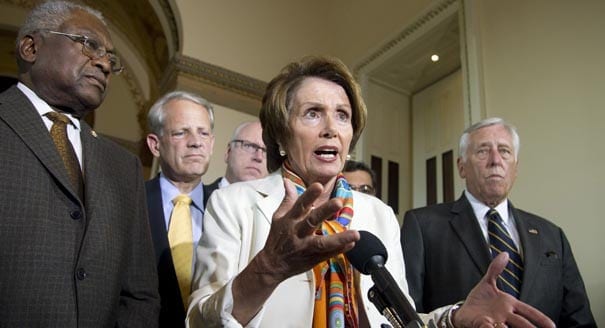 Democrat leadership: the oxymoron of all time, and that's not counting the betrayals.

The “soft” progressive-liberal bloc in the US, individuals and organizations alike, have become so pathologically consumed with the conviction that Donald Trump is the Great Orange Satan who must be removed from office forthwith, and by any means necessary, that they hysterically embrace any public figure who opposes (opposed) Trump.

The ‘soft progressive liberal set’ - just as ‘Dems’ and ‘Reps’ - don’t really present a political ideology, framework, view-point, or even low-level adherence and/or claims. They are cover for an underlying hidden structure: informal tribes/circuits and sections in an oligarchic corporatist régime, or even something different, which I won’t go into now.

Obama ran on a non-interventionist stance and a ‘re-set’ with Russia-relations platform, for which he was awarded the Peace Prize (which is not a recommendation). Trump did the same in a more loudmouthed vulgar pointed way and was vilified and is despised ‘to the death’ for it. While impeachment and a nasty accident seem out of reach, as wildly imprudent, he is prevented from acting. By the way, Bush junior did the same which garnered him the Muslim vote which probably won him the election. Yes, study the numbers. (Setting aside hanging chads and the Supreme Court, Bush still needed a pile of votes.)

The question is, what is the aim of the resurgent hate-Russia meme, now boiling-over and turned crazed hysterical? Is it at heart contra-Trump or contra-Russia? Of course one could answer ‘both’ but that doesn’t explain ‘russiagate’ and the self-harm the U.S. is trapped in.

Another sign that the political divisions are ‘pretend’ is that the ‘Dems’, the ostensive losers re. Trump, have not behaved like a political party that loses. These generally disband, retire, fold, or make efforts at reform, re-orientation etc. Renewal may be tough but they often try. (As did the Repubs after Obama’s election, though the effort was incredibly weak.) Nothing like that is going on, because the fight is not political. It is based on tribal desperate angst at the ‘surprise’ election of an outsider who holds cards in his hands nobody can speak about.

To 'True Believers', if [Alexandria Ocasio-Cortez] seems equivocal, or even confused, about the nature of (Democratic) socialism or expresses anodyne, conformist, safe positions, they will justify this as sensible reticence. AOC has to appeal to the elusive "center", and charm skeptical voters by not appearing unduly extreme or, God forbid, radical.As with Obama and others similarly situated, they pretend that once the ostensible Third Way newcomer is accepted and established, they can and will gradually disclose their true political selves, and act accordingly. Regardless of how often this scenario fails to work as hoped, they remain convinced that it's both unavoidable and prudent.

Ocasio-Cortez is merely a willing actress poster-babe (she will earn a LOT). The role is not different from prancing about in lovely swish skirts on some MSM-TV series. She was selected for her looks / background (not the best re. the background, but there aren’t many candidates, which is very hopeful imho), her naiveté, ignorance, and submissive stance. Some ‘fake’ younger figures -only women and male gays, girls are more acceptable to the general public- have to be pictured as up-n-coming Dems, in a kind of sketchy and unconvincing parade of ‘diversity’ and so on.

The Crucifixion of Jeremy Corbyn