Home ABOMINATIONS Il-20: No Apology From Tel-Aviv! – Special Reports From Syria and Israel

Il-20: No Apology From Tel-Aviv! – Special Reports From Syria and Israel

Dispatches from The Saker 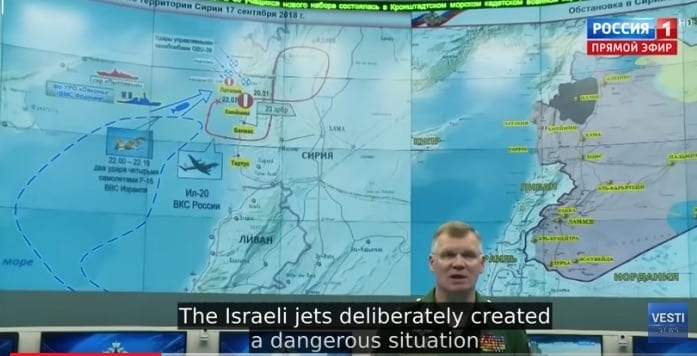 Please note the refreshing, no nonsense tone of the reports, especially the second one (60 Minutes).
It's clear Israel gets away with these dastardly provocations because it's hiding behind the skirts of NATO, and the specter of WW3. Not to mention Russia's very heavy pro-Israel 5th column.

Il-20: No Apology From Tel-Aviv! - Special Reports From Syria and Israel

A Russian airplane has been shot down in Syria. 15 crew members were killed. The tragedy was the result of Israel's horrible provocation. Last night, at about 11 PM Moscow time, four F-16 fighter jets attacked Syrian military facilities and simply used a landing Russian airplane as a shield.

And below, similar report by RT.com:

Putin is losing his credibility as a strong leader in dealing with Zionist Israel. He is allowing Netanyahu to get away with terrorism.
About the Author