Home NATO GANGSTERISM In the Aftermath of Israeli Attack

In the Aftermath of Israeli Attack

Our thanks to Hiroyuki Hamada for bringing this to our attention.

A few instructive angles on recent Israeli attack against Syria and Idlib deal.

“Mourn but don’t lose your head. 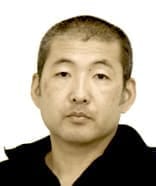 Agreeing on a demilitarized zone does not disrupt the plan for eventual attack on Idlib by Syria and allies. Turkey thinks to please NATO chums for reinforcing their fake stance as concerned humanitarians.

The demilitarized zone does not prohibit presence by “opposition” forces. This could mean that forces supported by Turkey will flock there and Turkey will scoop them up and take them to safety across the border. Which will leave al-Qaeda/Nusra (HTS) to deal with.

But, while Turkey fiddles, her NATO allies are still not happy. They seek an excuse to intevene and escalate the war in Syria.

So, on Tuesday, Israel and France down a Russian military plane, killing 14 Russian personnel. It’s a provocation.–one of very many Syria has endured and quite a few Russia has, too.

But Russia doesn’t take the bait.  There’s nothing to gain by retaliation. The plan remains the same: liberation of Idlib will come. So Russia calls this provocation “accidental.”

Wars are not won by losing one’s head every time the enemy provokes–even at a wanton and a criminal act, a war crime, such as the one perpetrated by France and Israel.

If Russia had responded to every provocation from 2015, where would Syria be now?”

Also, Syriana Analysis gives us an insightful angle which illustrates pragmatic dynamics on the ground revolving around the Idlib deal.

“Kevork Almassian writes:
The Russian-Turkish agreement for Idlib is not a bad deal and if Turkey implements it, it could achieve a number of objectives:

1- Erdogan abandons his parallel terrorist army, meaning the most radical groups in Idlib and the taking over heavy weapons from all armed groups until 9 December in a 20KM demilitarized zone.

2- Contain NATO threat and ensure that Turkey remains close to Russia and whether we like or not, this equation serves indirectly the Syrian interests. Ankara in the arms of Washington brought us ISIS and Al-Nusra Front. Ankara, close to Moscow, resulted in the agreement of de-escalation zones, which later led to the liberation of vast areas from terrorists’ hands.

3- Solving the issue of Idlib gradually starts with pulling the heavy weapons and the separation Al-Nusra Front from smaller terror groups, which will make the latter like a dog who lost his teeth. They will bark loud without causing serious damage.

On the other hand, this agreement maintains the influence of Turkey in an area whose people echo Erdogan more than “God”.”

Also, as a critical background, although one might not like it, it is very much instructive to know the realistic angle of the Russian president toward Israel and the Middle East. His own words:

And here is a map of demilitarized zone agreement from @sarah abed’s wall. Thank you Sarah. 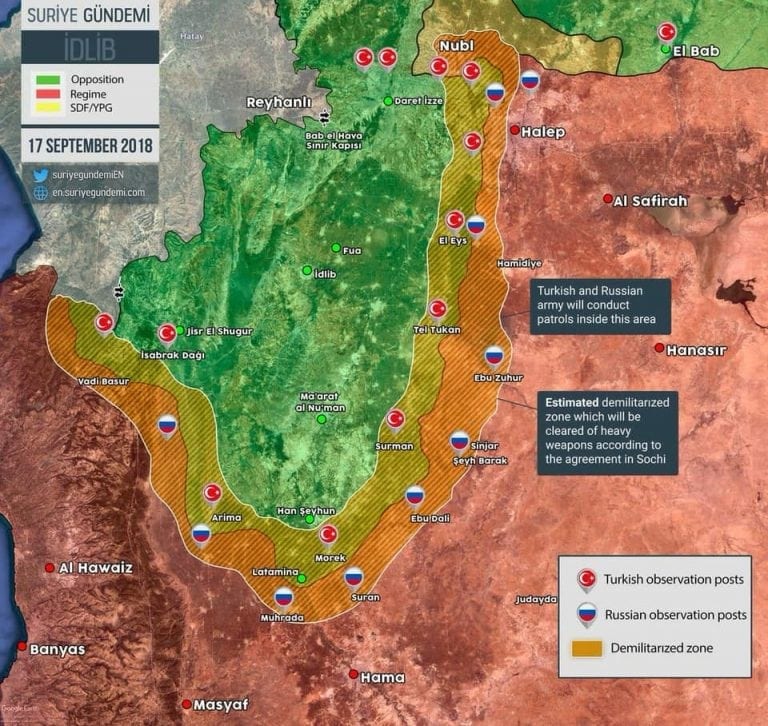 The fallacy of western economics II; China Breaks the mould

How did Stalin become a monster? Gute frage!

A Peek On The Situation In And Around...

New Idlib Ceasefire Is Already Crumbling And Nobody...

The French/Israeli attack on Syria and the death of 14 Russian servicemen was an obvious provocation. Everyone knws that NATO and Isarel are essentially controlled by Washington, so what is the uktimate goal of all these exercises in WW3 brinkmanship? The confsion surrounding Russia’s reponse to this tragic event, or rather Russia’s very tepid or “measured” response is baffling to many.

Here’s on ethat aptly sums up what many are thinking:

Putin says it was a tragic set of circumstances.

Could there be a more passive response. Sounds like it came straight from the U.S. State Dept.. The only thing missing was some twisted version of how Israel has every right to protect itself even when using a Russian airliner as cover for an illegal missile strike against a Russian ally.

No mention of agency or responsibility for initiating this “tragic set of circumstances”.

The reality is the jews have every western government AND Russia under their thumb and they can do whatever the f*ck they want with no fear of actual reprecussions other than some tepid verbal wet noodle lashing at worst.