Home ABOMINATIONS How the American Media Was Destroyed

How the American Media Was Destroyed

In my September 24 column, “Truth Is Evaporating Before Our Eyes,” https://www.paulcraigroberts.org/2018/09/24/truth-is-evaporating-before-our-eyes/ I used the destruction of the CBS news team that broke the Abu Ghraib story and the story of President George W. Bush’s non-performance of his Texas Air Force National Guard duties to demonstrate how accusations alone could destroy a Peabody Award winning, 26 year veteran producer of CBS News, Mary Mapes, and the established news anchor Dan Rather. 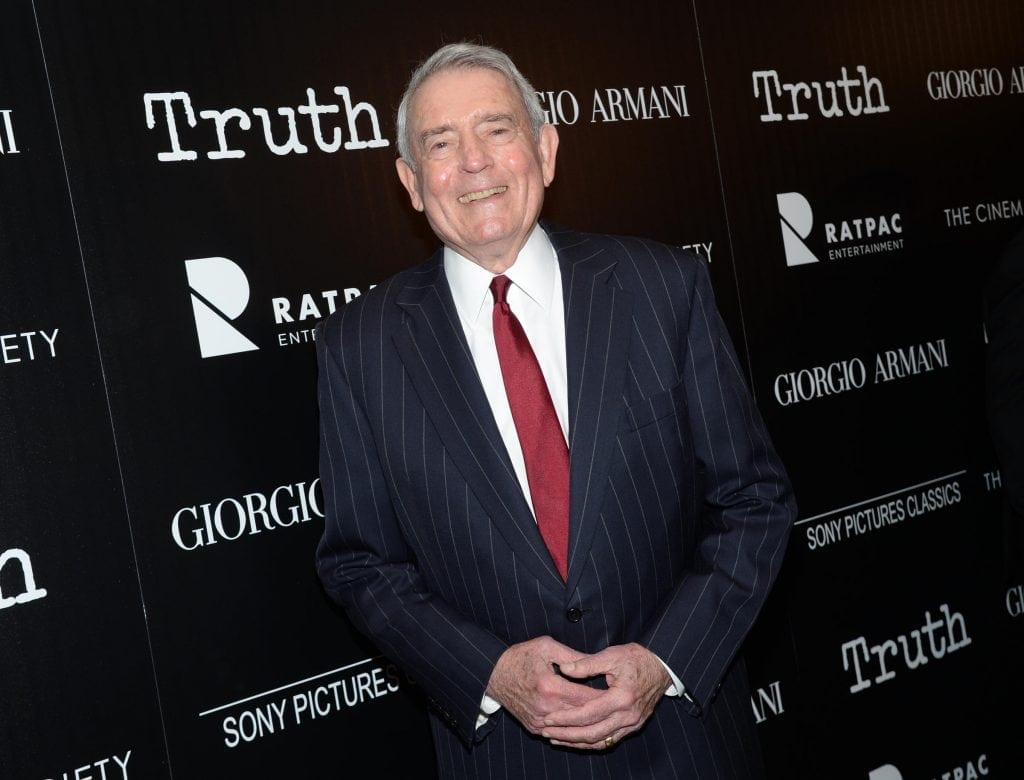 Dan Rather, like most US journalists, lacks a grounded understanding of history and politics. The same man who had performed a service by unmaking the chicanery behind GW Bush’s draft avoidance scheme, was also later appearing on talk shows proclaiming his support for Bush-Cheney’s Iraq war based on fabrications about WMDs. When it comes to systemic “inconvenient truths” or clear opposition to US imperialism, almost all mainstream American journalists are ignoramuses or cowards.

I have many times written that it was President Bill Clinton who destroyed the independent US media when he permitted 90 percent of the US media to be concentrated in six mega-corporations that were in the entertainment and other businesses and not in the news business. This unprecedented concentration of media was against all American tradition and destroyed the reliance that our Founding Fathers placed on a free press to keep government accountable to the people.

Until I read Mary Mapes book, Truth and Duty (St. Martin’s Press, 2005), I was unaware of how this monopolization of the media in violation of the Sherman Anti-trust Act and American tradition had proceeded to destroy honest reporting.

Here is what happened. The Texas Air National Guard was a place the elite placed their sons to avoid the Vietnam War draft. Copies of documents written by Lt. Col. Jerry B. Killian describing George W. Bush’s ability to jump the large waiting list hoping to avoid the war, Bush’s non-compliance with National Guard requirements and Bush’s unauthorized departure to another state were given to CBS. The CBS team worked for many months to confirm or discredit the documents. The information in the documents proved to be consistent with the interviews of people acquainted with George W. Bush’s time in the Texas National Guard.

It was a carefully prepared story, not a rushed one, and it fits all the information we now have of Bush’s non-performance.

The Republicans seized on this chink in the armor to turn the issue away from the truthfulness of the CBS 60 Minutes report to whether or not the copies were fakes. 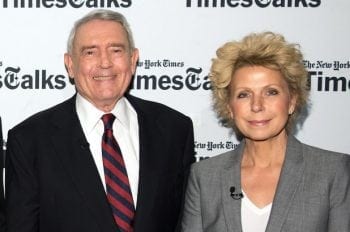 Rather and his embattled producer, Mary Mapes.

CBS had two other problems. One was that Viacom, its owner, was not in the news business, but in the lobbying business in Washington wanting to enrich the company with legislative perks and regulatory permissions. Truthful news from CBS, exposing US torture in the face of the Bush regime’s denials and showing that Bush was too privileged to be held accountable by the Texas National Guard, was damaging Viacom’s highly paid lobbying effort.

When the right-wing bloggers took after CBS, the Viacom executives saw how to get rid of the troublesome CBS news team. Viacom executives refused to support their reporters and convened a kangeroo count consisting of Republicans to “investigate” the 60 Minutes story of Bush’s failure to comply with his obligations to the Texas National Guard.

Viacom wanted to get rid of the independent news constraint on its lobbying success, but Mary Mapes and her lawyers thought truth meant something and would prevail. Therefore, she subjected herself to the destructive process of watching the orchestrated destruction of her career and her integrity.

CBS’ other problem was that, with or without justification, CBS and Dan Rather were regarded in conservative Republican circles as liberal, a designation equivalent to a communist. For millions of Americans the controversy was about liberal CBS trying to harm George W. Bush and leave us exposed to Muslim Terrorism. In right-wing minds, Bush was trying to protect America from Muslim terrorists who blew up the World Trade Center and the Pentagon, and CBS was trying to smear President Bush. 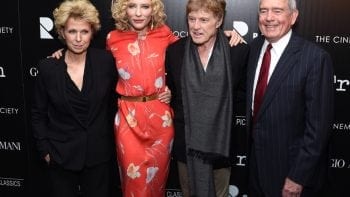 Maverick director Robert Redford made a film out of this story, Truth, with himself as Dan Rather and Cate Blanchett as Mary Mapes. In photo, Mapes, Blanchett, Robert Redford, and Dan Rather. (At screening of Truth in 2015). Photo by Andrew H. Walker/Variety/REX Shutterstock (5225280f)

Why didn’t the American media defend CBS’ careful reporting? The answer is that this was a time when TV news media was dying. The Internet was taking over. The rest of the media saw in the demise of CBS a chance to gain that market and have a longer life.

So the rest of the media took up the fake news that 60 Minutes had presented a report based on fake documents. The media did not realize that they were signing their own death warants. Neither did the right-wing bloggers that the Republicans had sicced on CBS. Today, these bloggers are themselves shut off from being able to express any truth.

Truth in America is being exterminated, and the destruction of CBS news was the starting point. As Mary Mapes reports in her book, as soon as Viacom was entirely rid of 60 Minutes with the firing of the entire staff, on the very next day Viacom held a triumphant annual investor meeting. Chairman Sumner Redstone was awarded a a $56 million paycheck for 2004. Chief operating officers, Les Moonves and Tom Freston “each pocketed a whoopping fifty-two million for the year.”

And the CBS news team went without mortgage, car, or health insurance payments.

Mapes writes: “Just a few years ago, this kind of corporate executive largesse was unherd of. Now, these media Masters of the Universe have taken over the public airwares and they have one obligation: making a profit.” Ever a larger one, which requires protecting the government and the corporate advertisers from investigative reporting.

The consequence today is that the American media is totally unreliable. No reader can rely on any report, not even on a New York Times obituary.

Paul Craig Roberts is a former Assistant Secretary of the US Treasury (of all places under Reagan!) and Associate Editor of the Wall Street Journal. Roberts’ How the Economy Was Lost is now available from CounterPunch in electronic format. His latest book is The Neoconservative Threat to World Order.