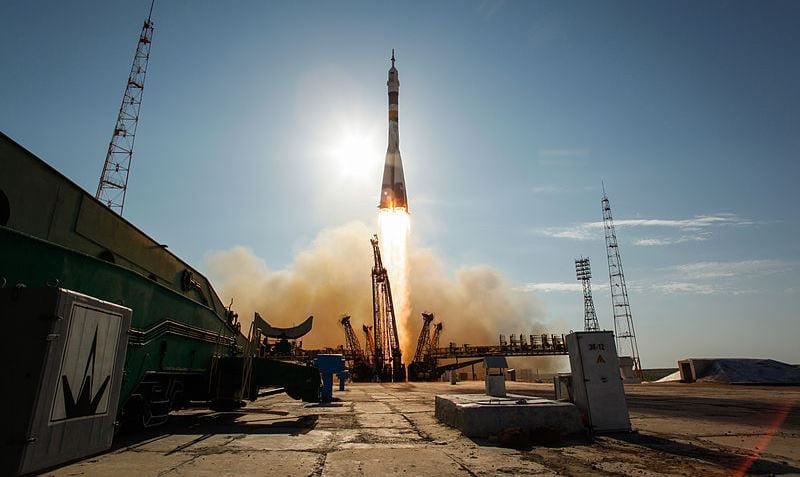 Russia is mulling over the idea of leaving a moon exploration project it has been pursuing with the United States. One option on the table is to ditch the plans of building a joint moon-orbiting space station and instead go it alone or with other partners. Moscow possesses the technological and industrial capabilities to do so and is not dependent on America, which is offering Russia only a “junior” status in that project. Dmitry Rogozin, the head of the Russian space agency Roscosmos, claims that Moscow might prefer to join efforts with its BRICS partners instead

The statement made by Mr. Rogozin came on the heels of the meeting of the International Space Station (ISS) Exploration Capabilities Study Team, which was held in the United States  September 8-15. Moscow has not abandoned the plan as yet, but that possibility is under consideration. In August, Russia confirmed that it will stop flying US astronauts to the International Space Station in April of next year, once a contract promoting the bilateral partnership of that project comes to an end.

Last September, Roscosmos and NASA agreed to develop the Lunar Orbital Platform known as the Deep Space Gateway, which will function as a staging outpost for future missions. This was a rare moment of bilateral cooperation amidst an atmosphere of mounting tensions. The relay platform could then be expanded to act as a resupply station for manned missions to Mars or further exploration of the moon. The craft would be powered by NASA’s Solar Electric Propulsion — technology that draws power from the sun. Construction is due to begin in 2022, with the first modules of the Gateway expected to be completed two years later.

NASA wants its Russian partner to build a docking compartment and an adjacent module, but with both components meeting US-defined technical requirements. An airlock module through which astronauts would be discharged onto the platform would ensure the use of solely US-made space suits, making this more of  an American project with Russian input, rather than an equally shared joint program. Russia might make its own proposals as an alternative. The heads of the US and Russian space agencies are to meet at the Kazakhstan-based Baikonur cosmodrome during the preparations for the launch of a new crew up to the International Space Station (ISS), which is planned for October 11.

The US is an important partner but it’s not indispensable. After all, it’s NASA that depends on Russia for space travel (using the Soyuz spacecraft), not vice versa. The United Launch Alliance (ULA) cannot do without Russia’s RD-180 and RD-181 rocket engines that are needed to power the Atlas V rockets.

Roscosmos provides launch services using its own orbital-class rockets. Russia produces its own satellites and scientific payloads. It has achieved human spaceflight and interplanetary robotic science missions. It has the most space station experience. It is working to develop heavy-lift rockets that would allow it to build its own orbital platform near the moon. A private Russian company is working on a sea launch project. In July, the Russian Progress MS-09 cargo ship delivered a fresh load of supplies to the ISS in record time, docking at the station in automatic mode less than four hours after launch — the first time such a fast-track approach had been used.

The Russian Institute of Space Research (IKI) has five lunar missions planned between 2018 and 2025. The European Space Agency (ESA) will take part in three of them. Luna-27 will penetrate the moon’s surface a meter into the regolith—the surface layer of dust and rock debris—to take samples. The Russian Foundation for Advanced Studies’ (FPI) is working in partnership with Roscosmos and the United Aircraft Corporation to create a reusable rocket.

Russia can easily find willing partners. The Russian-European ExoMars, the first mission to move across the surface and to study Mars in depth, is to be launched in 2020. A Russian Proton rocket is to land a European rover and a Russian surface platform on the surface of the planet. One of their tasks is to search for signs of life. In 2009, a Russian neutron detector hitched a ride with NASA’s Lunar Reconnaissance Orbiter to spot pockets of subsurface water ice.

In February, Roscosmos instructed its strategists to evaluate the idea of cooperating with China by supplying Russian hardware for the Chinese space station. In March, the Russian and Chinese space agencies signed a memorandum of intentions on a possible joint effort in the exploration of the moon using robotic probes.

Russia and the US have been working closely together in space ever since the joint Apollo-Soyuz mission in 1975. Both nations supported the ISS. The US space program has largely survived thanks to Russia’s rocket engines. Russia’s Soyuz capsules transport American cargo to the ISS. With the sanctions war raging, a lack of progress in arms control, and greatly differing approaches to all major international problems, space exploration remains the only area where the two powers continue to work together.

The future of this cooperation is uncertain. It could end soon. The parties might go their separate ways. Russia can afford to. It has cutting-edge technology and extensive experience to lean on. It also has a lot to offer to other space-faring nations. Together with its partners, it can steer an international effort. Losing Russia as a partner will hardly benefit the United States. Its defense spending dwarfs that of other nations but it is losing its edge in emerging technologies to Russia. It could fall behind in the same way when it comes to space research. The hope that space cooperation could become a building block to improve that relationship in general appears to be fading.

ABOUT THE AUTHOR
The author is a geopolitical analyst specializing in East-West struggles.

The US Military-Industrial Complex’s Worst Nightmare: The S-300 May Destroy and Expose the F-35

Syria – Another Ceasefire In Idleb – Erdogan...

Syria – Another Short Note On The Recent...