On September 28th, Lugansk Peoples Republic (LNR)Deputy Foreign Minister Anna Soroka and Andrey Chernov gave a presentation unveiling a photo album entitled Unanounced War. This collection of 150 images details the war crimes by the Ukrainian government during the war from 2014-2018.

Over the last 4 years, many journalists including myself reported on the war crimes committed by Ukrainian punisher battalions and sometimes the Ukrainian army. These war crimes are privately funded by Ukrainian Diaspora groupsled primarily by US and Canadian citizens.

The Ukrainian punisher battalions and Ukrainian volunteer battalions take pride in the fact there is no need to hide any of Ukraine’s crimes from the West’s prying eyes.

Even now, when there is supposed to be a ceasefire so the children can go to school, Kiev is shelling cities and towns across Donbass. On September 29th, in just 24 hours Ukrainian army units shelled DNR (Donetsk Peoples Republic) over 300 times violating the ceasefire.

Last night in Staromikhailovka, a town west of Donetsk, a small girl was injured during the shelling.

September 30th was another tragic day when 3 boys aged 13-15 were killed when one stepped on an anti-personnel mine near the city of Gorlovka, DNR. The boys were on a path to the side of a main walkway. A 10 year old was badly injured in the mine-blast and is in the local hospital.

For the last few years, when LNR or DNR tries to clear landmines, the Ukrainian army stops them using snipers. Mines show up in areas that LNR and DNR clear. The children of Donbass deserve better than to become statistics in either sides casualty count.

The only benefit this could have is to aid Ukraine in terrorizing women and children and close the schools like Petr Poroshenko promised in 2015. 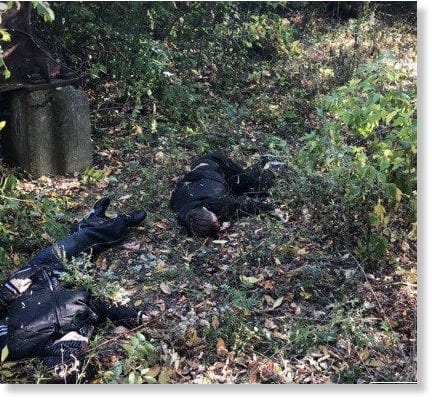 The strategy Ukraine has in mind is simple. As long as there are children in the small towns on the outskirts of the cities, people will stay there. If Ukraine can destroy the schools in a town or make the families with children move, the town dies quickly because almost everyone else leaves soon thereafter. This strategy is part of how they are cleansing villages in the gray zone. They fire on schools, hospitals, kindergartens, and churches to destroy the social fabric of a town.

They lay personnel landmines to destroy the families and more important, make them leave. The image above shows small boys whose only crime was being small boys on a hike in an area they should have felt safe in. They weren’t on the front lines. They were in a town on the edge of the demilitarized gray zone.

LNR’s Foreign Ministry is shedding light on this situation internationally by publishing the photo album dedicated to the people caught in the Donbass genocide from 2014-18. It will be made available to libraries and government institutions internationally.

Deputy Foreign Minister Soroka hopes to inspire more international journalists to come to Lugansk People’s Republic and report on what they see here.

Stopping the war against civilians and especially children in LNR and DNR is the prime concern the Foreign Ministry is tasked with. After Foreign Ministers Vladimir Danego and Denis Pushilin negotiated an agreement and a path to reintegration in the failed Minsk I and Minsk II agreements, Kiev has yet to make any effort to fulfill the terms they agreed to.

Ukraine has no intention of keeping Donbass as part of Ukraine. This is why the Poroshenko gives medals to soldiers that refused to join the Ukrainian army and commit atrocity.

The following gives a little insight into what goes on in LNR at the ministry level. Where are the war-journalists now that they are invited? Starbucks?

Glance at that last photo again. Is your heart in your mouth? The agreement that created the gray zone (no fire zone) is there to protect kids from this happening. It’ s there to keep the schools and hospitals from being shelled.

How many heart wrenching days do the families in Donbass need to endure? Kiev constantly shells, pounding the places children go to play. Is this the government you’d want sworn to protect your own children? How many more young lives will be lost when all you need to do is reach out and call your congressman?

I’ve been in Donbass since 2012. I’ve interviewed and spoken with all the people I need to. I lived through the uncertainty of whether or not we die today, in 2018.

If you’re a journalist and you want to know the big story in Eastern Europe, come and talk to people yourself. The locals will tell you. But don’t talk to me about the Ukrainian nationalists in Kiev until you’re ready to see the butchery they unleashed on their own people.

It’s time to be adults because Poroshenko’s government obviously can’t. Stop the funding to Ukraine. 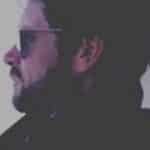 GH Eliason lives in Ukraine. He writes content and optimizes web based businesses across the globe for organic search results, technical issues, and design strategies. He is also a large project construction specialist. When Fukushima happened it became known that he was a locked high rad specialist with a penchant for climbing. He was paid to climb a reactor at a sister plant to Fukushima 3 because of a "million dollar mistake". His now works in  project safety.
Make sure many more people see this. It's literally a matter of life an death. Imperial lies kill! Share widely.
0
FacebookTwitterPinterestRedditEmail
previous post

The Decreasing Relevance Of Sino-Russian Rivalries