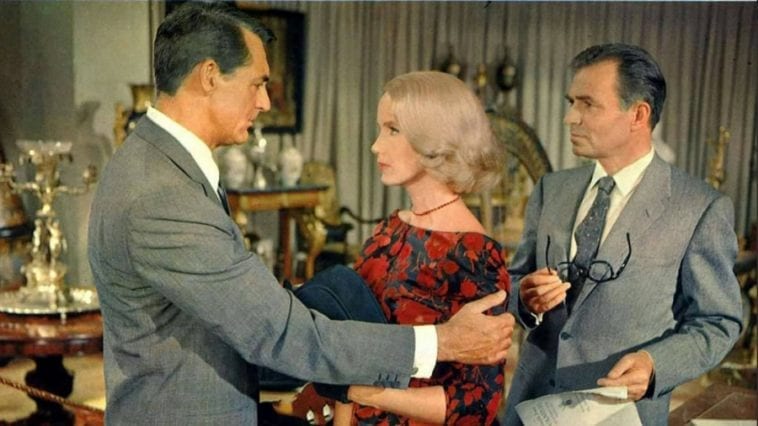 North by Northwest: Another interesting meme that this film utilises —though totally misleading—is the widespread notion that most communists are perveerse, cold-blooded rich society types. The same theme crops up in many movies, including The Manchurian Candidate, surely a turnoff to working stiffs watching their sneaky unpatriotic maneuvers.

If one studies many of Alfred Hitchcock's films, there is a consistent observation by the director about the public in general. Whether it be in Foreign Correspondent ( 1940) , Saboteur ( 1942), Shadow of a Doubt ( 1943), The Man Who Knew Too Much ( 1956 ) or North by Northwest ( 1959 ) to name but a few, Hitchcock's essential characters to the plot moved amidst a general public that seemed oblivious to what was going on. In reality, the majority of the public was engulfed in their own thing to be too aware of anything else around them. One scene that really resonates on this aspect is a moment in the film Saboteur. The main two characters, played by Robert Cummings and Priscilla Lane, are on the run from a Nazi spy and sabotage ring working in the United States in 1941. By that time, and this is pertinent to things, the American public already knew of the threat from the Nazis. War with Germany seemed imminent as Europe was already besieged by the German blitzkrieg. In this scene from Saboteur  Cummings and Lane are in a New York mansion owned by this Nazi front group while a fundraising party is ongoing. Cummings is trying desperately to alert partygoers as to what is transpiring. He approaches a couple who are enjoying the swing music and really ' into it' . He very seriously tells the man that " We're right in the middle of the biggest bunch of Fifth Columnists." The guy looks at him while snapping his fingers to the beat of the music and says " Are you kidding, what's the gag?" The woman with the guy, also deep into the swing music says " Ah , he's throwing ya a curve! " 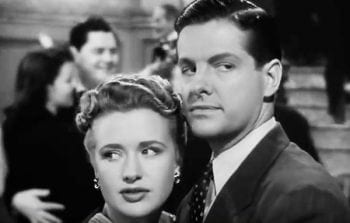 As it was in films like Hitchcock's, it seems that our general public has always been, to a great extent, oblivious to our Military Industrial Empire. The only time the majority of our fellow Americans seems to wake up from their self imposed slumber is when they feel threatened... personally threatened. As Goebbels did so masterfully from the 1930s- early 40s in Germany, propaganda can and will coerce the masses to march along with the empire into battle. This has always been the case throughout history, as our US 'foreign entanglements' can surely attest to. The cement that keeps this the public in place is their oblivious nature to facts and outright truth. A con man can only be successful if his pigeons are not focused enough. When the overwhelming majority of the mainstream media falls in line with the empire, well, the lemmings follow. The Soviet Union sacrificed 25+ million of its people to defeat the German onslaught and turn the tide of WW2, only to become our enemy in the Cold War not more than a year or two later. Think of how many of our citizens followed the drum beat of this empire's minions and believed ' Better Dead than Red'. And it goes on and on through the Korean and Vietnam debacles that they called wars, right into Iraq Wars 1 and 2 and this Goebbels- like War on Terror....

This empire spends over half or your and my federal taxes on military spending, for close to two decades. How many out there care? Just shoot them up with the ' legal narcotics ' of 24/7 sports, electronic gadgets and excessive consumerism, daily ' breaking news' on sex scandals, Republican vs. Democrat ' food fights' , and the natives won't get too restless. Meanwhile, the empire's corporate sponsors suck out the very air from the lungs of we working stiffs...

Good description of how the US public has been brainwashed by official news sources and distracted by shiny objects like entertainment, reality TV, and social media.