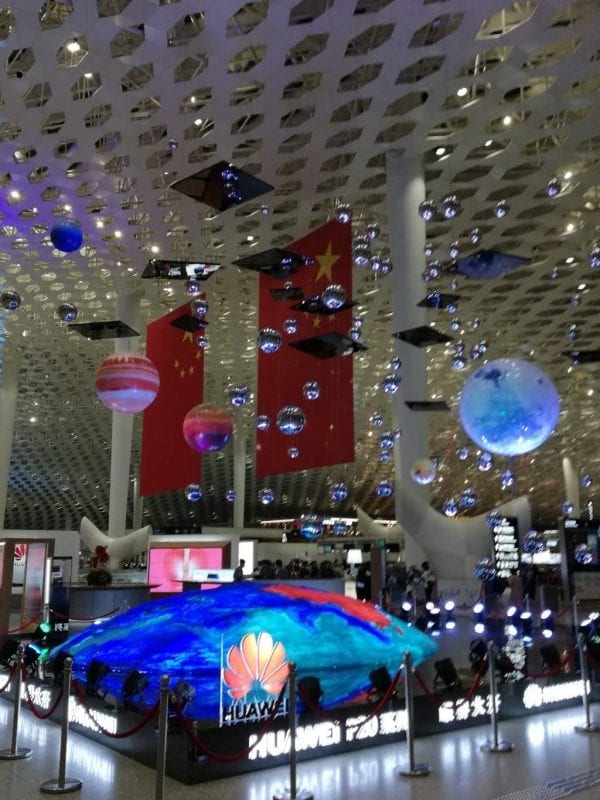 Pictured above: Huawei promoting its new P20 mobile phone that will incorporate artificial intelligence (AI). The huge flags of China are to celebrate National Day Week. Photo taken on my, er…hum… Huawei Nova 2, bought six months ago and already a relic of the past. All photos taken on 2018.9.28, at the Shenzhen Airport, on my way to a week of discovery in Hunan Province.

“60 Seconds over Sinoland” are direct reports, live from the streets of China. They put into perspective, with the West, China’s social, cultural and political context. China truly is the “Greatest Show on Earth” and when you understand its past, present and future, the headlines you read finally start to make sense. For 5,000 years, Asia’s enigmatic colossus has been and continues to drive world affairs, much more than Euranglolanders want to admit.

“The First Casualty of War is...