Home ABOMINATIONS Where Did the Phrase “Tree-Hugger” Come From?

Where Did the Phrase “Tree-Hugger” Come From? 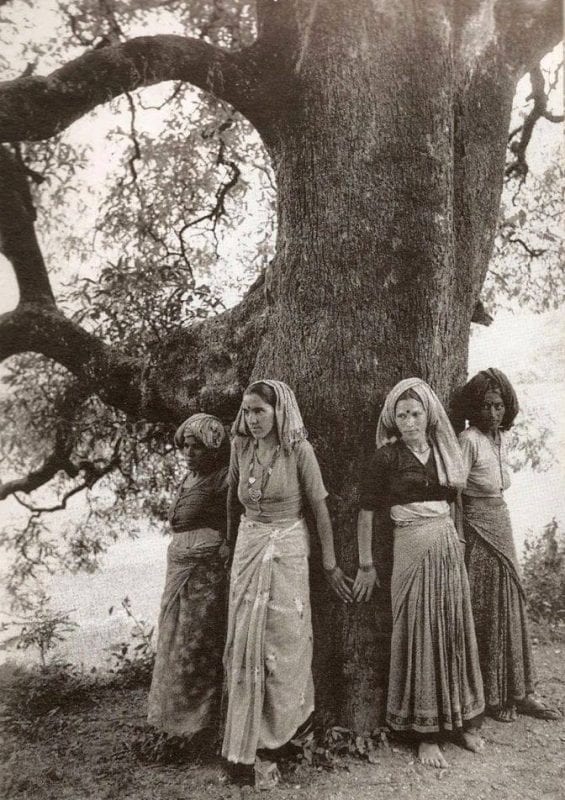 [dropcap]T[/dropcap]he Chipko movement (which means “to cling”) started in the 1970s when a group of peasant women in Northern India threw their arms around trees designated to be cut down.

A version of this article appeared in Waging Nonviolence

Show the slightest bit of concern for the environment and you get labeled a tree hugger. That’s what poor Newt Gingrich has been dealing with recently, as the other presidential candidates attack his conservative credentials for having once appeared in an ad with Nancy Pelosi in support of renewable energy. Never mind that he has since called the ad the “biggest mistake” of his political career and talked about making Sarah Palin energy secretary. Gingrich will be haunted by the tree hugger label the rest of his life. He might as well grow his hair out, stop showering and start walking around barefoot.

But is that what a tree hugger really is? Just some dazed hippie who goes around giving hugs to trees as way to connect with nature. You might be shocked to learn the real origin of the term. 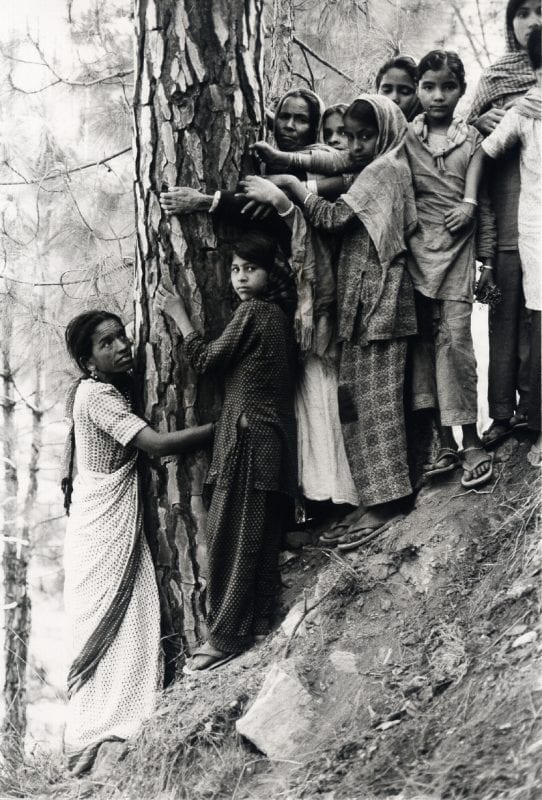 The first tree huggers were 294 men and 69 women belonging to the Bishnois branch of Hinduism, who, in 1730, died while trying to protect the trees in their village from being turned into the raw material for building a palace. They literally clung to the trees, while being slaughtered by the foresters. But their action led to a royal decree prohibiting the cutting of trees in any Bishnoi village. And now those villages are virtual wooded oases amidst an otherwise desert landscape. Not only that, the Bishnois inspired the Chipko movement (chipko means “to cling” in Hindi) that started in the 1970s, when a group of peasant women in the Himalayan hills of northern India threw their arms around trees designated to be cut down. Within a few years, this tactic, also known as tree satyagraha, had spread across India, ultimately forcing reforms in forestry and a moratorium on tree felling in Himalayan regions.

Despite this powerful history of nonviolent resistance, we still consider tree hugger a derogatory term. Meanwhile, a current example of forest protection in Brazil, where the country’s environmental agency has a special ops team that hunts down illegal loggers, gets all kinds of glory. Not that it shouldn’t, considering Brazil has cut deforestation by nearly 80 percent since 2004. But do environmental heroes need to, as the BBC recently described Brazil’s forest agents, “wear military fatigues, with heavy black pistols slung casually on their thighs” in order to get any respect?

In Africa, there are several conservation organizations that have a shoot-to-kill policy when they see a suspected poacher. Private security firms in Zimbabwe, the Democratic Republic of Congo and Malawi provide military-style protection for the iconic animals that Western tourists flock to see. While some have argued in support of these desperate measures–pointing to the dramatic rise in poaching in recent years–the “shoot first and ask questions later” approach has led to the deaths of locals, who just happened to be in the wrong place at the wrong time. These incidents of course lead to resentment toward conservation, which has been shown to be most effective when local communities are involved in the process.

Not surprisingly, people want to protect the land they live on. And like the Bisnhois and people of the Chipko movement, they are often willing to lay down their lives for it–armed only with their own two arms.

About the Author
Bryan Farrell is an editor at Waging Nonviolence, where he writes about environment, climate change and people power.

The editors regard nonviolence as just one tactic in the struggle against entrenched oppression of humans, animals and inanimate nature. It is not an absolute cure to the ills of this world, although it is obviously idealised by liberals who refuse to take into account various factors, such as context, culture, urgency and so forth. We also disagree with the notion, held by many mainstream environmentalists, who actively collaborate with the corporate power structure (cf., “greenwashing”), that “conservation” is everything and that animal suffering is secondary or irrelevant. Thus we prefer to see the issue as an ecoanimal question, devoid of speciesist connotations.

Did US and Allies Commit a War Crime by Bombing Syria on April 14th?