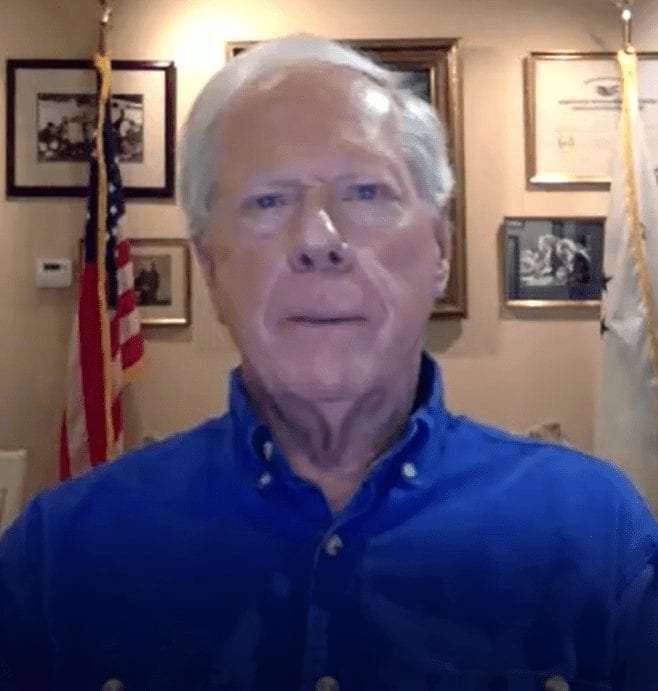 Economic expert and journalist Dr. Paul Craig Roberts says the ideas of the elite are awful, and they want to suppress free speech to get their policies instituted. Dr. Roberts explains, “The agendas of the elite are hidden. They are not something the American people would support. The elite are fearful that their cover stories are so thin that if truth can be shown on their agendas, they will be discredited. They will lose their abilities to impose their agendas. So, they are closing down truth tellers in order to maintain control over explanations. Alex Jones is a threat to the elites’ control over the explanations. . . . They are sending the message that says get onboard with the official explanations or we terminate you.”

Dr. Roberts goes on to ask, “Why is this possible? It is possible because the antitrust laws of the United States have not been enforced. These are all monopolies. Monopoly is against the law. It’s against the Sherman Antitrust Act, but they don’t enforce it because they’re so powerful. They just prevent the law being enforced. Plus, they have the neo-liberal economists saying that today you have to be a monopoly to compete globally. . . . It’s a lie, but it’s a cover for having just a few people controlling information.”

Dr. Roberts says big tech companies are too big to function fairly. Dr. Roberts explains, “They should be broken up, or they should be nationalized or actually they should be arrested. . . . They are part of a plot. They are engaged in high treason against the government of the United States. If I was the Attorney General, I would have all of them arrested and put in solitary confinement awaiting trial. That’s where they belong. That’s where Google belongs along with Facebook, YouTube, Twitter, Spotify, The New York Times, Washington Post, CNN, MSNBC and NPR. They are all involved in a plot to overthrow the President. So, they would all be arrested and put in jail. . . . Why aren’t they? Well, Trump just doesn’t have the power. They are stronger than he is. . . . There is not an ounce of integrity in the media.”

Why is the mainstream media (MSM) and the Deep State fighting so hard against Trump? Dr. Roberts contends, “All this started during the Presidential campaign when Trump started normalizing relations with Russia. It would be good for both of us, both countries. That’s when they cooked this up (Russian collusion with Trump campaign). They said, oh my gosh, we can’t have that. All the money we wallow in, the excuse for it, will be gone. That’s the main factor here, and it’s a huge sum of money. So, they are going to fight to the death over it.”

(This post talks about the attempt to remove Donald Trump from office, the corrupt MSM, and the huge money behind the treason.)

Dr. Roberts is a prolific writer on his website PaulCraigRoberts.org. It’s totally free, but you can help support Dr. Roberts by clicking here. If you want to buy one of his 13 books, click here. His latest book and the one he mentioned “The Neoconservative Threat to World Order” click here.

The Triumph of Evil